The Daily Nexus
Sports
Gauchos End Season on Wrong Side of Back-and-Forth Semifinal
November 13, 2014 at 5:09 am by Michael Jorgenson 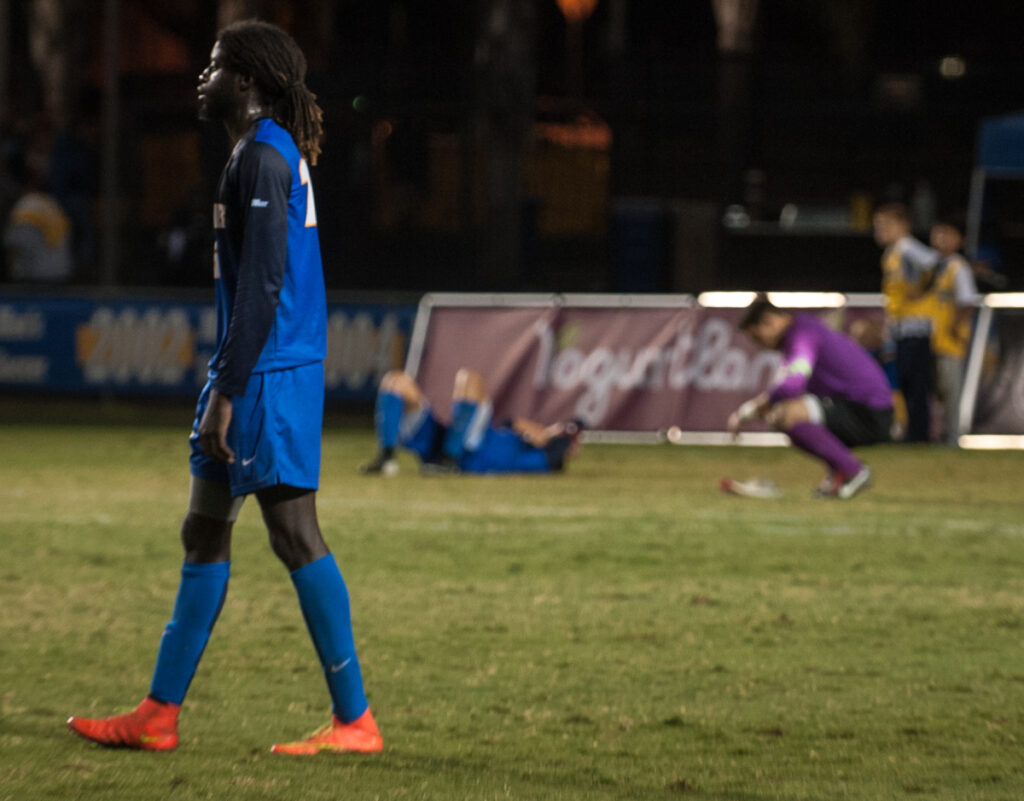 The Gauchos react to their defeat against UC Irvine in the Big West semifinals at Harder Stadium. (Kenneth Song/Daily Nexus)

For the second consecutive year, the UCSB men’s soccer team failed to advance past the Big West Semifinals, falling to UC Irvine yesterday at home by a score of 3-2.

With their first loss in nearly four weeks, the Gauchos closed out their season with a record of 10-7-3 overall and 6-2-2 in the Big West. The Anteaters improved their conference-leading record to13-5-2 overall with a 4-5-1 mark in conference play.

“We gave away the game tonight,” Head Coach Tim Vom Steeg said. “To me this game was won and lost in the first 15 to 20 minutes. I can’t remember the last time we gave away a game when it meant as much as it did tonight for us.”

After sitting out the Quarterfinals with a bye, a rested Gaucho squad came out with all the momentum early on against the slumping Anteaters.

In just the first minute of play, a handball in the box by junior midfielder Gerardo Gonzalez set up sophomore midfielder Drew Murphy to give the Gauchos their first penalty kick goal in their last 15 games.

Santa Barbara continued to pressure an Irvine defense that was seemingly holding on for dear life, as it outshot its opponent 10-4 in the first half. Unfortunately for the Gauchos, they just couldn’t find a way to beat UCI’s redshirt junior goalkeeper Michael Breslin, who made three outstanding saves in the half to keep his team alive.

The missed opportunities came back to bite UCSB as Irvine stole the momentum going into halftime with a header off of a corner kick in the 38th minute by redshirt sophomore defender Matthew Tilley.

To open up the second half, the Anteaters snatched the lead when a poor back pass by the Gauchos setup Irvine’s senior forward Cameron Iwasa on the attack. Taking on a pair of UCSB defenders, Irvine’s leader in assists set himself up for a left-footed strike to the far post, giving his team its first lead of the day at 2-1.

Less than two minutes later, the Anteaters continued the trend of poor back-passing in the defensive third with a terrible pass to Breslin that was pounced on by sophomore midfielder Andy Perez. After Perez attempted to dribble around the keeper, the ball fell right to freshman midfielder Axel Mendez in the box for an easy one-time finish into the empty net, tying the game at 2-2.

“Our team battled, we fought, we tied the game up, but we were never settled in the second half,” Vom Steeg said. “On one hand you want to reorganize and get into overtime. On the other hand, you want to keep pushing and it didn’t work out for us.” 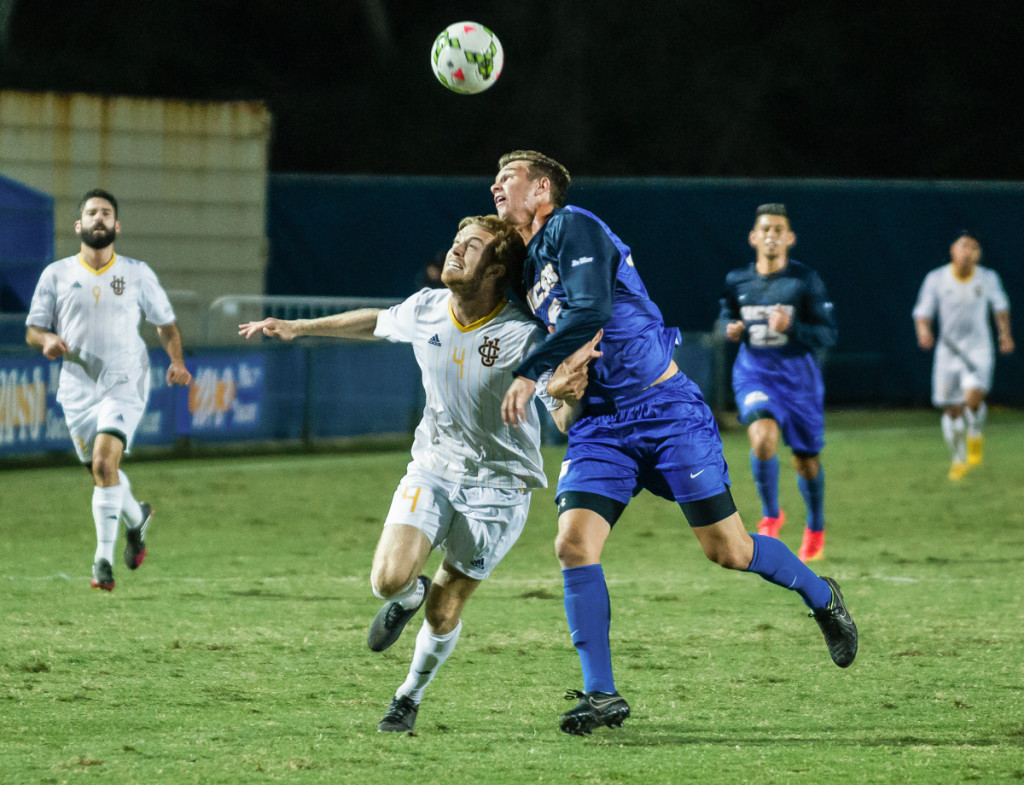 With the game seemingly heading into overtime, Irvine was finally able to break the deadlock in the 82nd minute, capitalizing on a sleeping UCSB backline. Gonzalez, who awarded the Gauchos a penalty earlier in the game, was able to find senior forward/midfielder Dennis Martinez wide open inside the box. Martinez took a quick touch to his left before curling an easy shot past freshman goalkeeper Brandon Berke to give Irvine the decisive 3-2 lead and the win.

“We made some subs late in the second half and we didn’t stay with our marks,” Vom Steeg said. “On a night when you’re playing games like tonight, mistakes are huge. Irvine capitalized on at least two.”

The loss ended UCSB’s five-game unbeaten streak, knocking it out of contention for qualifying for the NCAA Tournament. Irvine will host Cal State Fullerton in the Big West Championship this Saturday.

A version of this article appeared on page 8 of November 13, 2014’s print edition of the Daily Nexus.