The Daily Nexus
Previews: What's Going On
The Blue Boy on Our Minds: Mac DeMarco Coming to the Hub
November 12, 2014 at 11:53 pm by Nadine Bedwan 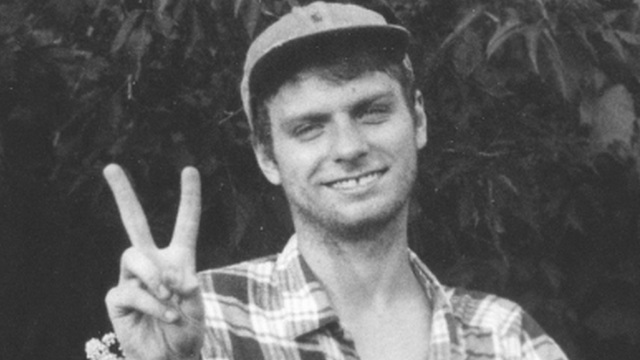 Mac DeMarco is the shit. That may seem like an obnoxiously, overconfident statement but it’s not really an easy task to describe someone who feels like he could be an old childhood friend. A beloved rockstar and the current darling of indie rock and music in general, the musician has enthusiasts everywhere. His most recent wave of popularity can be accredited to his latest studio album Salad Days, which came out right before last summer on April 1. Appropriately titled, since “salad days” (first used by William Shakespeare in Antony and Cleopatra) is an idiom for the days of one’s past, full of youth and naiveté. It’s no surprise then, that this album itself emitted a heavy feeling of nostalgia for past years, or even the warmer months, when this record was still ripe with novelty.

Sentimentality is prominent in songs like “Passing Out Pieces,” where the singer forewarns the consequences youthful naughtiness can have, with lyrics like “What mom don’t know has taken its toll on me.” Trance-like psychedelic synths and distant vocals set the tone for the dreamy “Chamber of Reflection,” making you feel engulfed in a haze of past memories and pleasant feelings, a literal chamber of reflection. The longing reminiscence is also not lost on his earlier albums either. A listen to his quirky love ballad to cigarettes, “Ode to Viceroy” on his previous album 2, takes us back to his days of smoking the low-budget Canadian brand.

If the 24-year-old songwriter’s slow catchy tunes reeled in the initial affection of fans, his oddball attitude and dynamism helped solidify his place in their hearts. There seems to be dueling sides to the beloved Canadian musician. There’s the side you see in interviews: quick, witty and animated, looking for any reason to flash his famous gap-toothed smile. He seems like the type of guy who’d be fun to have around if you weren’t constantly paranoid about him pranking you (scratch that — he’d still be great to have around).

Then there’s the side that peeks out in his songs occasionally, the warm and loving guy who serenades his “sweet girlfriend Kiera who’s hiding out behind the stage.” Seeing him play live gives a lively fusion of these two sides. It’s not many musicians who can make you dance with energy while taking you to laid-back summer days of listening to him through speakers in a friend’s backyard. So I apologize for being so blunt in the beginning, but all things considered, you could say that Mac DeMarco is pretty fucking rad.

Mac DeMarco is playing the Hub this Friday, Nov. 14, a show sponsored by A.S. Program Board. Doors open at 8:30 p.m. You can pick up your $16 student ticket at the A.S. Ticket Office.