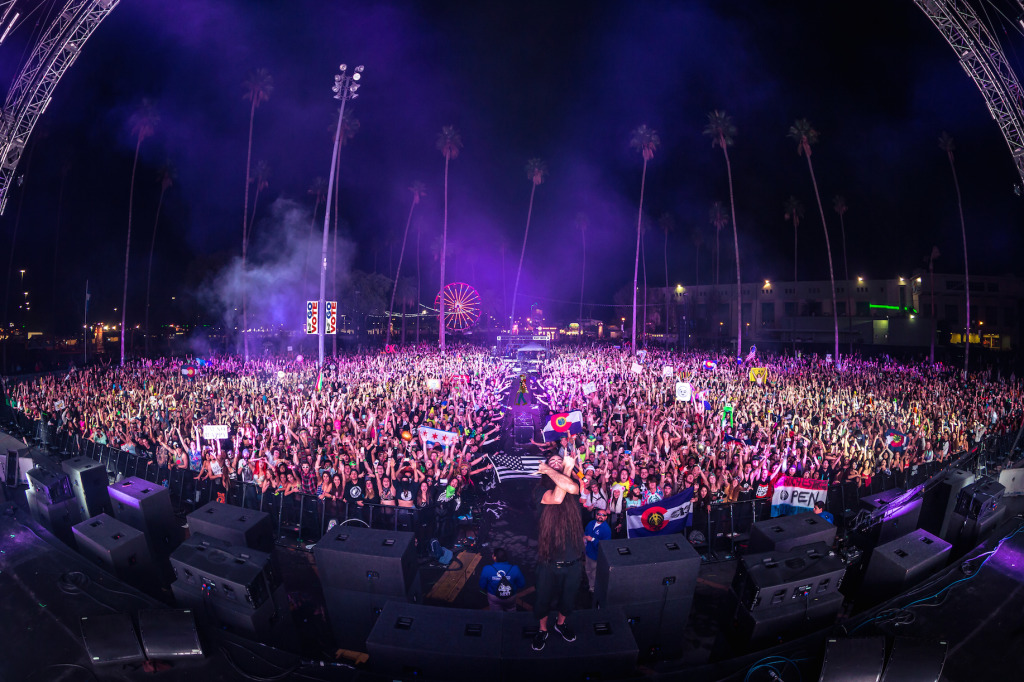 For some, Halloween is the time of year for soliciting houses in every cul-de-sac of your suburban town for candy, dressed only in the finest socially acceptable white sheets. For others, it’s a time to spend exorbitant amounts of money at the nearest Spirit store for a made-in-China costume of that one Spartan from “300,” the perfect outfit for your best friend’s best friend’s costume party. For many southern-Californian twenty-somethings, it means two days of dancing at one of the biggest electronic festivals the States has to offer — HARD Day of the Dead.

Besides the mainstays of sugar skull face paintings and big-name electro DJs, the latest and greatest installment in Hard events got an extreme makeover, festival edition. For starters, Los Angeles State Historic Park, the post-industrial woodchip-laden public park that has served as the home of DotD in the past, was abandoned in favor of the gargantuan Pomona Fairplex. The Fairplex was equipped with carnival rides, a zipline and even, against the decree of the festival magistrate, toilets with running water.

On top of that, an additional stage was added, bringing the grand total to a whopping five stages. Two of the stages were situated in massive round-top warehouses that made me feel like I had walked into a 90s-era underground party held in the basement of an auto-body shop. This time around Hard chose not to streamline the talent exclusively to the mainstage. While we’re at it, none of my three best acts of the weekend were at the mainstage. 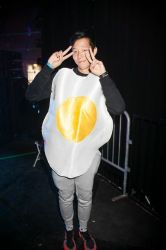 The Green Stage, one of the warehouse stages, became my base camp at the Fairplex of the weekend. Serving as the home for both the beautiful leotard-wearing models handing out unlimited free 7Up samples, the Green Stage also featured the groovy synths and euphoric basslines of Giraffage and ODESZA.

For those unfamiliar with Giraffage, the San Jose-native is a leading innovator in the future bass movement. His sense of humor and lighthearted demeanor showed throughout his performance from the moment he stepped onstage dressed as a fried egg to the end when he closed with a remix of the iPhone ringtone “Marimba.”

Despite closing out the same stage, ODESZA’s set held a very different vibe. The front half was packed with dancing Pikachus, grooving bananas and jumping Mad Hatters, and the back was full of an equally diverse cast of costumed head bobbers. The cool thing was that no matter how minimal the physical manifestation of dancing was, every single body was moving to some degree when hits such as “Say My Name,” “My Friends Never Die” or “How Did I Get Here” were dropped.

The only performance that rivaled the grooves of the Seattle-based duo belonged to the enigmatic overnight superstar, ZHU. His North American debut was christened by bleach-white spotlights and smoke so thick only a ghostly silhouette could be made out. The sexy mainstay tracks such as “Faded” and “Cocaine Models” were fun to dance to, but the most exciting moment was when he dropped his OutKast rework titled “Moves Like Ms. Jackson.” Maybe it was cold night air, or perhaps the crowd of thousands singing “I’m sorry Ms. Jacksoon … OH,” but I had goosebumps.

All in all, HARD Day of the Dead was in an entirely different league this year. Due to my decidedly average time in 2013, I scanned through the turnstiles with no expectations and was more than pleasantly surprised. The stages stood taller, the lights shined brighter and even the attendees seemed happier. While management still upheld its kandi prohibition, the festival’s high production value and stellar lineup made this small blemish easy to forgive. In fact, this year was such a blast for myself and other random attendees I asked that I would even put this festival on par with EDC. Hats off to the founder of Hard Events, Gary Richards, aka Destructo, who came onstage during his set rocking the illest sugar skull of them all.