The Daily Nexus
Volleyball
UCSB Returns to Thunderdome to Host Big West Opponents
November 6, 2014 at 5:00 am by Sarah Stigers 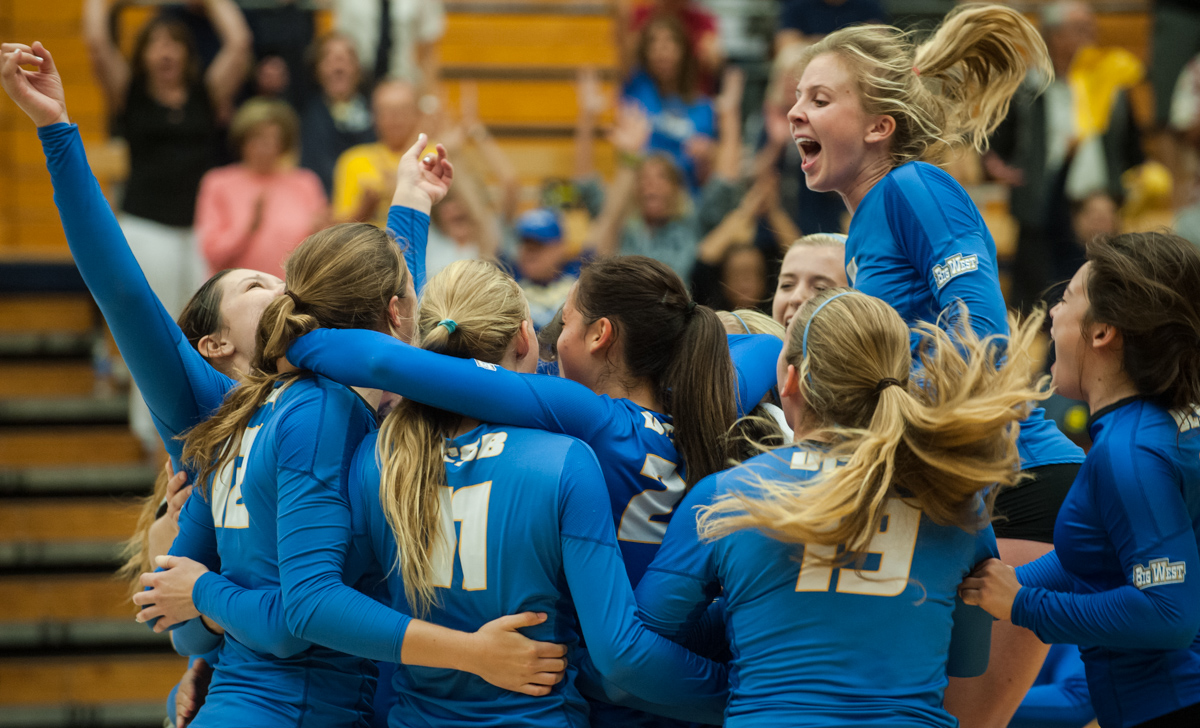 The UCSB women’s volleyball team will battle Cal State Fullerton on Friday and UC Irvine on Saturday for the second time this season at the Thunderdome.

After a series of split weekends, the Gauchos hope to improve their 5-5 Big West and 10-11 overall record. Meanwhile, Irvine looks to hold its one-place lead over UCSB with a pair of road games first against Cal Poly, followed by an appearance in the Thunderdome, as the team enters the weekend with a 5-4 conference and 15-9 overall record. Fullerton will also face Cal Poly this weekend as it enters play at 1-8 in league and 7-15 overall.

“It’s a great opportunity for us to step up and have a big weekend that we’re looking forward to,” Head Coach Nicole Lantagne Welch said.

The Gauchos enter the Thunderdome again after two of the longest road trips of the season to face the Titans on Friday. The last time the two teams met, Fullerton pulled one set from the Gauchos, but UCSB claimed a 3-1 victory on Titan territory.

Offensive leader for Fullerton is freshman outside hitter/middle blocker Niki Withers who is currently third in the division for total kills with 298, and her 3.63 average kills per set lands her at fourth in the conference.

On the other hand, the last time the Gauchos faced the Anteaters, a split 2-2 between four sets forced the match into the final fifth set where the Anteaters pulled a win on their home court.

“Our goal is to go undefeated at home this weekend and take advantage of our home court,” junior libero Shauna Klein said.

UC Irvine currently holds the third best team hitting percentage in the conference, averaging .247. The Gauchos bring in the fifth spot swinging for .200.

“We’re coming in with a strong game plan based off of how we need to change from our last game against them,” junior outside hitter Ali Barbeau said. “If we can fix the things that we were weakest at last time, we’ll be in a much better position going into this game.”

The match on Saturday will be a battle of defenses as Irvine sophomore libero Arden Davis currently leads the league in digs per set, only to be followed by Gaucho sophomore outside hitter Ali Spindt. In addition, the two teams are currently fifth and sixth in the division in total blocks as the Gauchos beat the Anteaters by only two blocks.

“We’re going into the Irvine game with a sense of urgency. We want to show Irvine how we can really play,” Klein said. “We’re really focusing on trying to execute our game plan and win the long rallies because there will be great defense on both sides of the net.”

Irvine will also bring heavy hitters junior outside hitter Marisa Bubica and sophomore outside hitter Cassidy Pickrell to the net. Bubica is currently second in the league for kills per set averaging 4.01, followed by Pickrell who is averaging 3.69.

UCSB will face both teams at 7 p.m. in the Thunderdome this weekend.

A version of this article appeared on page 9 of Thursday, November 6, 2014th’s print edition of the Daily Nexus.