The Daily Nexus
Sports
DePuy Scores Game-Winning Goal to Lift Gauchos Past Sac St.
November 6, 2014 at 5:01 am by Michael Jorgenson 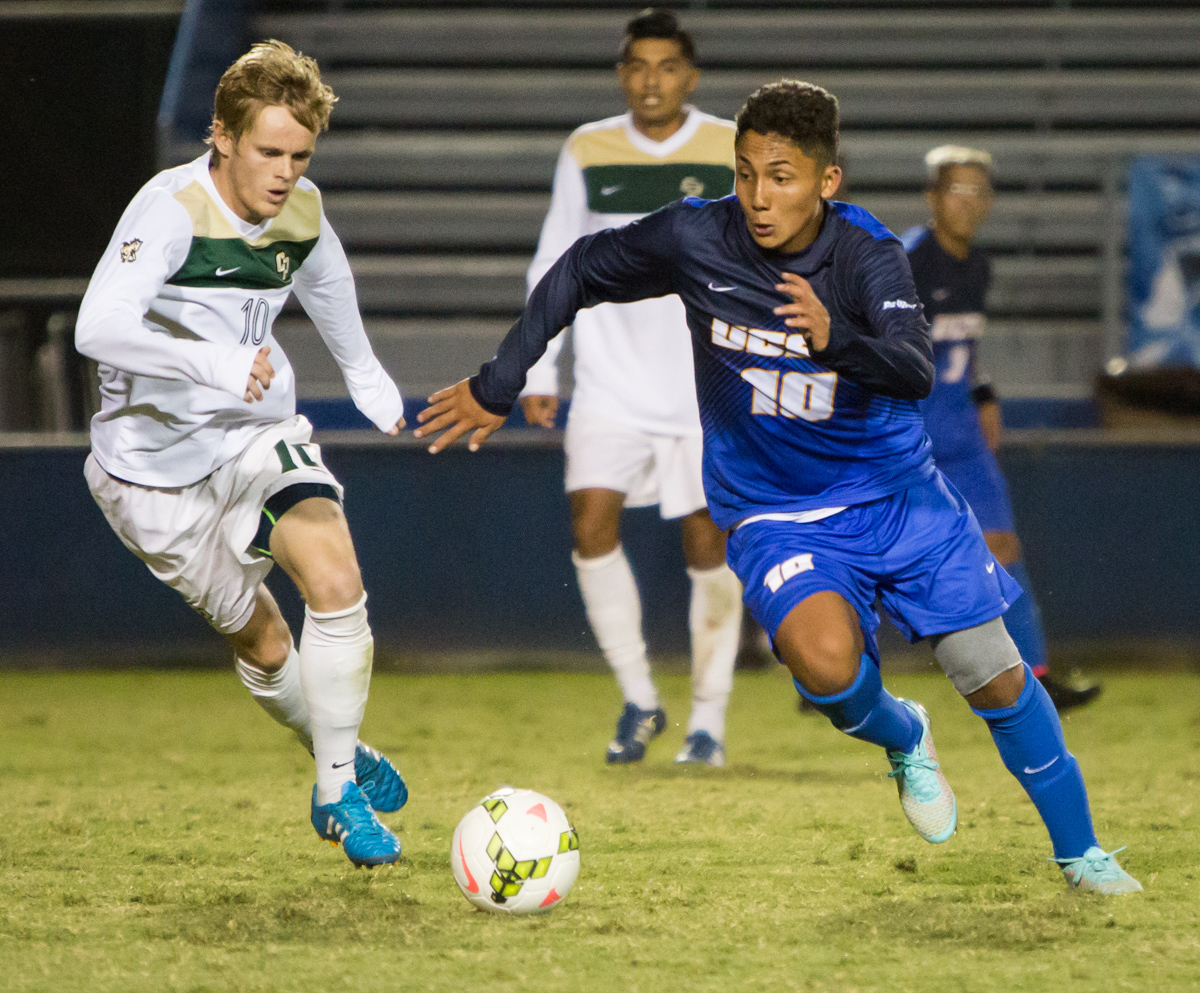 Freshman midfielder Axel Mendez is one of many players that UCSB has leaned on this season. Dustin Harris/Daily Nexus

In its final game of the regular season, the UCSB men’s soccer team came back from a one-goal deficit, thanks to two late goals from sophomore forward Nick DePuy, to defeat Sacramento State 2-1 in overtime.

Heading into the Big West Tournament, which begins this weekend, the Gauchos boast a 10-6-3 overall record and a conference best 6-2-2 mark. Sac State falls to 6-10-3 overall and 4-5-1 in conference, but thanks to a Cal Poly loss the Hornets still managed to clinch the third and final playoff spot in the Big West North Division.

Having a first-round bye and home-field advantage throughout the Big West Tournament, the Gauchos entered yesterday’s matchup knowing that it was a no-bearing game.
Sac State found the game’s first breakthrough with a goal in the 34th minute. The Gauchos fought back from there, but despite the large shot disparity, could not find an equalizer until late in the game.

With just over 11 minutes to go, freshman midfielder Ryo Fujii chipped a ball into the box to DePuy for a header towards the far corner, tying the game at 1-1.

Heading into overtime, it didn’t take long for Santa Barbara to wrap up its regular season, as DePuy put away another goal just three minutes in to give him his second consecutive brace. After a shot from the top of the box by senior midfielder Reed McKenna was saved by Hornet goalkeeper Philip Bru, the Gauchos’ leading goal-scorer was once again in the right place at the right time as he put away the game-winning rebound.

DePuy, the conference’s most recent Big West Offensive Player of the Week winner, continued his scorching form by scoring his fifth and sixth goals in his last four outings. His 10 goals this season are good for second in the conference, while his six game-winners put him all alone at number one.

The Gauchos will now have to wait until next Wednesday when they host the Big West Semifinals. They will play the quarterfinal winner between Sacramento State and the two-seed in the Big West South Division.

A version of this article appeared on page 8 of Thursday, November 6, 2014th’s print edition of the Daily Nexus.