The Daily Nexus
Swim and Dive
Swimming Sweeps Blue-Green Meet
November 3, 2014 at 4:59 am by Daniel Moebus-Bowles 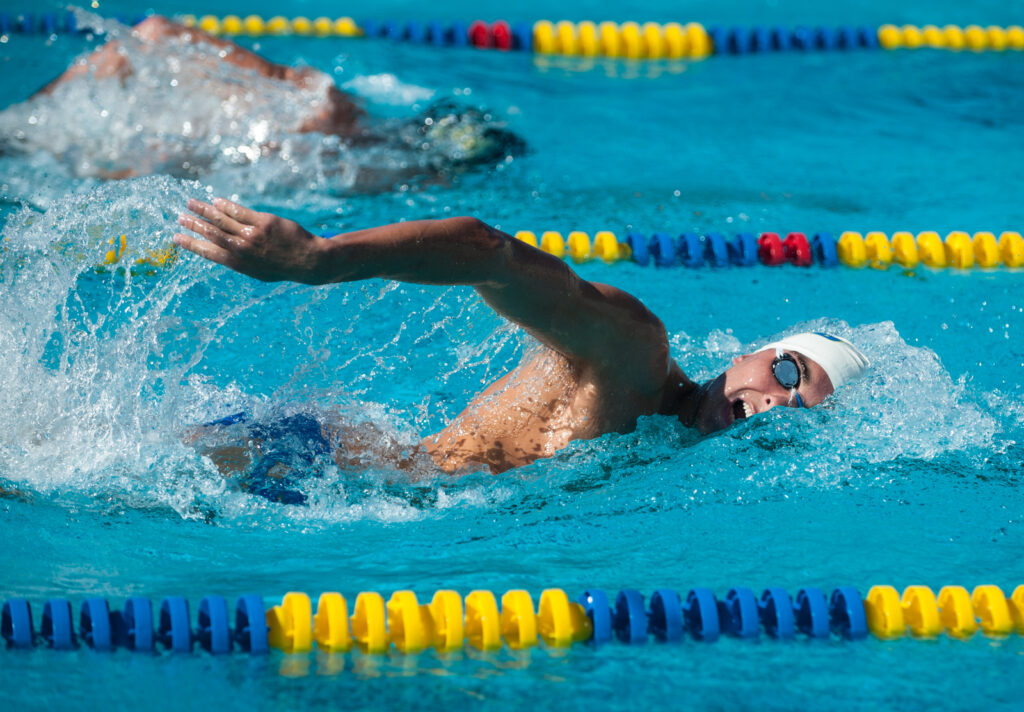 The UCSB men’s and women’s swim teams both captured a victory over rival Cal Poly this past Saturday at Campus Pool. The men won by a margin of 168-109, while the women won 150-144.

“I am pleased with our performance today,” Head Coach Gregg Wilson said. “Especially because there were things that we had to overcome to do so.”

The women faced a tremendous amount adversity in this meet and were able to capitalize on a win in an exciting turn of events. They began the day down 32 points before the first swimming event, due to an absence of divers on the team, and were missing a few key athletes due to sickness.

The men took the meet by storm to secure a sweep for UCSB with a couple of overall dominant performances in key events. The men swept the 200-yard freestyle event with strong outings by sophomore Clayton Young and juniors Eddie Sanchez and Lukas Paulauskas. Sophomore Dylan Kubick and freshman Billy Mullis each earned a first and second place title in both the 100-yard and 200-yard backstroke events. Four Gauchos swept the 100-yard freestyle event, including senior sprinter Wade Allen.

“[Allen] had a great day,” Wilson said. “He is one of our guys that we depend on to perform and he did more than that in this meet.”

UC San Diego will come to town to challenge the Gauchos in a dual meet. It is set to start at noon this Friday at Campus Pool.