The Daily Nexus
Water Polo
Turning Things Around
October 30, 2014 at 4:55 am by Edward Moss 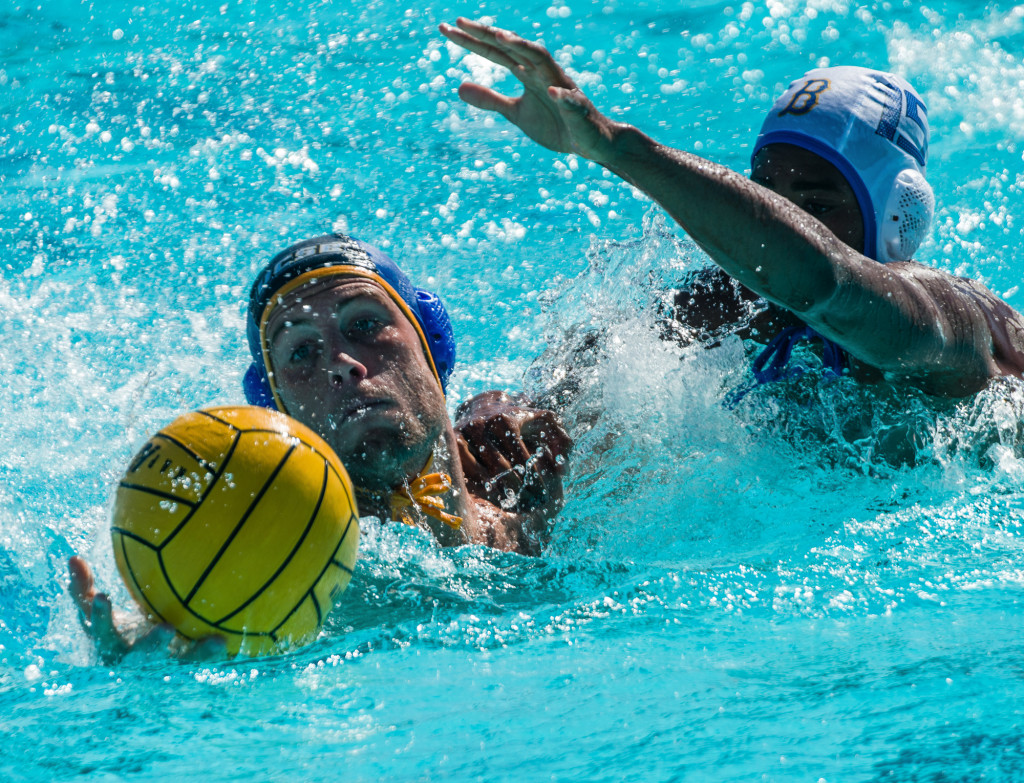 The No. 7 UCSB men’s water polo team heads up north to take on No. 4 California and No. 8 Pacific in a crucial weekend where the Gauchos will look to turn their season around.

Coming into these matches, Santa Barbara has lost five straight matches and seven of eight. The Gauchos’ record is 9-9 and they have lost their first three conference matches.

“We’re a team that needs to get pumped up and we are on an upswing,” junior utility Chase Racich said. “We played well against Stanford and the second half against UCLA so we hope that translates to victories this weekend.”

On Saturday, the Gauchos play California, a team they lost to 9-6 in the Triton Invitational in September. The Bears own a 19-3 record and are 3-1 in MPSF. They have won two straight matches, with victories coming over No. 10 UC Irvine and No. 11 Pepperdine.

The Bears will be looking to get their twentieth win of the season over the Gauchos before playing No. 5 Long Beach State University on Sunday.

“We’ve been working a lot on offense and defense this week, especially six-on-five play,” junior goalie Chris Whitelegge said. “We need to take advantage and capitalize on our opportunities.”

On Sunday, UCSB takes on Pacific in Stockton. The teams have played each other twice this season, splitting the decisions. Santa Barbara took down Pacific in the KAP7 NorCal Classic 9-7 in September, but the Tigers were able to get revenge in the last game of the SoCal Tournament with an overtime win 8-7.

Pacific comes into this matchup with a 12-9 record, but the Tigers are 0-4 in conference play. The team has been on a losing streak of its own, having lost to No. 10 UCI, No. 2 University of Southern California and No. 5 CSULB. The match against the 49ers was a defensive battle and the Tigers scored their lowest amount of goals this season in a 10-4 loss.

Sophomore attacker Ben Stevenson leads Pacific with 47 goals in 21 games. Following him are junior attacker Krisztian Laczkovics with 36 goals and senior attacker Sean Grady with 24 goals. Junior goalie Brady Moore gets the majority of playing time in net and averages 9.49 saves per game.

The Gauchos will be depending on Whitelegge to continue his strong play with his 160 saves this season. On offense, Santa Barbara will hope for freshman attacker Shane Haushild to add to his team leading 22 goals and 37 points.

The Gauchos hit the water in Berkeley at noon on Saturday and in Stockton at noon on Sunday.