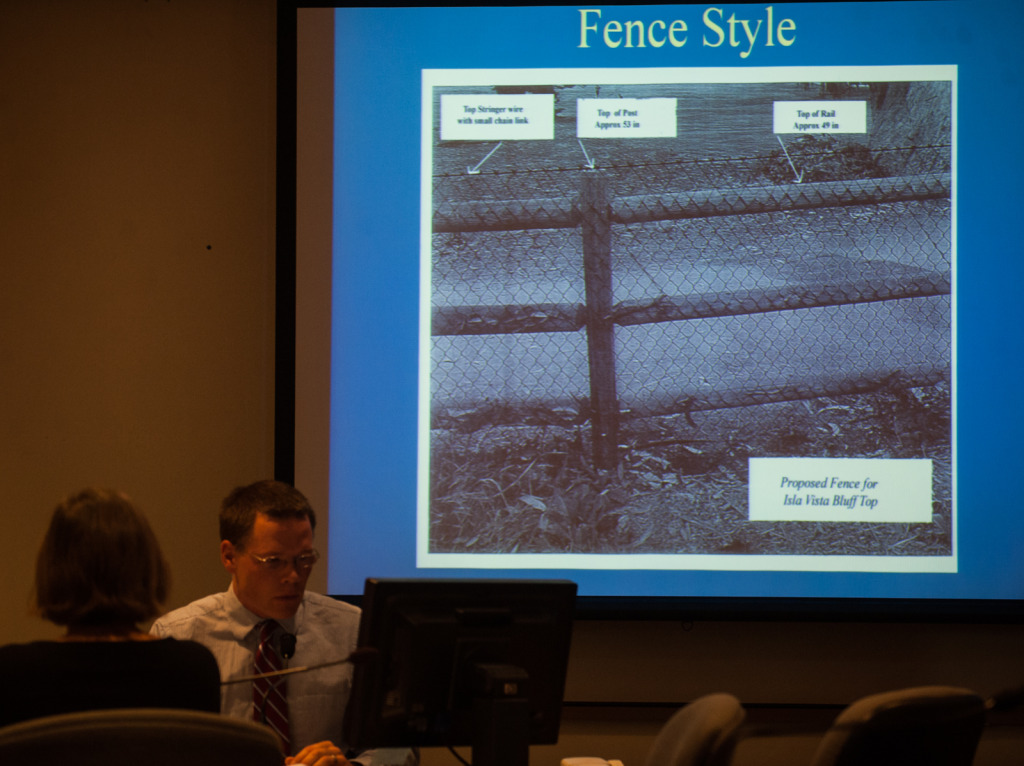 The Isla Vista Bluffs Safety Fencing Project comes in response to recent accidental cliff falls in I.V., several of which have resulted in death. Filed by the County Community Services Department in partnership with the university and the I.V. Recreation and Parks District, the request was granted by a 5-0 vote of county planning commissioners.

The new fencing will be approximately 54 inches in height and run around 1,400 linear feet of non-contiguous park space. A small-space coated diamond chain link will be attached to the landward size of the wooden fence structure to prevent individuals from climbing or sitting on the fence.

According to Chair of the Planning Commission Daniel Blough, who said a building complication was resolved during the planning commission’s meeting and that construction will begin shortly, a total of six fences will be erected.

“We decided today that one of six the fences will require a cantilever to prevent people from walking around the fence boundary to the cliff’s edge,” Blough said.  “Some fences in the parks are pre-existing, but all six fences will be entirely rebuilt.” 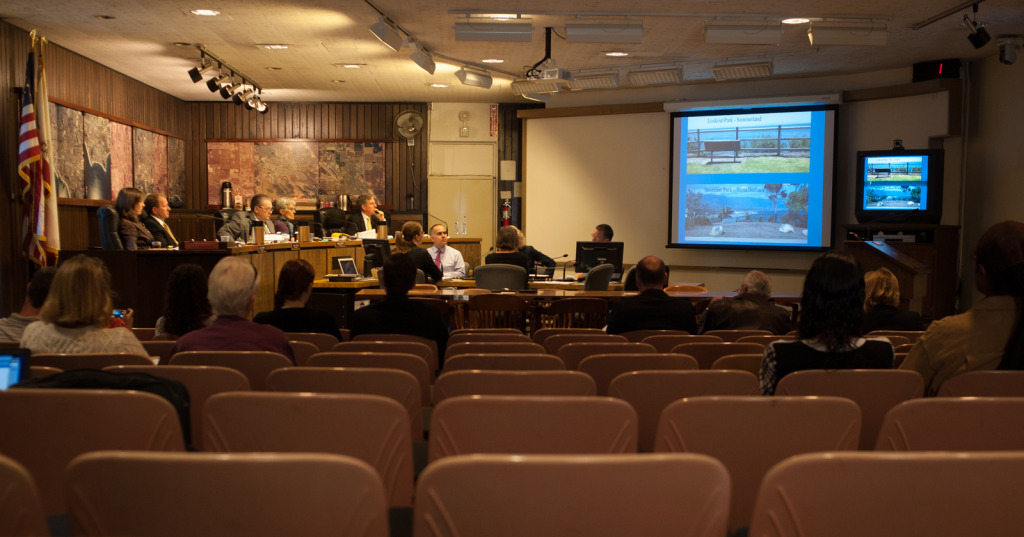 “Personally, I have been fighting this battle for over one and a half years, and it is great to finally see change being made in this community,” Morrison said in an email. “I have lost three friends to cliff falls, and I know that I do not remember them in vain, but with happiness, in that their lives brought about such an amazing amount of change.”

According to Executive Director of Santa Barbara Hillel Rabbi Evan Goodman, the numerous deaths and injuries that have resulted from cliff falls merit this kind of immediate action.

“Four students have died falling from these cliffs in less than two years, and that is just the past two years,” Goodman said. “Others died falling in the years before that. Still others have been badly injured in accidental falls, too many to count.”

Goodman also said the efforts by Morrison and other student and local organizations to put up fencing in I.V. have been inspiring.
“Their work reminds me of one of my favorite quotes from Margaret Mead,” Goodman said.

“‘Never doubt that a small group of thoughtful, committed citizens can change the world; indeed, it’s the only thing that ever has.’”

According to Blough, the construction is vital to maintaining safety in I.V.

“Overall, I think building these fences is great,” Blough said. “It doesn’t matter what the cost is, what is important is that these fences will save lives.”

A version of this story appeared on page 3 of the Thursday, October 30, 2014’s print edition of the Daily Nexus.