The Daily Nexus
Opinion
No Easy Decision: Death With Dignity
October 29, 2014 at 9:00 am by Tara Ruchonnet 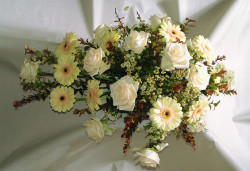 Like most college students I choose to waste my time binge-watching Netflix instead of doing something productive. Recently, I came across a documentary called “How to die in Oregon,” which discusses the Death with Dignity Act which is also sometimes referred to as doctor-assisted suicide. I’d like to begin by saying that this documentary was absolutely great! It was extremely interesting and very emotional. I highly recommend it. It did, however, get me thinking about the message in it, should people who are terminally ill have the right to end their life? This subject is much less debated than the usual issues brought up, but it is an important one.

In case you’re unaware of the Death with Dignity Act, it is a law that was first enacted in 1994 in Oregon. At the time only two other nations, the Netherlands and Switzerland, had a similar assisted-suicide law. Even as of 2014 there are only five states where this act is legal, (Oregon, Washington, Montana, and Vermont and New Mexico.) Under this act terminally ill patients with less than six months to live can be prescribed by a physician a lethal dose of a few different medications to help end their life.

As a person who tries to see arguments from each end I understand why this would be a touchy subject for many people. Whether we like to admit it or not, we’re terrified of death; how could anyone not be? While I had previous knowledge of the act and what it did this documentary was still insightful. For the first time, I was introduced to real people who were faced with the decision to end their lives. After watching the stories and seeing the people who had chosen to take this route, it I only became more sure and confident in my opinions and beliefs.

After watching “How to die in Oregon” I can without a doubt say this act is a good thing. While I’ve never known what it’s like to die, or be diagnosed with a terminal illness I can guarantee you that it would turn your world upside down. That feeling of hopelessness and fear might be more manageable if you knew you didn’t have to suffer, that you could make the decision when to end the pain.

In my short life I’ve seen my fair share of people go through the same terrible process, and it’s always the same: pain, suffering and eventually death. There’s only so much pain medicine one can take before they aren’t even the same person. The person you know and love is no longer able to comprehend what’s going on or even who you are. In my opinion, that is not living any sort of meaningful life. If that process of pain and confusion could be completely avoided, wouldn’t that be a good option?

While the documentary followed these extraordinary people who were planning their last days, it also followed the 2008 Washington election as Washington hoped to add Initiative 1000 as a new law. The documentary also expressed the opinions of people who opposed the initiative, and the entire time I watched in disbelief as people gave their reasoning for opposing the law.

How could you tell someone who is terminally ill and on a downhill spiral that they’re choosing, “the easy way out.” For them, death is on their doorstep, and choosing to stop their life from further declining is not an easy choice. They didn’t get a real choice, because given one, I’m sure they’d choose to live. But under these circumstances, they were only given two choices: wait, decline and die, or die without pain and be remembered as you were.

ALS, chronic heart failure and certain cancers such as pancreatic and liver cancer are all diseases that aren’t just going to go away on their own. There is no “fight” and there will be no recovery. Death with dignity gives people the opportunity to stop their lives before the suffering, before their families see them decline and before they lose what makes life worth living.

It’s hard for me to see where this opposition comes from and understand how someone could feel entitled to oppose something that doesn’t even affect their lives. Why are so many people opposed to the idea of ending their life in a time of sickness? Ending your life is a personal decision and it can’t be an easy one. This shouldn’t be voted on as a law because if you don’t believe in it you don’t need to participate in it. People around the world shouldn’t need the approval of people who don’t understand what they’re going through.

Hopefully soon this law will begin to be more widely accepted and thought of as necessary. People deserve to have a say in how their life ends.

Tara Ruchonnet believes everyone has a right to their own life, however they should choose to use or end it.

I wish it were your life but there is a God out there who created you and loves you very much. I know how can a God allow so much sickness in the world but I am here to say it was not him who made that decision. Its not your life you are taking but the life He gave you. He would love for you to make the best of what is left of your life. I am asking that you make the decision not to end your life but wait. You really don’t know what’s on the other… Read more »

Your source failed you. Assisted suicide is a homicide in Montana, not legal. See http://www.mtaas.org for documentation. Please publish a correction. USA today did.

Hello, I watched my father wither away two years in a bed .Parkinsons. First his legs then his voice, then his arms, then his throat, and eventually his chest; suffocating him. Where was god ? on a drunk probably . No dignity! Young nurses wiping his butt and making sexual jokes. I would have shot him and he would have been OK about that. but I know what would happen to me if I did. So I had to let him suffer. Two years later it went the same for my younger sister. Ill be next probably. I wont feel… Read more »