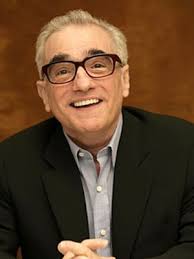 INSIDE PERSPECTIVES: SCORSESE is part of a film series curated by UCSB faculty that focuses on the work of a specific director every quarter. This quarter centers on the early works of director Martin Scorsese. Affectionately called the “John Lennon of the filmmaking industry,” Scorsese is one of the most influential directors and screenwriters in Hollywood. Some of his more recent credits include “Hugo,” “The Wolf of Wall Street” and “Shutter Island.” The first event on Oct. 16 screened “Mean Streets,” followed by a post-screening Q&A with screenwriter Mardik Martin and the producer of “Baghdad to Hollywood,” Ramy Katrib.

With the combination of both a convenient location and the prestige of Scorsese, I expected the seats in Pollock Theater to be completely packed with eager and excited UCSB students. I was wrong. The audience, occupied by mostly middle-aged men and women and a handful of college students, barely filled Pollock’s 296 seats. Perhaps it would be a different story if the screenwriter of “Orange is the New Black” came instead.

Martin and Katrib were introduced in the front of the room in standard procedure, after which the announcer commented, “Be prepared to ask some very, very provocative questions of Mr. Martin at the very end.”

Originally from a rich family in Iraq, Martin moved to New York City penniless to avoid the draft and study at New York University. There, he met Scorsese and the two began to write and work on projects together. The other guest of honor, Katrib, is the producer of “Mardik: From Baghdad to Hollywood,” a film on Martin’s life and journey towards the American film industry.

“Mean Streets” (1973) is a crime film that focuses on the difficulty of keeping morals straight in the midst of the sin and corruption of New York City. Main character Charlie, played by Harvey Keitel, must make a tough decision in choosing between his epileptic girlfriend Teresa (Amy Robinson), his self-destructive friend Johnny Boy (Robert De Niro) or his dream of becoming an esteemed restaurant owner. At the end of this emotionally gripping movie filled with vigilantism, Charlie realizes that it no longer matters what decision he makes — he is a sinner no matter what.

After the screening came the so-called provocative questions. After being asked how the artistry of storytelling has been advanced tremendously by the motion picture industry, Martin offhandedly responded, “That is an interesting question. I don’t think that I can answer that. 1932-62 was when the storytelling was actually magic. I still don’t know how it’s going to be solved.”

It was rare and refreshing to see a renowned screenwriter admit that he didn’t know the answer to all the questions. He then humorously added, “I think its clear when you think about it. Feature filmmaking. This has been completely taken over by monsters, bloodsuckers and sons of bloodsuckers.” The audience erupted into laughter.

He was asked more questions about whether the industry is focusing on films that are safe and financially successful rather than artistic: once again, a truly thought provoking question with no concrete answer. Martin responded, “I don’t know. If I did know, I wouldn’t be sitting here! I would be out here making a film!” The audience laughed once more, either confused or charmed by his honesty. Ten minutes before the end of the event, Martin noticed the drowsiness in the audience and amusingly told us all to go home.

Maybe it’s his old age or maybe he actually didn’t know answers to the questions, but from what I gathered at Pollock Theater, Martin doesn’t take himself too seriously. Breaking the stereotype that all filmmakers and screenwriters are pretentious and self-absorbed, Mardik Martin was a breath of fresh air. Funny and candid, he was not afraid to admit that even though he is a successful screenwriter, he doesn’t have to know everything.

“Breaking the stereotype that all filmmakers and screenwriters are pretentious and self-absorbed, Mardik Martin was a breath of fresh air. Funny and candid, he was not afraid to admit that even though he is a successful screenwriter, he doesn’t have to know everything.”(???)- I don’t know where this sort of stereotype came from, regarding screenwriters. There is as wide a variety of screenplay writers as there is as individuals, altogether. Outside of, maybe, a few, Major-corporate-‘big studio’-attached screenwriters, who, I would guess, would have a kind of sense of entitlement and a (false) sense of their being making money for… Read more »