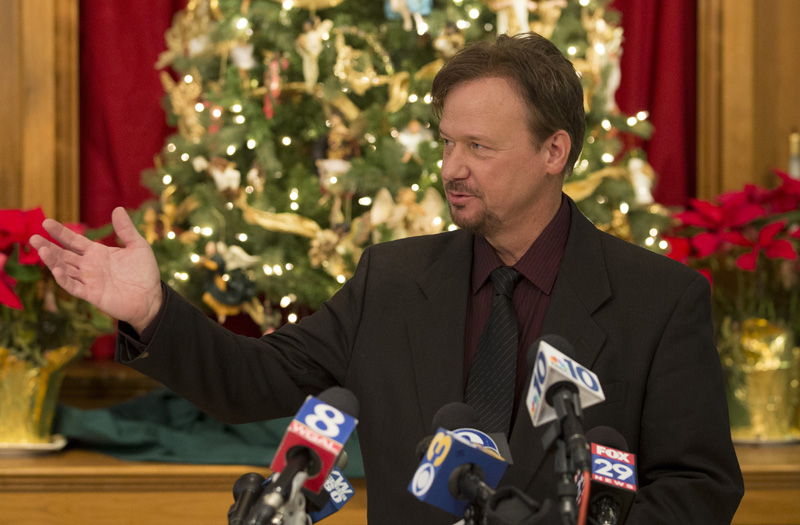 After performing his son’s same-sex wedding in 2007, Schaefer was tried by the church’s internal court in 2013 that resulted in him losing his ordination as a Methodist pastor. In June of this year, he was able to win back his pastor status when he appealed to a committee, followed by being appointed as pastor to the University United Methodist Church in Isla Vista in July.

The hearing was held at 11 a.m. yesterday morning at the Doubletree Hotel in downtown Memphis, Tennessee, according to the church’s website.

The appeal trial, Coleman said, will determine whether the appeals court was justified in its handling of Schaefer’s appeal.

“The Judicial Council’s decision, in this case, is about whether or not the appeals committee acted properly,” Coleman said.

Coleman also said that if the church’s highest court rules that the appellate court’s ruling was unwarranted, then the case would most likely be sent back to the Eastern Pennsylvania Conference jury that originally tried Schaefer.

“The likelihood is that the ruling will go back to the jury,” Coleman said. “This jury will then have to re-gather and decide on a new penalty.”

Schaefer and his congregation speculate that this “new penalty” is the determining factor of his future as a pastor in the church.

“It is possible that they could defrock me again,” Schaefer said. “But I really have no idea what to call on this as far as a decision.”

Coleman, however, said he has doubts that the jury will take away his ordination.

“I think it’s kind of unlikely,” Coleman said. “The original penalty was just a 30-day suspension.”

Schaefer said that, nonetheless, the future of the international gay rights movement rides on Wednesday’s trial.

“This issue is so much larger than me,” said Schaefer. “This is now on the global level of the church and it is the first indication of where the church stands on [gay rights].”

Marriage Equality USA executive director Brian Silva said he sees this hearing as a positive step forward, although his organization does not wish to interfere with religious practice.

“Events like this give the people the opportunity to discuss openness towards the LGBT community,” Silva said. “But the critical thing here is that this is just an internal discussion within the United Methodist Church. We don’t see it having an impact on the separate issue of equal access to civil marriage in the United States.”

“I think it’s important that we’re moving in this direction,” Bertrand said. “The church needs to be more open, and this is a great place to start.”

If Schaefer is defrocked, he said he would still serve at the United Methodist Church in Isla Vista.

“The day after I got defrocked, Bishop [Minerva] Carcano told me, ‘We believe you here in California,’” Schaefer said. “Even if I get defrocked again, she promised to keep me in the church.”

This “promise” would be upheld in one of two ways, he said.

“I will either change my status to church administrator or seek reordination through the California conference,” Schaefer said.

According to the United Methodist Church Judicial Council’s website, a decision is not expected to be announced until several days after the full meeting concludes on Oct. 25.

Most people, according to Coleman, are hoping for a ruling that is universally fair.

“The most desirable outcome is a just resolution,” Coleman said. “We need a compromise that achieves justice for both sides.”

[Correction: A previous version of this article incorrectly stated that Schaefer had appealed the ruling. This is not correct. Schaefer had his ruling appealed by another party.]

My husband and I were privileged to hear Pastor Schaefer speak here in Nashville two days ago. I grew up in the Methodist church and was astounded when his officiating at Tim’s same sex wedding resulted in all this confusion. As a “peaceful activist” I was so proud of Rev. Frank’s decision to listen to his gut–that sacred “still, small voice” which told him to move forward and perform the ceremony. His defrocking did not prevent his advocacy for LGBTQ rights–in fact, it opened up even more dialogue and sensible discussion–not just in the faith community, but all over the… Read more »

sherri all i can say is may GOD have mercy on your soul. we are to follow GOD’s laws. A lesbian and homosexual life style is an abomination in GOD’s view, clear and simple.