The Daily Nexus
Swim and Dive
UCSB Loses in Season’s First Meet
October 20, 2014 at 5:00 am by Daniel Moebus-Bowles 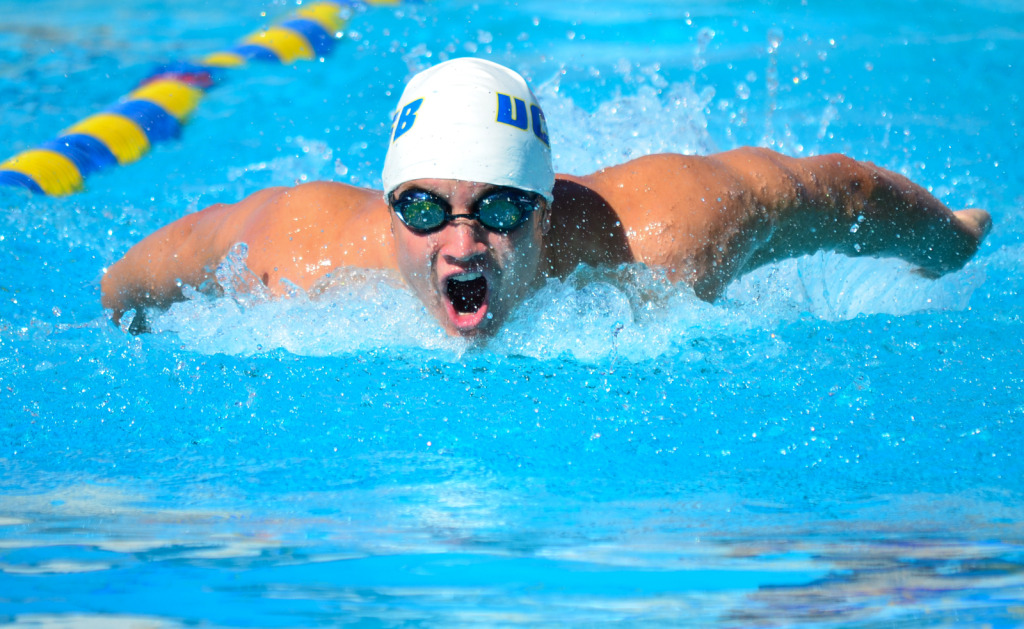 The UCSB men’s swim team opened up the 2014 season with a tough matchup against USC this past Saturday, falling to the Trojans with a score of 152-107.

With a loss in the first meet of the year, the Gauchos hold a record of 0-1. The Trojans stand at 2-0 with wins on consecutive days, beating Cal Poly before taking the win in Santa Barbara.

“I was pleased with many of the results today, especially when you look at the fact that we’ve only had the intrasquad competition,” Head Coach Gregg Wilson said. “We have greatly improved from then.”

The Trojans took first place honors in 11 of the 14 events, including a dominating performance in the second event, the 1000-yard freestyle. Trojan Freshman Pawel Furtek achieved a time of 9:12.25, which came out to be nearly 20 seconds faster than any Gaucho. He also took first in the 500-yard freestyle.

For the Gauchos, senior sprinter Wade Allen was a driving force. He reeled in second place performances in both the 100-yard and 200-yard freestyle, as well as anchored for UCSB in the 400-yard freestyle relay. His team took first with a time of 3:04.29.

One of those young athletes provided perhaps the most exciting race of the day at Campus Pool in the 100-yard Butterfly event. Sophomore sprinter Yoessef Tibazi took first place, with the help of a roaring crowd, by just 0.27 seconds over the trailing Trojans.

Along with Tibazi, another young athlete was able to reel in gold. In his first meet as a Gaucho, freshman distance racer Gabe Bolender took the top of the podium in the 400-yard I.M. A medley of other freshmen were able to contribute as well by pushing the Gauchos into top-rank spots in several of the relays.

The Gauchos look at some time off before facing the Cal Poly Mustangs for a dual meet on Saturday, Nov. 1 at 1 p.m.