The Daily Nexus
Features & Essays
Nonprofit Bigwig Speaks at Campbell
October 20, 2014 at 5:00 am by Samantha Zimmerman 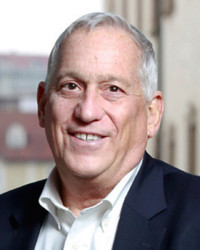 Walter Isaacson, current president and CEO of the nonprofit Aspen Institute and renowned author, spoke at Campbell Hall on Thursday about his new book entitled The Innovators: How a Group of Inventors, Hackers, Geniuses and Geeks Created the Digital Revolution.

The Innovators documents the history of the internet and primarily discusses the creative and engineering aspects of the creation of the modern internet and computing age. Isaacson has written several popular biographies including Kissinger: a Biography, Benjamin Franklin: An American Life, Einstein: His Life and Universe and Steve Jobs. The event was organized by the Walter H. Capps Center for the Study of Ethics, Religion and Public Life. After discussing his most recent book, he signed copies for audience members.

Isaacson spoke about the impact made by certain “unsung heroes”, one of which was Ada Lovelace, an early figure in the development scientific computing. Others Isaacson discussed include British mathematician Alan Turing “who helped build the computer to break the German war codes during World War I and World War II,” and Mary Shelley, author of Frankenstein.

Isaacson said the ability to spread knowledge worldwide via the Internet inspired Isaacson to put up drafts of his books online, and said he surprised by the feedback he received.

“On the first day I got 17,800 comments online … All sorts of people started adding in their story on the internet,” Isaacson said. “When I was at Time magazine and we wrote a story, we would send it around in the bureau and ask for comments and corrections before publishing it. When I would write a book I would send it to 30 or 40 friends saying make any comments.”

According to Isaacson, the development of the internet is complex and involves numerous people that never were recognized publicly for their contributions and that the work of these individuals gave The Innovators its purpose.

“As a collaborative revolution, we don’t actually know the names of those unsung heroes. That’s what the point of this book is- to resurrect the unsung heroes of the digital revolution,” Isaacson said. “Unlike a Bill Gates or Steve Jobs who are famous, they didn’t become quite as famous but they’re really quite a force. In the end, we shouldn’t try to claim too much credit. We should be willing to share some of the credit because that’s what the most successful people in the digital age did.”

According to Isaacson, UCSB has an important place in the early history of the internet and that research universities will continue play a vital role in discovering new innovations. Isaacson said the university was one of the four original sites where early routers were used to allow computers at different locations to interact with each other in a pre-internet network called the Advanced Research Projects Agency Network (ARPANET).

According to Isaacson, the early work on ARPANET at UCSB was primarily handled by graduate students working under the faculty members in charge of the research.

“Being a research university like this you know that the professors in charge did, they delegated that task to their graduate students,” Isaacson said. “So a bunch of graduate students, most from UCSB and UCLA started writing what would be the protocols of the ARPANET and the Internet.”

Isaacson said he encouraged UCSB students to “keep fighting for the notion that basic research is something to be valued and that the combination of humanity and technology has been the story of the digital age.”

First-year computer science major, Daniel Chojnacki said he attended the event for a class and that he thought the individuals highlighted in Isaacson’s lecture were particularly interesting.

“It was interesting hearing him talk about the different people who were involved in the creation of the internet and making computers that aren’t mentioned often,” Chojnacki said.