The Daily Nexus
Sports
Gauchos Drop Pair of Heartbreakers
October 20, 2014 at 5:00 am by Martin Cobos 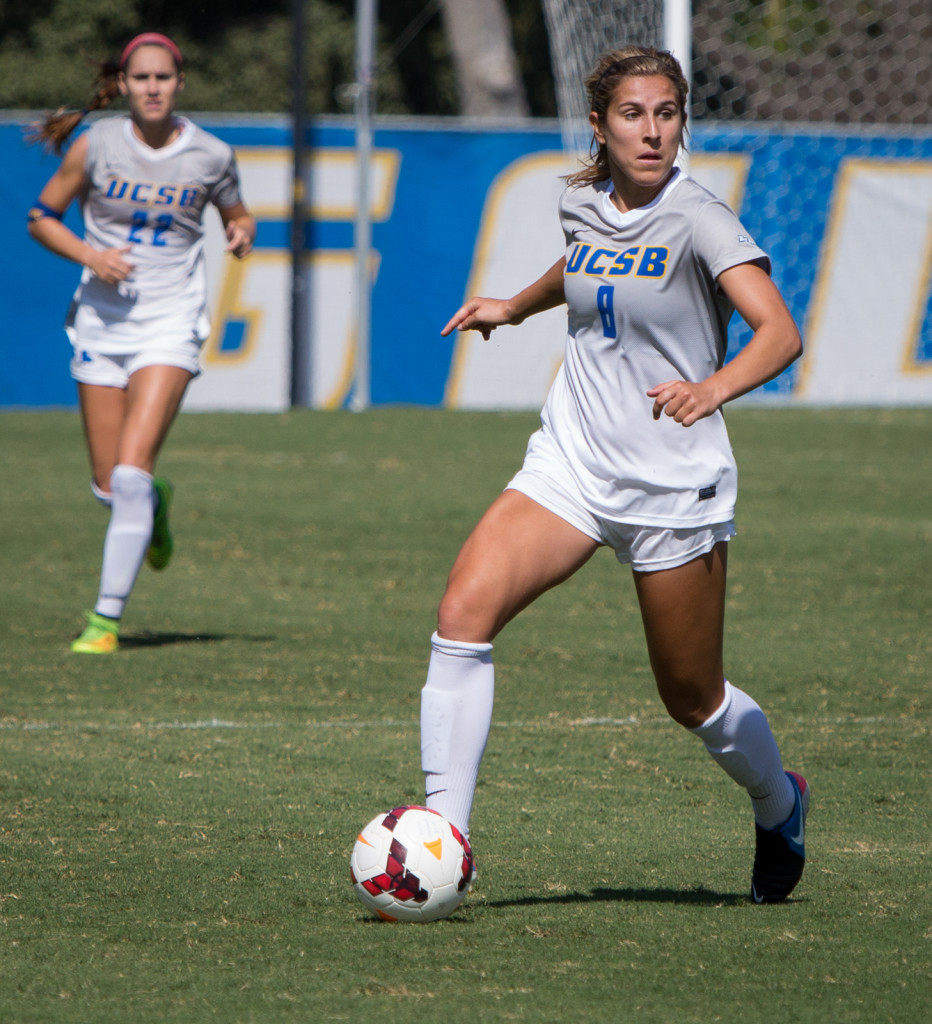 The UCSB women’s soccer team is heading home winless after losing back-to-back conference road games this weekend. The Gauchos fell to UC Riverside on Friday by a score of 3-2 before dropping a close one to UC Irvine on Sunday by a score of 2-1.

Friday’s match started slowly as both sides seemed to be feeling the other out through the first 30 minutes of play. However, in the 34th minute, UC Riverside kicked off the scoring with a goal from junior midfielder Alexa Bustamante.

The lead would come to be short lived as UCSB fired right back and scored in the 36th minute. Sophomore center midfielder Sara Feder took a free kick from 22 yards out and put the ball in the back of the net. The unassisted goal was number five in the season for Feder.

The Gauchos would strike again in the first half, as sophomore midfield/forward McKinsey Martinez struck the ball from the right side and scored in the 37th minute of play. Feder tallied her first assist of the season on the play and the Gauchos took a 2-1 lead heading into halftime.

In the second half, the Gauchos maintained the slim lead until the 87th minute of play. With only three minutes to go in the match, redshirt sophomore forward Blanca Barrio received an excellent cross from junior defender Briana Thomasson and tied the match at 2-2.

Only three minutes into overtime UC Riverside would strike again. Junior forward Tyler Cunningham took a shot that was blocked, but the deflection went right to freshman defender Christina Tucker who put it away for her first goal of the season.

The Gauchos were outshot 9-16 and produced only one corner kick throughout the entire match. Junior goalkeeper Beth Ritter tallied six saves.

Following the defeat, UCSB headed to Irvine where they would suffer another close loss. The match was scoreless through the first half of play, although both teams combined for 12 shots.

UC Irvine opened up the scoring in the second half as freshman forward Kiana Palacios received a pass from junior forward/midfielder Clarissa Robles in the 48th minute of play. Palacios would put the goal away for her fourth of the season.

The Gauchos would come back to tie the game in the 75th minute off a score from senior midfield/forward Madison Beckley. Beckley would receive a pass from Feder on the right side of the box and strike the net to tie the game at 1-1.

The game would remain tied until UC Irvine put them up in the last minute of regular time. After two dribbles along the end line, Palacios found senior midfield/forward Bianca Frontino who turned into the box and struck the game-winning goal.

UCSB was outshot 8-16 and managed only a single corner kick once again. Ritter collected three saves in the match.

The Gauchos will head to Cal Poly for their next game on Sunday at noon.