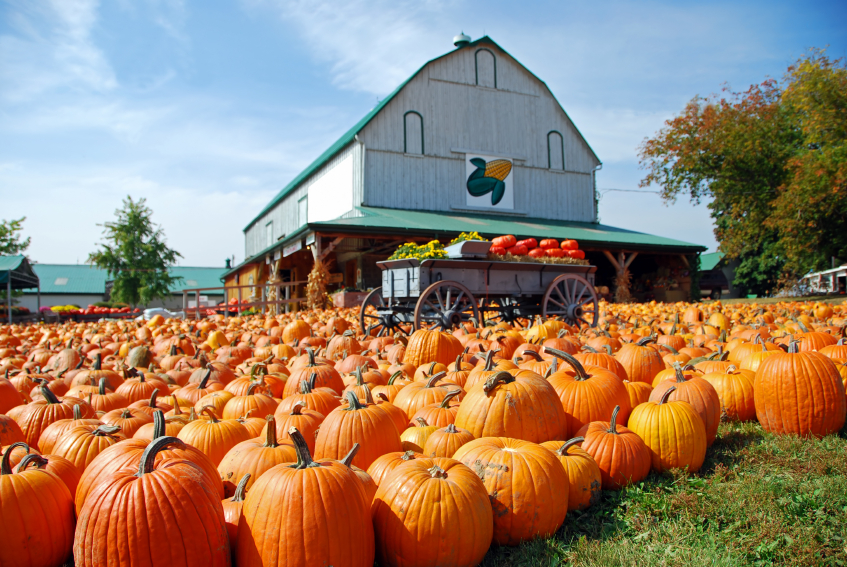 Due to a particularly warm and dry summer, many local farms are reporting lower-than-average pumpkin yields, creating a severe pumpkin shortage in the greater Santa Barbara County area and eliciting fear over potential shortages of pumpkin spice lattes.

California’s 10-year drought has reportedly prevented farmers from planting the festive gourd and forced many agricultural farms to prioritize water supplies for animals and real food. After news broke that pumpkin harvests were at an all-time low, local UCSB sorority chapters expressed outrage, claiming that the availability of pumpkin spice lattes would be in jeopardy.

Dupey has since created a hashtag campaign to raise awareness of the ridiculous lack of pumpkin in the Santa Barbara area. Using the hashtag “#savePSL,” (pumpkin spice lattes), Dupey and other members of the Kappa Kappa Kappa sorority have begun taking selfies of themselves posing with empty Starbucks cups to illustrate the lack of pumpkin spice lattes.

Local farmers have their own disappointments at low crop yields, but expressed confusion at the outrage they are currently facing.

Bobby Johnson, a Goleta resident and local farm owner, claims he has been sent threatening letters and mean tweets about the disappointing pumpkin crop yields.

“We normally sell pumpkins for Jack-o’-lanterns and literally nothing else,” Johnson said. “Don’t those bitches know there isn’t even pumpkin in pumpkin spice lattes?”

“They said they would salt my fields and steal all my ratchet hoes, whatever that means,” Johnson said.

Local coffee shop owner Harry Merkin said he has been unable to abate the demand for PSLs at his business, and that his lack of ability to sell shitty PSL knockoffs has turned his once-busy coffee shop into basically a garage.

“Without adequate pumpkin yields I have been unable to make enough pumpkin shit lattes to meet the overwhelming demand this year, it’s all anybody is ordering right now,” Merkin said. “If this continues through December, I may have to close up shop ‘til spring; then what am I gonna do?”

“I gotta get my shit from Japan, Norway and Indonesia, mang,” Shmeen said. “I didn’t even know Indonesia was a country, let alone a place that sells produce sorta similar to pumpkins.”

Nexustentialism is a fictitious, satirical column submitted primarily by students. View expressed do not reflect those of the Daily Nexus or UCSB.