The Daily Nexus
The Brew Review
The SB Beer Fest: Prepare for Local Malt Annihilation
October 13, 2014 at 5:00 am by Allison Wright

Have you ever spent at least 15 minutes in Keg & Bottle’s bomber aisle? Do you follow a brewery on Twitter? Have you ever uttered, “Wine? I’m more of a beer person.” Does the sound of drinking as much beer as you choose sound appealing? If you answered yes to any of these questions, you belong at this weekend’s oldest local beer festival. Organized by a committee consisting of members from the Santa Barbara Rugby Association (SBRA), Pints for the Park returns to offer four hours of beer tasting, music and good times for its 21 and up attendees at Santa Barbara’s Elings Park.

The non-profit festival welcomes 27 breweries and with over 10 hailing from the central coast. Santa Barbara’s own the Brewhouse, SB Brewing Company, Figueroa Mountain and Pure Order will be repping their brands alongside nationwide big-shots such as Samuel Adams, Sierra Nevada, Carlsberg and Anheuser-Busch’s Belgian-style Shock Top. For those less-than-passionate beer tasters, seven other fermentation specialists will grace the grounds of Elings Park. With multiple cider sellers and two wineries, any alcohol enthusiast should be able to find a beverage that tickles their taste buds. 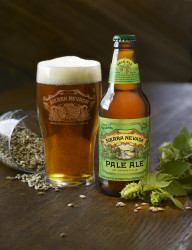 In addition to a beer list one could only imagine, the festival will host four musical acts and an entourage of food and wares vendors. Whether Sonic Chaos, Thunder Rose, Afishnsea the Moon and DJ Ian Soleimani pull crowds with sick blues riffs or result in mobs of twerkers, their musical additions should certainly enhance the parks overall ambience. To alleviate any imminent drunchies, I.V.’s own Woodstock’s, as well as other local vendors, will pedal pizza slices and sausages.

For the On The Menu staff, we have our tongues in hopeful, preemptive puckers for sours, specifically Firestone 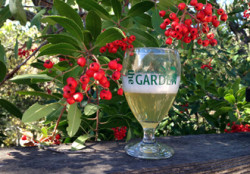 the light and refreshing style is sure to keep drinkers cool.

For $50 before Oct. 13 and $60 after, festival goers will receive a miniature pint glass at the entryway, which entitles them to as many tastes as they can bear to consume. The festival also offers a “Designated Driver” ticket for $15 that includes a free meal and water. No one under 21 will be permitted to enter. The Santa Barbara Beer Festival will take place this Saturday, Oct. 18 from noon until 4 p.m. at Elings Park.