The Daily Nexus
Water Polo
UCSB Finishes in Eighth at So Cal Tournament
October 13, 2014 at 5:00 am by Edward Moss 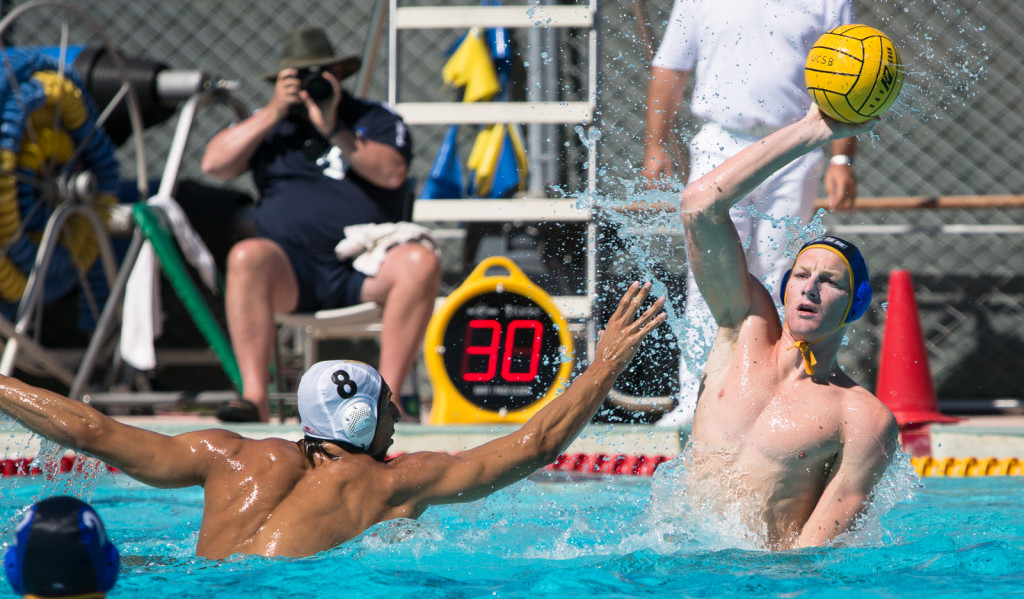 The No. 6 UCSB men’s water polo team had a disappointing weekend at the So Cal Tournament at UCLA, going 1-3 while losing multiple matches it felt could have gone the other direction.

“It was a frustrating weekend at times,” junior goalie Chris Whitelegge said. “Our emotions ran high in an exciting match against USC Saturday night and then we couldn’t continue that on Sunday. We were tired and lost focus.”

The Gauchos record went to 9-7 after the tournament, which they finished eighth in after a win over Pepperdine and losses to USC, UCSD and Pacific.

The Gauchos played their last match of the weekend against Pacific and lost a heart-breaker in overtime 8-7. Up in the last minute, Pacific scored a goal late in the fourth quarter out of set and went on to score in the extra period. Freshman attacker Shane Hauschild led the Gauchos with three goals, but it was not enough as tiredness got to the Gauchos in their last match of the weekend.

After losing their second match on Saturday, the Gauchos entered Sunday disappointed that they wouldn’t be able to continue to the semifinals. However, they knew they were still in for a difficult test against a No. 8 UCSD team which had seemingly rested many players while taking a bigger loss to No. 1 UCLA the day before 17-5.

The Tritons then dominated on both sides of the ball for the rest of the game, scoring five straight goals and winning the game 9-4. Senior goalie Cameron Ravanbach was nearly unbeatable as he made 16 saves to diminish Santa Barbara’s offense.

“It was hard coming from a big game the day before to one where the other team loafed a game to win against us,” that freshman/senior utility Chase Racich said.

The big match of the weekend for the Gauchos was against No. 4 USC in the quarterfinals of the tournament, but they could not pull through, losing 11-9. The game was a close contest throughout as the two teams ended the first quarter tied 3-3, but the Trojans controlled the second quarter and ended the half up 6-3. Santa Barbara pulled one goal closer in the third quarter but the Trojan’s tough defense didn’t allow the Gauchos to pull any closer.

“It was tough losing to a team that is going through to the next round,” Racich said. “We could have won the match and we need better mental strength to push through and win.”

All of these matches came after UCSB started the tournament with a victory over No. 12 Pepperdine 11-7. Santa Barbara opened the game with two goals as Alkateb and junior attacker Kevin Cappon hit the back of the net before the Waves countered with a goal of their own from junior utility Luke Hewko.

UCSB took control in the second quarter as it scored three goals while allowing none to enter halftime up 6-2. The Gauchos continued to dominate in the second half as they took an eventual 11-4 lead before allowing three goals at the end of the game.

McElroy and Cappon each potted another goal while Hauschild and Racich each scored two and junior utility Tor Jensen and junior two-meters Cameron Yates also added tallies of their own. Whitelegge had five saves and sophomore goalkeeper Liam Lenihan had three in the Gauchos opening victory.

UCSB hosts Stanford next Sunday in a conference match for the first meeting between the two teams this season.