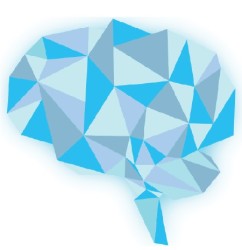 The National Institute of Health announced on Sept. 30 that University of California researchers have been awarded more than $10 million of the $46 million in grants given to laboratories across the country for neuroscience research.

The grants are part of the federally funded BRAIN, or Brain Research through Advancing Innovative Neurotechnologies, Initiative to which the National Science Foundation is adding 36 Early Concept Grants for Exploratory Research, or EAGER. Laboratories within the UC system were aided by multiple EAGER awards, with each award amounting to $300,000 over the course of two years. Of the 58 NIH awards given this year, 14 are for projects led by researchers from UC Berkeley, UC Davis, UC Irvine, UCLA, UC San Diego and UC San Francisco.

Brenda Bloodgood, an assistant professor in the division of biological sciences at UC San Diego, said she sees the BRAIN Initiative as a forward thinking goal that is “pushing scientist to think about the brain on multiple levels.”

“Thinking about how the synapse works, how a cell works, how a larger collection of cells work — most labs focus on one of those levels,” Bloodgood said. “But we need to be able to integrate knowledge on all of those levels to have a big picture view of how the brain is working.”

Bloodgood also said she hopes to see the impact of the grants and the research they fund extend beyond the laboratories on the university campuses.

Martin Usrey, professor in the College of Biological Sciences at UC Davis, said the research supported by funds from the BRAIN Initiative is groundbreaking, developing new technologies and tools for neuroscience and neuroengineering.

“These grants are really emphasizing cutting edge types of research,” Ursey said. “Not just tying up loose ends of past projects, but to push us into new directions.”

Usrey also said he sees the BRAIN Initiative as having a positive effect on the UC system as a whole.

“One of the neat things about BRAIN initiative is that it’s pulling us together across the different campuses to collaborate and synergistically work with each other to make new discoveries,” Usrey said.

According to Ehud Isacoff, professor of neurobiology and director of the Helen Wills Neuroscience Institute at UC Berkeley, the large portion of federal funding allocated to laboratories within the UC system speaks to the renowned reputation of its researchers.

“It’s just another indication of the strength and variety across the state in really top notch research and innovation,” Isacoff said. “I think it’s going to really, really be a great energizer on these campuses.”

According to third-year actuarial science major Coleman Kistner, federal funds should be spent on neuroscience research because of the prevalence of neurodegenerative diseases.

“There’s Alzheimer’s and dementia and PTSD, lots of stuff that we haven’t really figured out yet,” Kistner said. “So in that area we should definitely be spending lots of money.”

Usrey said growth in the economy will “absolutely” follow new developments in neuroscience.

“At the core of technology for medicine and biotech are discoveries made at the universities,” Usrey said. “When we generate these new findings and their applications, they translate directly into money generated for the state. That’s why so many countries want to have a science infrastructure, is to power their industry and their medical care.”

“I am often asked how my research is going to help cure disease,” Bloodgood said. “But we can’t fix problems until we can identify problems. Funding basic research and developing tools that enable basic research will ultimately lead to the cures and treatments that everybody wants.”

A version of this story appeared on page 9 of Thursday, October 9, 2014’s print edition of the Daily Nexus.