The Daily Nexus
Previews: What's Going On
Pop Punk Band To Play Velvet Jones
October 9, 2014 at 5:00 am by Heeba Kaleem 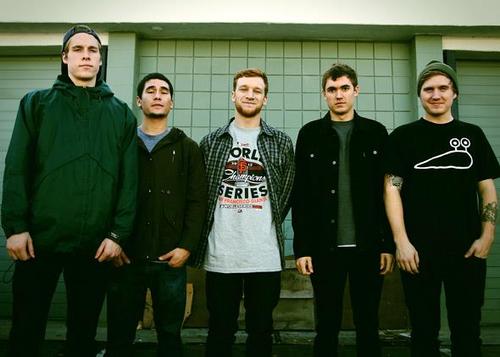 Photo courtesy of The Story So Far.

Hailing from Walnut Creek, California, The Story So Far have quickly gained lots of attention in the pop punk scene. The band, formed in 2007 and composed of Parker Cannon (vocals), Kevin Geyer (guitar/vocals), Kelen Capener (bass), Ryan Torf (drums) and William Levy (guitar), has worked together since they were out of middle school and have signed under Pure Noise Records. Since then, they have performed at the 2014 Vans Warped Tour, along with both national and international tours in Japan, Europe and Australia. Their second studio album What You Don’t See (2013) debuted 46 on The Billboard 200 and placed ninth on British magazine Rock Sounds “The 50 Best Albums Of 2013” list. The album sold 13,000 copies its first week and has also placed #1 Vinyl, #8 Alternative, and #8 Independent on Billboard’s charts. The band is currently on a nationwide headlining tour along with bands like Stick To Your Guns, Heart to Heart, Rotting Out, and more.

Songs like “Right Here” and “All Wrong” capture the The Story So Far’s sound and shows off the edgier version of pop punk. Their honest and aggressive lyrics, coupled with their unique Californian sound, are what earned them a loyal fan following which continues to grow. Although heavy guitars and raspy screaming are a common occurrence in their discography, they also have acoustic, softer songs like “Clairvoyant” and “Navy Blue” that don’t lose the band’s trademark sincerity in their lyrics. The songs are sweet and poignant, yet still cutting in their message. The Story So Far is definitely a band to look out for as they continue to gain recognition for their talent throughout the country.

The Story So Far will be performing at Velvet Jones in Downtown Santa Barbara on October 15 at 7:30pm. Admission is $18.