The Daily Nexus
Previews: What's Going On
Beatles Mania Festival to Hit L.A.
October 9, 2014 at 5:00 am by Audrey Bachelder 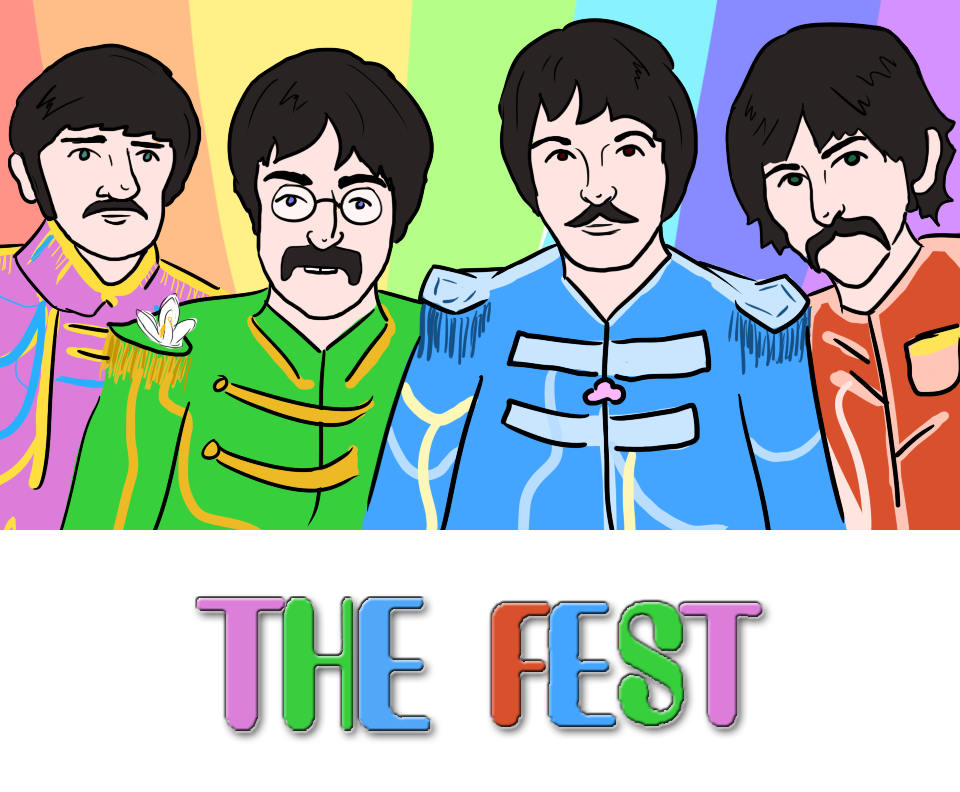 In 1964, seven days before Valentine’s Day, a flight from London arrived in John F. Kennedy airport in New York that would change the course of American pop culture forever. This was, of course, the day that the Beatles first stepped on American soil, greeted by thousands of screaming fans. The bowl-cut-sporting Fab Four, whose song “I Want to Hold Your Hand” had topped American charts only a few weeks prior, were shocked when their pilot announced, “Tell the boys that there’s a big crowd waiting for them.”

And what a crowd it was – 5,000 screaming girls (and a few men) at the airport. Most of these new fans had heard “I Want To Hold Your Hand” only a week ago, but a lot were enticed by the promise of a free t-shirt and a dollar, a promotion headed by Seltaeb, The Beatles’ U.S merchandising organization. Adding to the buzz was the fact that New York City was covered in bumper stickers and posters, dispersed by Capitol Records, bearing the slogan “The Beatles are Coming”. That Friday morning Beatlemania had officially arrived.

This weekend, Beatlemania is coming again, this time in the form of a three day festival in Los Angeles. Titled “The Fest,” the Fab Four celebration that has been running since 1974 is taking over the LAX Marriot Hotel.

There’s even an ashram “at the end of penny lane” that pays tribute to the Beatles’ 1968 trip to India, where they studied transcendental meditation with the Maharishi. The ashram will be a space to “turn off your mind, relax and float downstream … open up into your own new realm of consciousness inspired by The Beatles.”

Looking at the lineup of events, things can get a bit overwhelming. Seriously, there is so much wonderful stuff going on, it’s almost impossible to write about it all. Here are some highlights.

Battle of the Beatles Bands: An assembly of Beatles look-a-likes will perform onstage and play a couple of songs, while the audience gets to play judge. What’s not to love?

George Harrison Ukulele Parade: A parade led by grand puppeteer Bob Abdou, who will host the Beatles Puppet Show for the 18th time this weekend. With a ukulele in hand, Abdou will march on through all 16 ballrooms of the fest.

Beatles 60s Dance Party: The annual bash that kicks off the weekend on Friday. Prizes will be awarded for the most creative 60s outfits, Eleanor Rigbys, and mop top hairdos.

“We Can Write It Out”: A songwriting session with Mark Hudson, the legendary record producer who spearheaded Ringo Starr’s solo career. Hudson will sit down with eight lucky people and produce a song. The lucky eight are chosen on a first come, first serve basis — so get there early on Saturday and Sunday.

Outdoor Pavilion Party: Ongoing dance party that will play host to Beatles DJs, the Yellow Submarine Van and a live Breakfast with the Beatles broadcast by KLOS Radio.

Paperback Writer Room: The place where more than 20 Beatles authors will speak on legends, idiosyncrasies and personal obsessions with the Fab Four. From Dee Elias, Confessions of a Beatlemaniac, to Andrew Grant Jackson, Where’s Ringo?, there’s a paperback writer for every fan.

The bottom line — if you love the Beatles, there’s no excuse for not indulging yourself in full Liverpool adoration this weekend. The ticket to ride isn’t even that expensive with the nifty 30 percent off UCSB student discount. If you think that you’re too busy, go and work it out. The Beatles were always able to work it out.

To gain access to the UCSB students only discount, go to thefest.com/2014-fests-/buy-tickets/ and type in the code UCSBEATLES.

A version of this story appeared on page 18 of Thursday, October 9, 2014’s print edition of the Daily Nexus.

Also, see what Paul and Ringo are saying about Maharishi’s Transcendental Meditation today …