The Daily Nexus
On the Menu
Ogle Some Avos: The California Avocado Festival in Pictures
October 6, 2014 at 9:20 am by Allison Wright

This past weekend, the 28th Annual California Avocado Festival drew roughly 100,000 enthusiasts to the streets of downtown Carpinteria. On perhaps one of the hottest weekends of the year, with temperatures skyrocketing to the high nineties, festival goers packed Linden Avenue and paid their respects to one of Santa Barbara County’s favorite crops. Not willing to miss the opportunity, On The Menu Editor Allison Wright went with fork and wallet at the ready. For those who were unable to make the journey to the little town by the sea, mash up some avocados, start dipping and follow along for at least a little “peace, love & guacamole.” 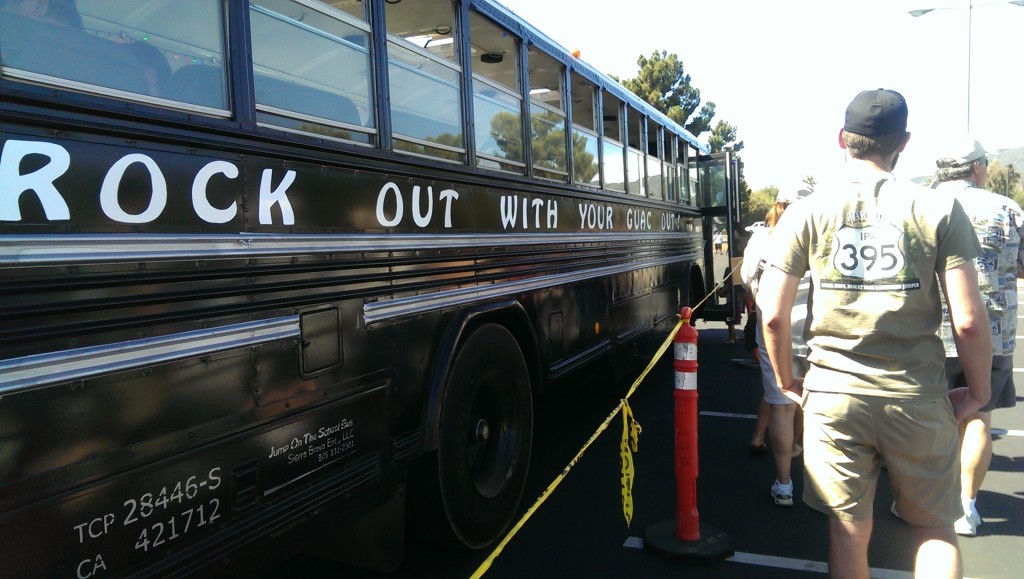 Patrons park half a mile from the festival venue. While they must pay to park, courtesy shuttles run hoards of already sweating avo lovers from the Carpinteria High school parking lot to Linden Avenue. Painted black and inscribed with “rock out with your guac out,” the transformed school busses recall our rebellious teenage years and the novelty of sprinting to claim the back seat. With primary colored lights strung along the ceilings and a slew of speakers blasting Foreigner and Pink Floyd, the Avocado Festival already rocks. 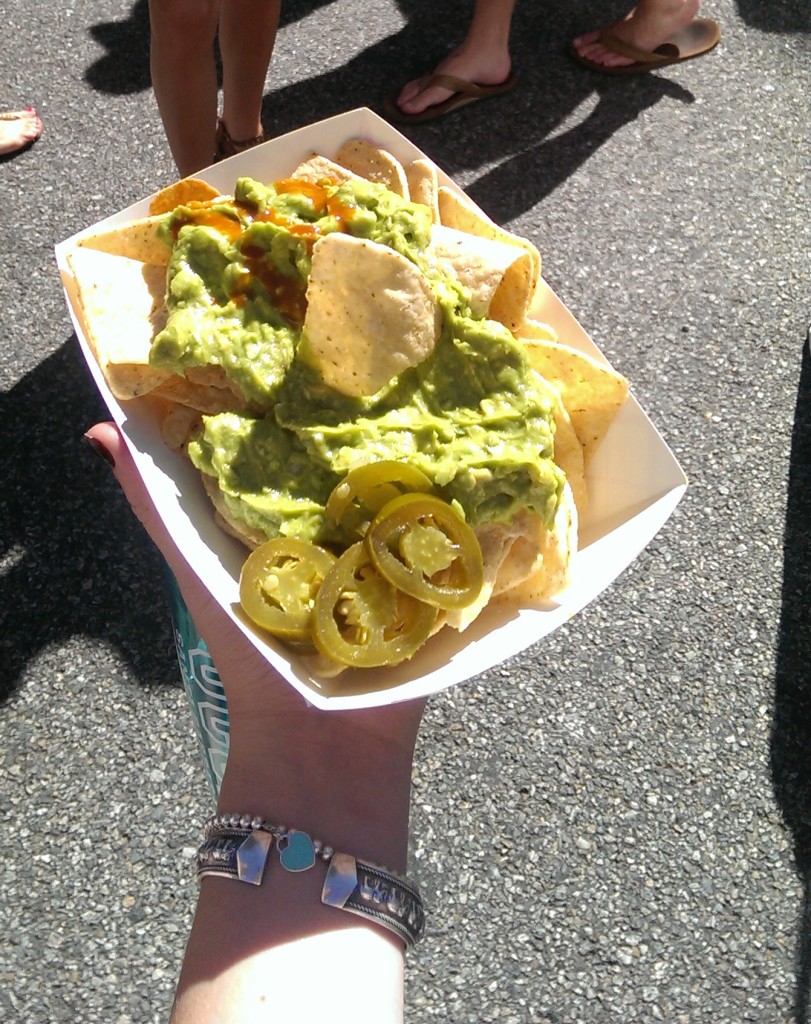 Since the festival starts with rock, getting the guac out is a necessary next choice. After sampling avocado oil and and greasy avo hand lotion, the OTM gang is caught in a human net. The hungry and guac-gluttonous bake in the sun as they wait to pay for a considerate scoop from the world’s largest bowl of guacamole. Five dollars seems steep for what is essentially a handful of chips and creamy avo spread, but with a lingering hangover and an empty stomach, I am quick to proffer some bills. As I douse my serving with Tapatio, I glimpse the world record bowl. Essentially a baby pool on ice, I imagine diving in and wish I had left that image a mystery. Could this be too much of a good thing? I pop a sliver of jalapeño onto the tip of my tongue and chase with guac and all my concerns are forgotten. 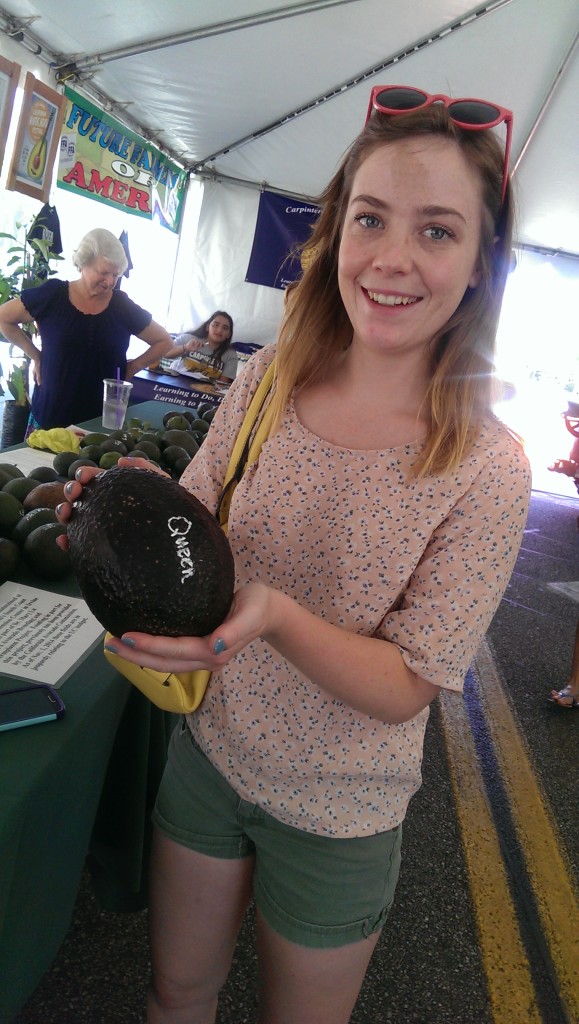 Avo lover Paige hoists a Queen avocado. Surely the name derives from its gargantuan size and, weighing in at over three pounds, this specimen does not disappoint. While we were unable to get a taste, we can only hope that the flavor is just as royal. The table behind hosts all kinds of avocados — even the familiar haas makes an appearance. From mottled browns and blacks to leathery greens, our minds are blown. Size-wise, the giants are not the only ones that inspire gasps and excited points. Thumb-sized “cukes,” mutants without seeds, are still edible and still just as delicious. 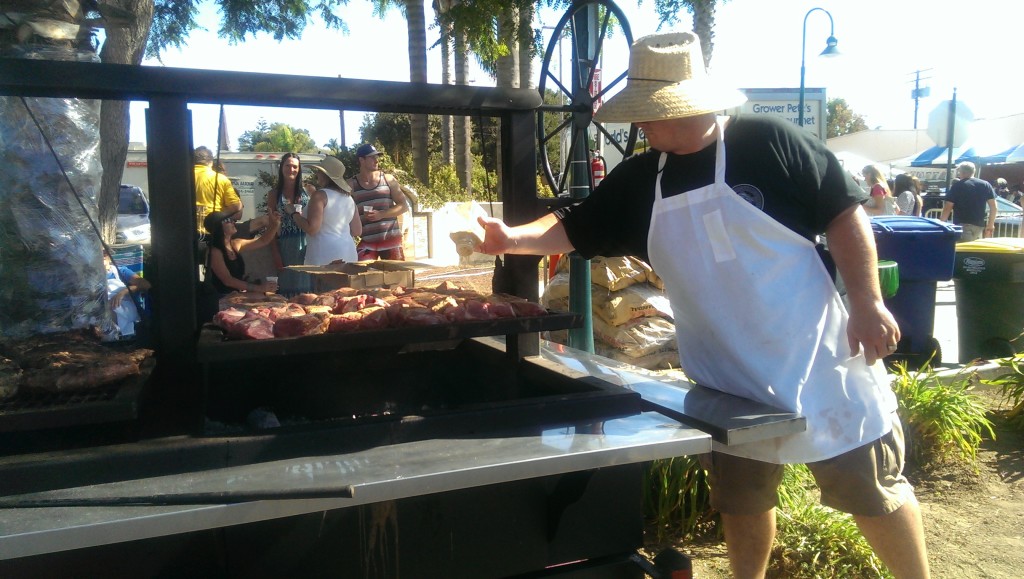 Creating a wavy heat haze and emitting succulent scents that would make the most pious vegetarian drool, this trailer turned barbecue takes two men to operate. The grill masters season each flank of pork and beef with hefty doses of secret spices. As those that gathered to watch them flip the giant steaks sweat from the heat of the sun alone, I wonder how these guys keep their cool. Maybe the lure of a carnivorous lunch break keeps them going. 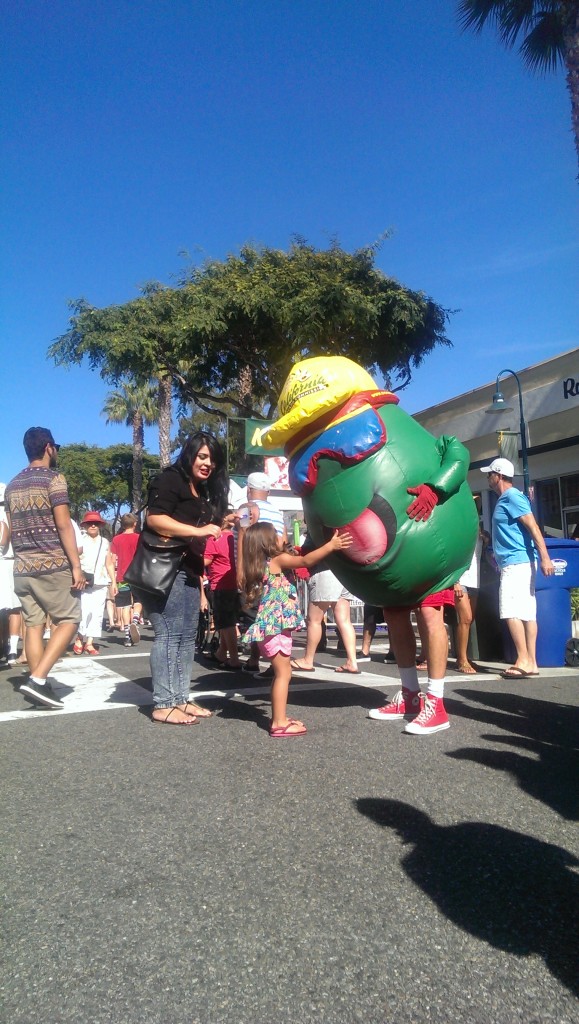 Perhaps as enticing a photo-op as the face-in-hole dancing avocados, the Avoman strolls throughout the festivals main avenue. Receiving fives high and low and hugs around the knees from awed kids like this young girl, the Avocado Festival mascot is far from terrifying. Jayla and her family traveled from Sacramento to partake in the avocado festivities. 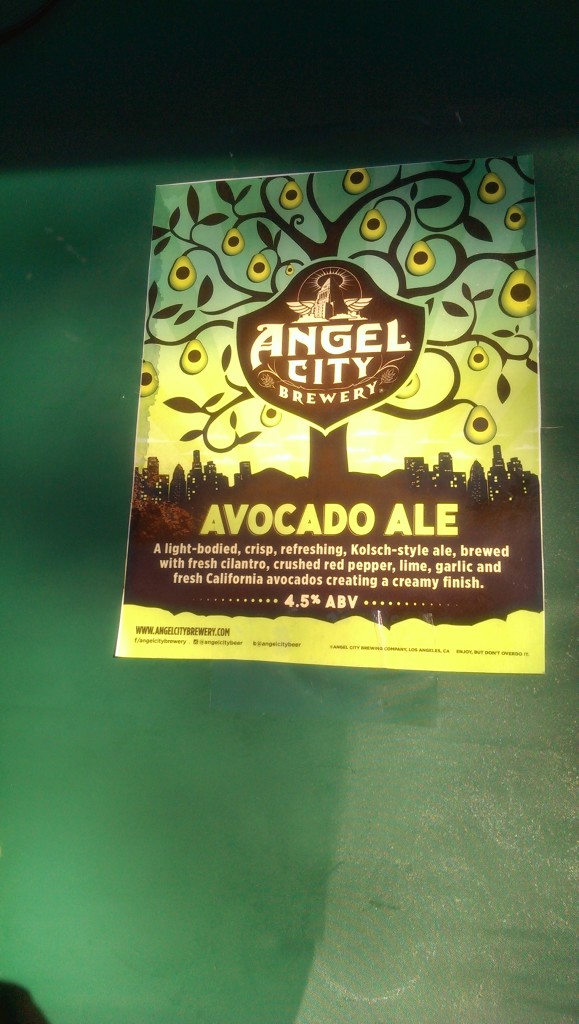 In addition to unfathomable pounds of guacamole, the Avo Fest offers kegs upon kegs of an ale brewed with avocados. Provided by Los Angeles based sponsor, Angel City Brewery, this kolsch style brew is a popular choice for craft brew fans. Despite its obvious interest in recreating guacamole in a pint glass, the brew seems to be a beverage bust. With one disappointed imbiber mistaking the avo ale for Coors Light, its slight opacity and creamy mouthfeel are the only significant differences. The beer lover within appreciates the effort and the cooling sensation that ensues but wishes for Island Brewing Company’s Avocado Honey Ale. 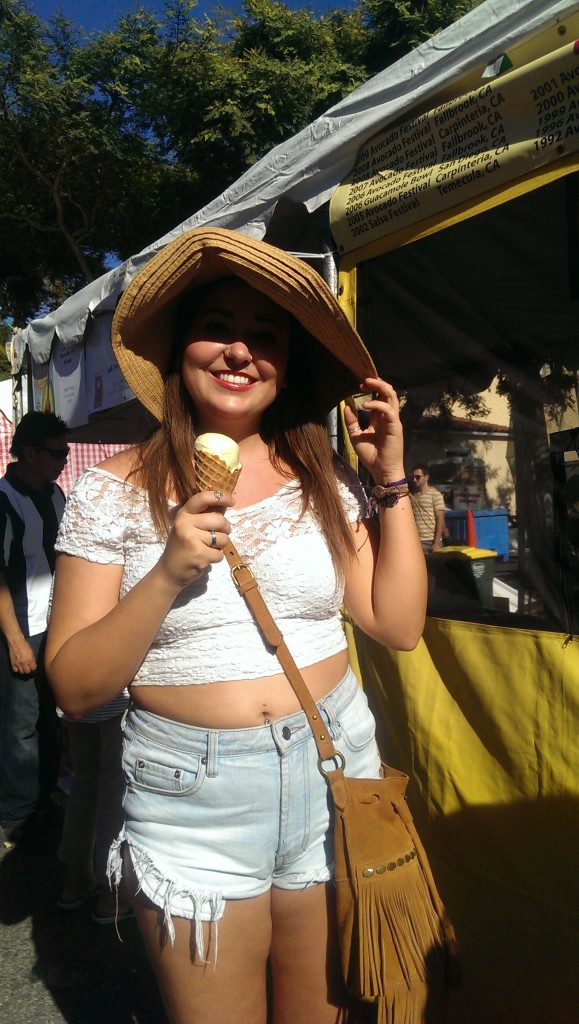 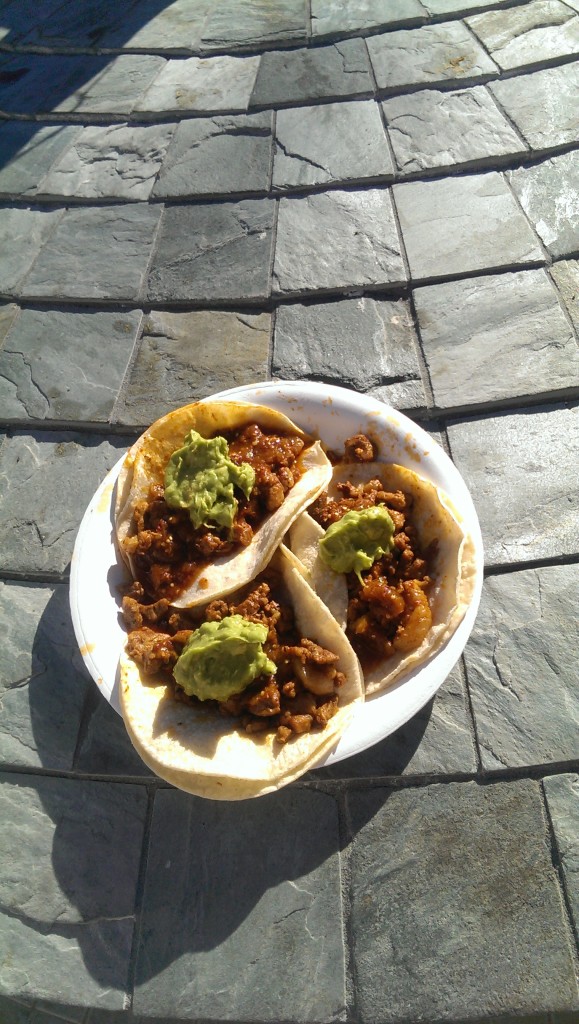 While the avo ice cream is legendary, OTM puts in a vote for al pastor tacos with dollops of guac.

Photos and words by Allison Wright

Love these!! Thanks for the coverage :)
Also, the word “cukes” low-key freaks me out, but seedless is pretty cool.