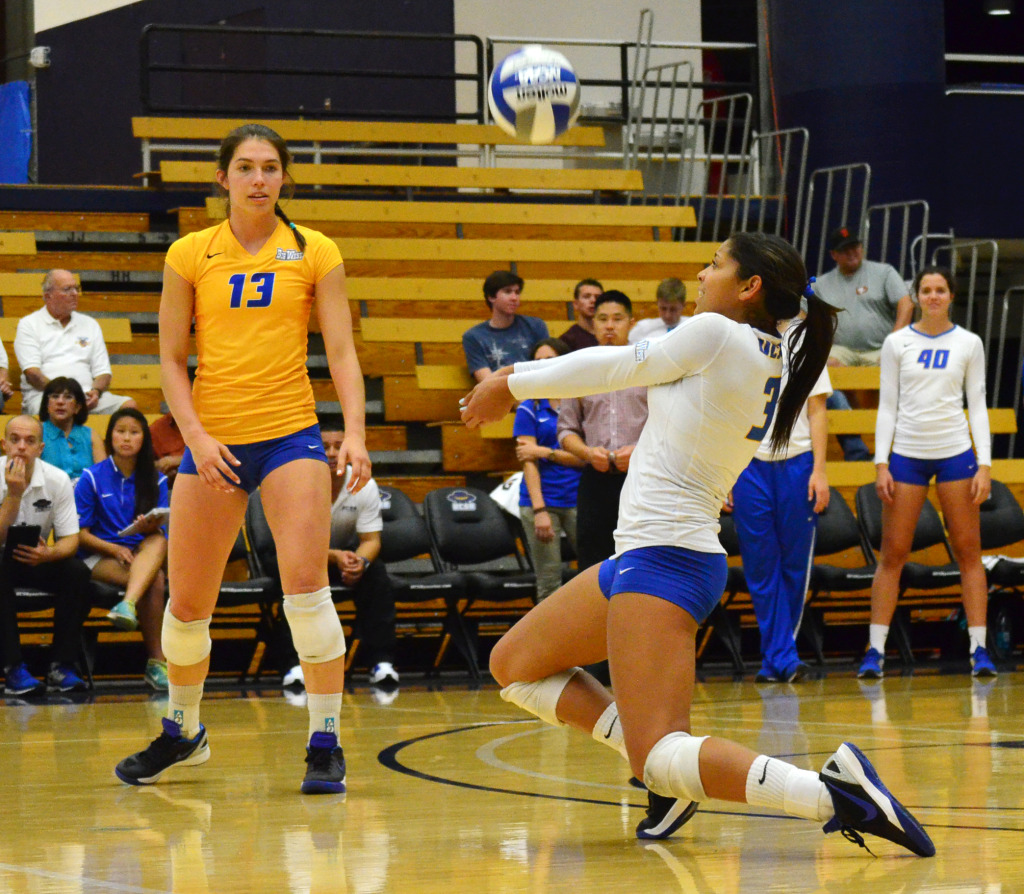 The UCSB women’s volleyball team went 1-1 this past weekend at the Thunderdome with a 3-0 win over Riverside on Friday and a 3-0 loss to Davis on Saturday.

UCSB started from behind against the Aggies in the first set, hitting .114 as a team while Davis hit .282 in the first set, with UCSB ultimately falling 25-21. As the match went on, the Gaucho error count increased as the Aggies held them to a .000 overall team kill percentage in their 25-19 second set loss. The team concluded their match with a negative kill percentage in the third set in its 25-16 loss.

“We matched fine with them, it’s just that we didn’t execute our game plan, and I felt like they did a better job at just that,” Head Coach Nicole Lantagne Welch said. “We came out flat and we needed to have more aggressiveness in all of our play.”

An offensive leader in the game against Davis was freshman outside hitter Chanel Hoffman, who hit for a .231 kill percentage and seven points. Defensively, senior setter Ali Santi ended the game leading the team with 12 total digs.

On the other hand, the team came out strong on Friday against Riverside and finished the match in three sets. UCSB decisively defeated UCR 25-19, 25-13, 25-12 in straight sets.

Coming out on top for the Gaucho offense on Friday was junior opposite Jaylen Villanueva, hitting for a .259 kill percentage and scoring 12 points.

Junior opposite Britton Taylor also hit for a .333 kill percentage against Riverside, making it her second consecutive game to hit above .300. In addition, junior outside hitter Ali Barbeau hit seven kills for a .467 kill percentage, scoring 11.5 overall points with no errors. Defensively, sophomore outside hitter Ali Spindt, playing as the team’s libero, had 26 digs.

The team will face UC Irvine and Cal State Fullerton in the Big West next weekend on the road.

“Right now, we are focused on Irvine and for what we have this weekend,” Lantagne Welch said. “We know that we’re going to have to adjust to every team we play and really come ready to play fired-up volleyball from the start.”