The Daily Nexus
The Doc Is In
Drug and Alcohol Myths: Fact or Fiction
October 2, 2014 at 5:00 am by Jennifer Taylor 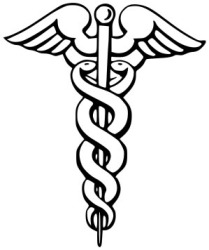 FACT OR FICTION: Marijuana is addictive.
Fact. While most marijuana users are not addicted, there is the potential for a behavioral, psychological and physiological addiction. Withdrawal symptoms can last anywhere from a few days up to a couple weeks, and often include irritability, anxiety, restlessness, difficulty sleeping, poor concentration, lack of appetite and vivid or disturbing dreams. Addicted individuals have difficulty quitting and experience problems as a result of their marijuana use.

FACT OR FICTION: If a friend appears to have passed out from drinking too much, it’s best to let them sleep it off.
Fiction. A person who is passed out and unresponsive from drinking should never be left alone. Paramedics should be called immediately to come assess the individual and they should be placed on their side in case vomiting occurs. Signs of alcohol poisoning include: extreme confusion, slow or irregular breathing, vomiting while passed out, pale skin and/or not responding or waking up. Don’t try to make the person vomit, and never assume they will “sleep it off.”

FACT OR FICTION: Using cocaine is a good way to counteract some of the effects of alcohol.
Fiction. Research is still investigating the health implications of cocaine, but it is clear that mixing alcohol and cocaine is very risky for multiple reasons. Drinking with a stimulant (like cocaine) speeds up the metabolism and alcohol reaches the brain faster, leading to higher BACs. Additionally, cocaine often masks the effects of the alcohol, leading to increased consumption over longer periods of time. Combining the two leaves a highly toxic chemical in the liver called cocaethylene which, over time, increases the likelihood of an early heart attack or sudden death. When mixing substances, there is an additive effect which increases the likelihood of overdosing on either drug.

FACT OR FICTION: Taking Molly is safer than taking Ecstasy because it’s pure.
Fiction. Molly (the term used to refer to the pure crystalline powder form of MDMA) typically contains a number of dangerous synthetic substances, and frequently doesn’t even include MDMA. Ecstasy comes in pill form and is notoriously cut with other substances. There is a lot of variation among batches of each of these substances, so the effects the chemicals will have on your body are often unknown.

FACT OR FICTION: Blacking out is a fairly normal part of college drinking.
Fiction. While you may know people who black out regularly, this does not mean it’s “normal.” Blackouts are a body’s warning sign, and can occur when large amounts of alcohol are consumed quickly, leading to a rapid rise in BAC and impairment in the part of the brain that forms and stores memories. Most college students want to have fun and make positive memories, yet drinking to the point of blacking out directly interferes with these goals.

FACT OR FICTION: Taking hallucinogens (acid, mushrooms, etc.) can be a fun escape when you’re feeling really stressed or going through a hard time.
Fiction. Experiencing a “bad trip” is one of the biggest (and most unpleasant) risks of taking hallucinogens. This can involve paranoia, anxiety, disorientation, hallucinations or delusional thoughts. The experience can be incredibly distressing to the user, and is more likely to occur if you’re feeling upset, anxious, sad or insecure.

FACT OR FICTION: Alcohol affects males and females differently.
Fact. Compared to men, women contain about 50 percent less of an enzyme that metabolizes alcohol in the stomach and inhibits entrance to the bloodstream. Women also have less water in their bodies to disperse the alcohol, which leads to higher concentrations of alcohol in the blood. Hormonal changes over the course of the month also impact BAC levels in women, whereas this is not the case for men.

FACT OR FICTION: Getting into a car with a driver who is stoned is as safe (sometimes even safer) as having a sober driver.
Fiction. Many studies show that use of marijuana can double the risk of accidents. The risk increases with the use of more potent forms of THC. Impairments include reaction time, hand-eye coordination, short-term memory, time and distance perception and attention/concentration. Perhaps the most prominent risk is the impaired ability to multitask and respond quickly to split-second, unexpected situations while driving.

FACT OR FICTION: There are lots of ways to speed up the process of sobering up.
Fiction. Showers, coffee, fresh air … while these may feel good, only time will help with sobering up. Alcohol is metabolized by the liver at a steady rate of about one standard drink per hour. In fact, for someone who goes to bed at 2 a.m. with a BAC of 0.20, by 2 p.m. the following afternoon, they will still have a BAC of 0.02 regardless of how much greasy food or coffee has been consumed in between.

FACT OR FICTION: Taking a friend’s Adderall prescription to boost your studying is risky.
Fact. Prescription drugs like Ritalin, Adderall and Vyvanse alter certain chemicals in the brain, increase blood pressure, blood glucose and heart rate and constrict blood vessels. Without being under the care of a prescribing physician, users are more likely to experience increased anxiety, difficulty sleeping, racing thoughts, sexual impotence and changes in sex drive, headaches and feeling jittery. Additionally, continued use can lead to paranoia, heart attack or seizure and physical or psychological dependence. Being caught with these substances without a prescription or with intent to sell/distribute is a felony, a charge that can follow someone the rest of their lives.

FACT OR FICTION: Drinking and taking Xanax, Vicodin or cough syrup can be lethal.
Fact. This is a seriously dangerous combination. All of these substances are “downers,” or central nervous system depressants. Combining alcohol with any of these substances can lead to dangerously slowed breathing and heart rates, sometimes lethal. This has happened at UCSB and it is not only tragic, but entirely preventable.

A version of this article appeared in the 10/2/14 print edition of the Daily Nexus.

Cite your sources; otherwise, this is just something anyone could type up as fact.