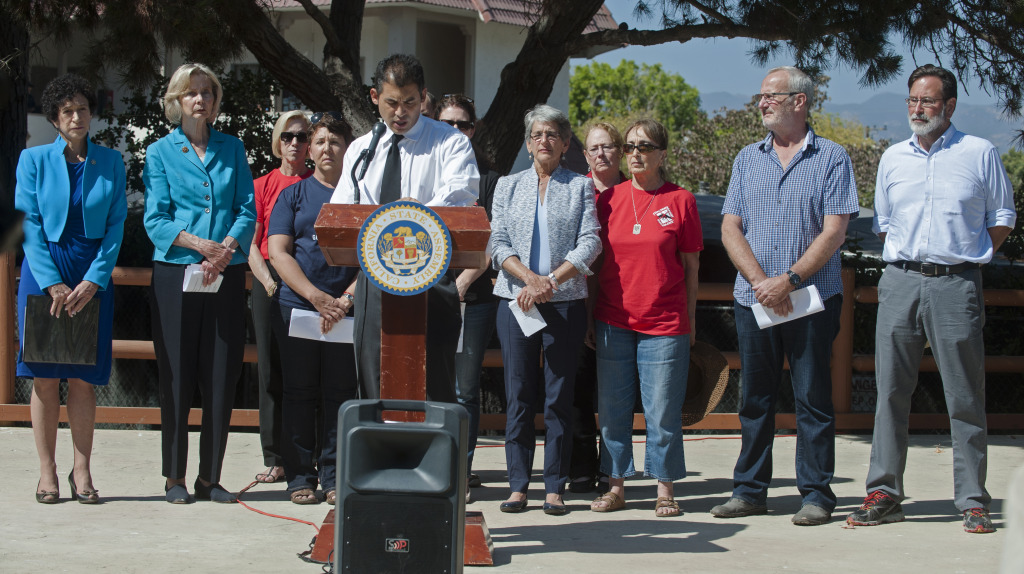 Das Williams addresses the crowd. The state assemblyman co-authored a bill allowing courts to issue gun violence restraining orders. According to Williams, the bill was written to address “a gap in the law.” Kenneth Song/Daily Nexus

Two laws introduced by state legislators from the Santa Barbara area following last spring’s murder spree in Isla Vista, which took the lives of six UCSB students, were approved by Governor Jerry Brown this past Tuesday.

The approved laws are AB 1014, which allows a judge to issue a temporary, emergency restraining order to briefly prohibit an individual’s access to firearms if they are judged to be dangerous, and SB 505, which requires local law enforcement agencies to implement written policies to encourage officers to consult the Department of Justice Automated Firearms System to determine whether a person subject to a welfare check is the registered owner of a firearm. The authors of the newly approved laws and other public officials gathered at Anisq’oyo’ Park in I.V. yesterday for a press conference on the law’s approval.

State assemblyman for Santa Barbara and Ventura counties and AB 1014 co-author Das Williams stated that the governor’s approval of the gun violence restraining order is a “huge victory” that empowers law enforcement and family members to take steps to protect themselves.

Williams also said in a separate press conference that he was inspired to author the bill to address a “gap in the law” that became evident following the events of May 23.

“As I learned more about the details of this incident and that the family of the perpetrator of this violence had made an effort to alert law enforcement to possible danger, it became clear the system wasn’t set up, directly, to protect us as a community,” Williams said at the press conference yesterday. “In the future, it will be a tool for concerned family members, friends and law enforcement to deal with troubled individuals.”

AB 1014, which goes into full effect Jan. 1, 2016, authorizes a given court to issue a maximum 21-day “gun violence restraining order” prohibiting the subject of the order from owning or having any access to firearms or ammunition. The issuance of such an order is contingent upon the court’s determination that the subject of the order poses a threat to themselves or others by having access to firearms.

The law states that gun violence restraining orders can be requested by both an immediate family member or a law enforcement officer. The bill also requires an additional court hearing to be held within the 21-day period to determine whether a year-long order prohibiting firearm access should be issued. Additional year-long orders can also be issued at the court’s discretion.

Williams also said in a separate interview that roommates would be able to make a request for the order because under California law anyone living with someone for a minimum of six months also qualifies as immediate family.

The issuance of a gun violence restraining order would also require that the subject of the order surrender all firearms in their possession. Under current laws, sheriff’s deputies can ask the subject of a welfare check to voluntarily surrender firearms, but cannot seize weapons simply during welfare calls, according to Santa Barbara Sheriff’s Office spokeswoman Kelly Hoover.

Williams also said he thought the “most important thing” when it comes to addressing existing gun laws is to get Congress to act.

“We’ve been able to pass some very good gun laws here,” Williams said in a separate interview. “But at a national level nothing has been done. Sandy Hook, Colorado, our tragedy in Isla Vista, all of this has happened, and while it’s changed the politics of Sacramento it hasn’t changed the politics in Washington at all … so people are gonna have to get angry and demand that change.”

Third-year environmental studies major Jennifer Suh and friend of Christopher Michaels-Martinez was present at yesterday’s press conference and said she believed the bill’s approval is a start to making a difference.

In late August, the families of slain UCSB students Christopher Michaels-Martinez, Veronika Weiss and Katie Cooper wrote a letter to Brown urging him to approve the legislation and emphasized that if a gun violence restraining order had been possible prior to the shooting, lives could have been saved.

“Nothing we can do will bring back Christopher, but I’m confident this new law will help save lives and prevent other families from experiencing this same kind of tragedy. States around the country should be exploring this life-saving measure,” Richard Martinez said in a statement following the law’s approval.

“This bill will help ensure that law enforcement agencies are using all the tools available to them to gather potentially life-saving information for themselves and others,” Jackson said in a statement.

Three weeks prior to the Isla Vista shooting, Santa Barbara County Sheriff’s deputies contacted assailant Elliot Rodger as a part of a welfare check at his parent’s request, but did not know he possessed any firearms and cleared the call. Under the new law, the Santa Barbara County Sheriff’s Office will now be required to develop policies to encourage officers to consult the Department of Justice’s Automated Firearms Database prior to conducting a welfare check.

Welfare calls are fairly commonplace, but consulting the Automated Firearms System prior to taking a call is not standard procedure and would only occur if deputies felt the individual in question posed a threat to themselves or others, Hoover said in a prior interview. 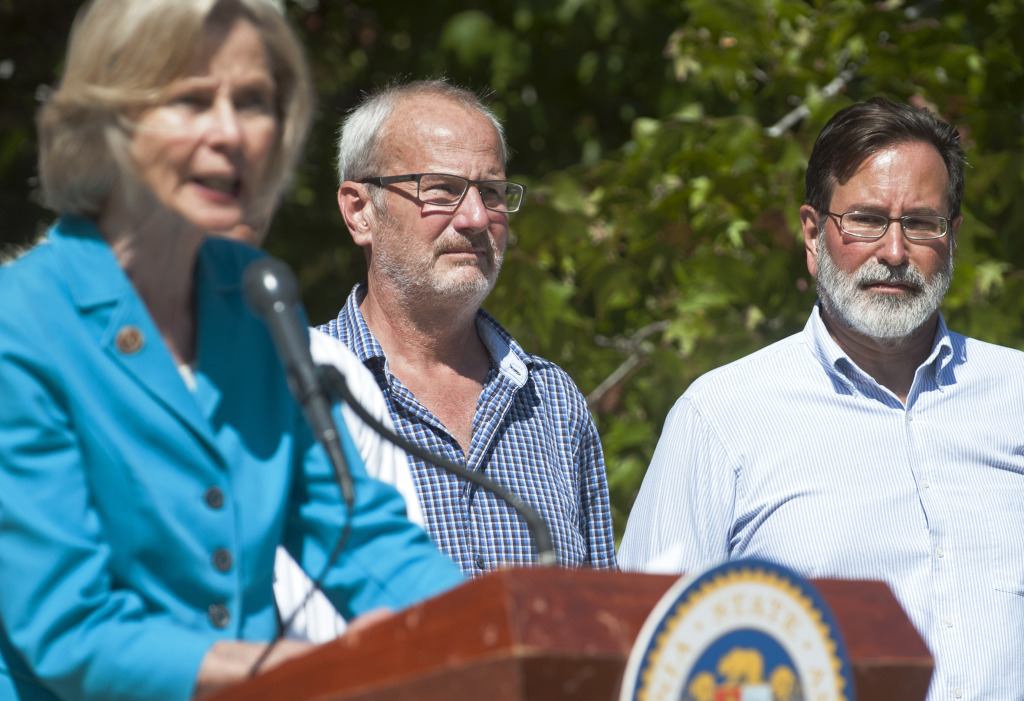 This story appeared on page 1 of Thursday, October 2, 2014’s print edition of the Daily Nexus.

Had these laws been in place prior to the Isla Vista shooting, it would not have changed anything. The deputies still have to prove that someone is a threat to themselves. Eliott Roger did not provide any evidence to the deputies that he wanted to hurt himself or other people. Reactive laws are silly.