The Daily Nexus
News
Director of WHOI Discusses Radioactivity in Pacific Ocean
May 28, 2014 at 5:00 am by Emani Oakley

Radioactive isotope expert Ken Buesseler discussed the effects of radiation releases from the Fukushima Daiichi Nuclear Power Plant in Japan on Tuesday during a Campbell Hall presentation entitled “Fukushima – A View from the Ocean”.

Director of the Center for Marine and Environmental Radioactivity at the Woods Hole Oceanographic Institution (WHOI) in Massachusetts, Ken Buesseler spoke of the extreme effects of the earthquake and tsunami in Fukushima on March 11, 2011. The Fukushima Daiichi Nuclear Power Plant has leaked large amounts of radioactive material into the surrounding environment since the facility experienced a meltdown following the tsunami.

According to Buesseler, the Western United States is not under a direct health threat from the radioactive leakage originating from Fukushima.

“Radioactivity can be dangerous, you should be concerned when things like this happen, but I don’t think that Santa Barbara or the West Coast are contaminated to levels where we should have concern for our health or safety,” Buesseler said.

Buesseler said he was studying the fallout of plutonium from weapons testing in the 1940s and 1950s by the United States and Soviet Union.

“I did a thesis on plutonium isotopes in the North Atlantic,” Buesseler said. “Plutonium is what’s been delivered atmospherically after the weapons testing globally. So every pond, every lake, every piece of soil that’s exposed has a bit of plutonium in it. What we were interested in, as oceanographers, was the science of that fallout in the ocean. How much was left in a waterfall and how much was left on the sea floor with respects to isotopes.”

According to Buesseler, he primarily focuses on the fallout from Cesium-137 because it takes a long time to dissipate from the ocean.

“Cesium-137 has a 30-year half-life which is around for a long time,” Buesseler said. “That’s why it’s still here from the weapon testing 60 years ago. If you were to ask what’s the most radioactive ocean right now from Cesium-137, it would be the Aegean Sea followed by the Baltic; not the Pacific, not the Atlantic.”

Buesseler said two sources of Fukushima radionuclides, which are high-energy atoms with unstable nuclei, are entering the ocean through “atmospheric deposition” and “direct discharge.”
“We have these explosive releases of atmospheric derives of fallout and the gases carried out by aerosol either to the ocean or on land,” Buesseler said. “Luckily for Japan these tend to fall offshore. So about 80 percent of the fallout that came through those explosive releases fell on the earth and that happened about 3 days after March 11.”

According to second-year marine science graduate student, Nick Thompson, the effects of radiation on the ocean tend to be overlooked by policymakers.

“This lecture was very helpful,” Thompson said. “It’s very hard to get good information on this topic. Buesseler discussed some possible ways to combat some of the radiation of the ocean, however it seems that there is little political will to invest in this.”

Thompson said the government did not effectively manage the fallout and there is lack priorities for research on the levels of ocean radiation.

“It seems that it’s been so mishandled by the government.” Thompson said. “This is a problem, yet no one is doing much to research it because it is not prioritized.”

Third-year biology student, Maria Barnes said the discussion gave her reliable information on the situation that is not easily accessible otherwise.

“It was nice to be able to discuss a topic that doesn’t get much attention,” Barnes said. “I wasn’t very familiar with radiation in the ocean before besides from what I heard in the media and it was comforting to find out that we aren’t in any eminent danger.”

Barnes also said she hopes people will take more interest in the issue of radioactive pollution of the oceans.

“You always hear about pollution, but many people don’t consider what pollution from weapons or natural disasters have on the ocean,” Barnes said. “I just wish that more people would inform themselves about this problem, because if more people knew they would have a greater drive to do something about it.”

Barnes said she was concerned about the long–term effects associated with radioactive pollution.

“The speaker said currently our radiation levels in the ocean aren’t harmful, but what happens if that changes,” Barnes said. “It’s important that we learn about what’s happening now so that we know what to do in the future and prevent things from getting really bad.” 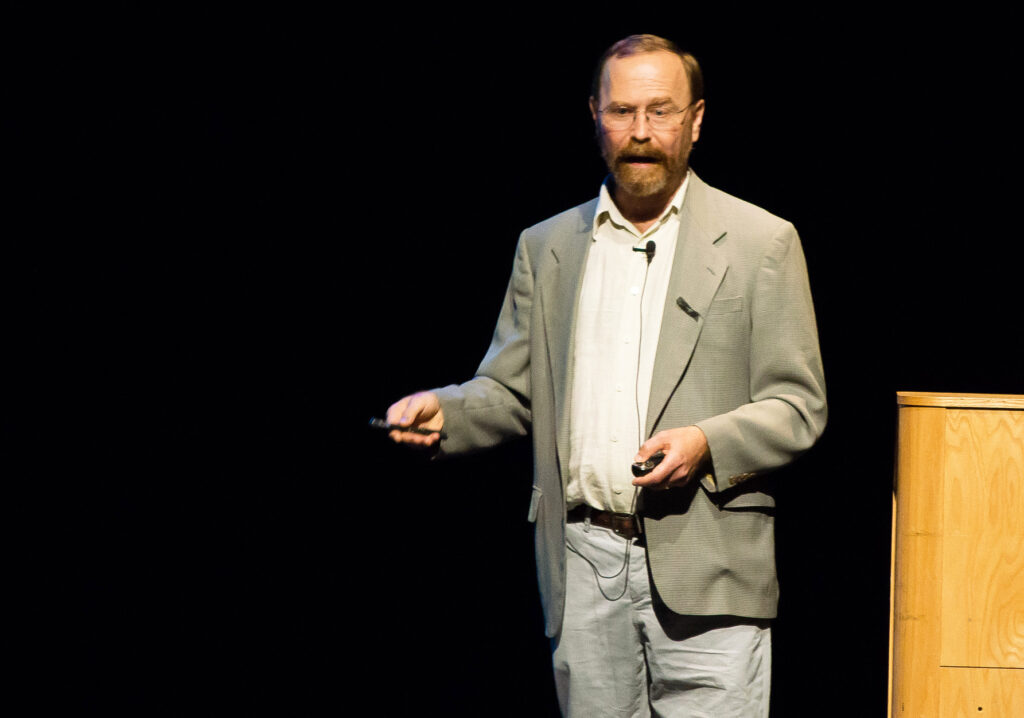 A version of this story appeared on page 7 of Wednesday, May 28 2014 print edition of the Daily Nexus.

I fear the Director of WHOI Discusses Radioactivity in Pacific Ocean is just a government sponsored apologist for the nuclear power industry. My research shows that the most risk from Fukushima comes from air born radioactivity not radioactivity in seawater. My measurements confirm that the seawater radiation is certainly elevated but the biggest risk is the aerosolized fine particulates which normally are elevated above the sea shore at several thousand feet but as the sun goes down this layer of atmospheric fine particulates drops down to sea level after dark. The lame stream media likes to focus on seawater instead… Read more »

Scroll through the headlines and read the comments on Enenews for a better understanding of “nuclear” radiation and its detrimental effects to human health, human DNA, and the environment.