The Daily Nexus
Science & Tech
Nintendo Slated to Release Revamped Pokémon Ruby and Sapphire for Nintendo 3DS this November
May 21, 2014 at 7:00 am by Suraj Sood 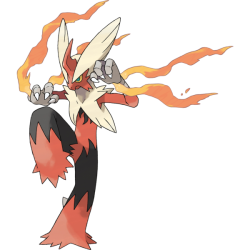 In 2002, Nintendo released the wildly successful Pokémon Ruby and Pokémon Sapphire Versions videogames for Game Boy Advance. Now, approximately twelve years since the original release, Nintendo 3DS announced that a re-mastering of the Pokémon franchise’s Omega Ruby and Alpha Sapphire are slated to be released worldwide this November.

The next generation games do not come as a surprise to the majority of Pokémon’s avid followers; in the weeks leading up to the announcement, online videogame forums were flooded with posts of “Hoenn confirmed!” a reference to the region of the Pokémon world in which the games take place. The internet gaming community has continued to stir up hype surrounding the highly anticipated upcoming Pokémon games.

Among points of excitement are the constantly evolving gaming mechanics, including new Battle Modes, such as the Double Battle introduced in Ruby and Sapphire, and enhanced functionality and aesthetics, such as an additional touch screen on the DS and the introduction of 3-D battle graphics seen in last year’s Pokémon: X and Y. The games will also feature more user-friendly Wi-Fi capabilities, enabling players to battle one another from anywhere on the globe with relative ease. The concept of “Mega Evolution” will be introduced, giving storylines and competitive play entirely new dimensions for the favorite and more obscure species of Pokémon to explore the hidden potential of their bonds with trainers even further (and yes, Charizard finally attains its much-desired Dragon-typing with one of its Mega Evolutions).

More fundamentally, the games afford old and new players alike the opportunity to experience the nostalgic journey of preventing bad guys from reaching their overarching goal of world domination. Along the way, players make friends with new people and Pokémon and collect the badges necessary to take on the Elite Four and ultimately become the region’s renowned champion to enter the esteemed Hall of Fame.

As interesting as the above sounds, though, a valid question many may consider is whether Pokémon is still relevant today. Is anyone in our generation playing anymore at all, let alone with the same enthusiasm as was felt in the decade prior?

Fellow gamer and UC Santa Barbara math alumnus Minh Dinh is still enjoying the franchise and he anticipates that the games will live up to the hype.

“Definitely going to get the remakes,” Minh said. “I’m excited about how Nintendo is going to implement online play this time around, since every new generation is always better. This is a big reason why I still play.”

A major facet keeping the Pokémon games competitive in today’s market is the Wi-Fi communication that connects players and has kept scores of fans’ interests alive in spite of the relatively low age range of the series’ target audience.

According to Minh, the option to interact and compete with other players keeps the game from becoming too easy or redundant.

“I almost stopped at Ruby because beating the game was the only challenge,” Minh said. “Now, with the DS’s Wi-Fi capabilities, beating other players is my challenge.”

“Pokémon took off more than 20 years ago in the U.S. because it fit a new type of competitive mentality amongst youngsters,” Wattles said. “Now that you are young adults, I am hoping that you take this mentality and aim it not against others, but towards cooperation and concern for the environment.”

Pokémon’s underlying spirit of competition may well have been what encouraged us to dive deeper into the games as kids, but its overall emphasis on collective harmony has been a part of the series’ mode of play from the start. Features such as Version-exclusive Pokémon serve as direct incentive for players to seek one another out in order to fill the Pokédex. Additionally, the Internet not only allows players to battle one another, but it also cultivates interest in what others are saying about the games — whether or not they like the addition of certain features for instance — or how they feel about newer Pokémons’ designs compared to the old.

“Being able to interact with other players has made me look into the game more closely,” Minh said. “I enjoy going on forums to read up on new strategies and what other people think about the game.”

The Pokémon franchise still has a vast amount of potential to push the boundaries of interactive fantasy media. There are currently six generations with over 700 Pokémon featured in real-world outlets, from anime and movies to manga and a Trading Card Game (the cards from which many players will fondly remember collecting but perhaps not battling with very much).

As the Pokémon Wiki site Bulbapedia, named after the first monster in the complete Pokédex, aptly puts it: “New generations … will continue to be released. Quality will continue to modernize, and new ideas that were never in the series will integrate. As the world is innovated and changed, so will the world of Pokémon.”

This author hopes that in all of our individual goals to “become the very best, like no one ever was,” we never lose sight of the fact that life, and all the exciting battles that comprise it, are best enjoyed as a collaborative and truly open-ended endeavor.

The title of this post contains a typo. The ‘Nintendo 3DS’ is not called the ‘Gameboy 3DS’.

Oh, I’m amped. Ruby and Sapphire were the best games, except for the villain story. I mean, it was a really good story for kids, but Black & White was on a whole ‘nother level.

It’s the best time to make some plans for the long run and it is
time to be happy. I’ve learn this put up and if I may I want
to counsel you some interesting issues or suggestions.
Maybe you can write next articles regarding this article.
I wish to learn more things approximately it!