The Daily Nexus
Regents
Regents Meet, Review Financial Plans, Student Issues
May 15, 2014 at 5:00 am by Carissa Quiambao and Daniel Slovinsky

After a public forum session featuring protests from fossil fuel divestment advocates and other grievances from students and faculty, the UC Board of Regents discussed a plan to streamline the transfer process from California Community Colleges to the UC, Department of Energy Laboratory biomanufacturing and Long Range Development Plans for the Richmond Bay Campus and UC Santa Barbara.

During public comment, members of UC-wide student organization Fossil Free UC urged the Regents to create a task force addressing fossil fuel divestment, while Richmond community members expressed their support for a proposed research campus project in Richmond Bay. In addition, UC Berkeley and Albany residents advocated for the preservation of the Gill Tract, a local farmland prospected to be replaced by commercial development.

“Due to these traumatic incidents, I have had to take incompletes on all of my classes this semester,” Mauer said while sobbing. “I don’t feel safe on campus, and this impacts my education. I demand a meeting and a personal apology from Chancellor Dirks for failing to foster a safe campus environment.”

“Our work on this front is not complete,” Napolitano said. “I think curbing sexual assault on campuses is a challenge that requires all hands on deck, from students to staff to faculty to all of us in leadership.”

Following Napolitano’s distribution of the 2014 President’s Award, the Regents debated the Presidential Transfer Initiative, which aims to help Community College students transfer to the UC through a five-tiered plan that improves communication outreach, admits students from a wider range of community colleges, streamlines major requirements, provides transfers with a “transfer success kit” and increases transfer enrollment.

“What I don’t understand is how you deal with this when you have kids who try to apply directly to the UC system and have 3.8, 4.0 [GPAs], 2200 on the SAT and get turned down,” Blum said. “Are you kidding these kids when you tell them all they need is a 2.4 to be eligible to transfer?”

According to Governor Jerry Brown, while the transfer process allows lower income families to “have a shot” at UC, the University should also work within its financial limitations.

“So this is a powerful good, given the representation challenge that UC faces. So I don’t think we can solve this today, but I do want to see a serious debate here,” Brown said. “Displace freshman with transfer students? Increase the proportion of transfer students? And what’s the cost of that?”

However, Regent Sherry Lansing said that rather than “displacing” freshmen with transfer students, admitting more transfers and thereby increasing the overall student population may be worth the financial burden to the state.

“I don’t understand; if we’re not taking [transfers], why not?” Lansing said. “If that’s because we don’t have enough money to take all the students for junior and senior year, I think this is an issue that should be addressed through advocacy and through the legislature.”

Following discussion about the Presidential Transfer Initiative, Regent and Chairman of the Department of Energy Laboratories Norman Pattiz said public forum demonstrations by Fossil Free UC were “valid” and the University should find ways to deal with climate change, a problem he said is “monumental in scope.” He then introduced President of Lawrence Livermore National Security LLC William Goldstein, who discussed biomanufacturing and the California bioeconomy.

“We produce all of our fuel essentially from petroleum that we pull [from] underground, and this essentially results in the production of carbon dioxide that goes in the atmosphere,” Goldstein said. “We’d like to change that. One of the ways we can change that is by producing our fuels renewably.”

“We, indeed, have shown our commitment to work in partnership with the community to ensure all we do will benefit not just research going on on-campus and in lab, but also will benefit Richmond itself and the larger East Bay.”

In addition, Chancellor Henry T. Yang gave a presentation to the Regents proposing amendments to the UCSB Long Range Development Plan, in order to incorporate purchased public land and donated property for wildlife restoration, which the Regents approved. 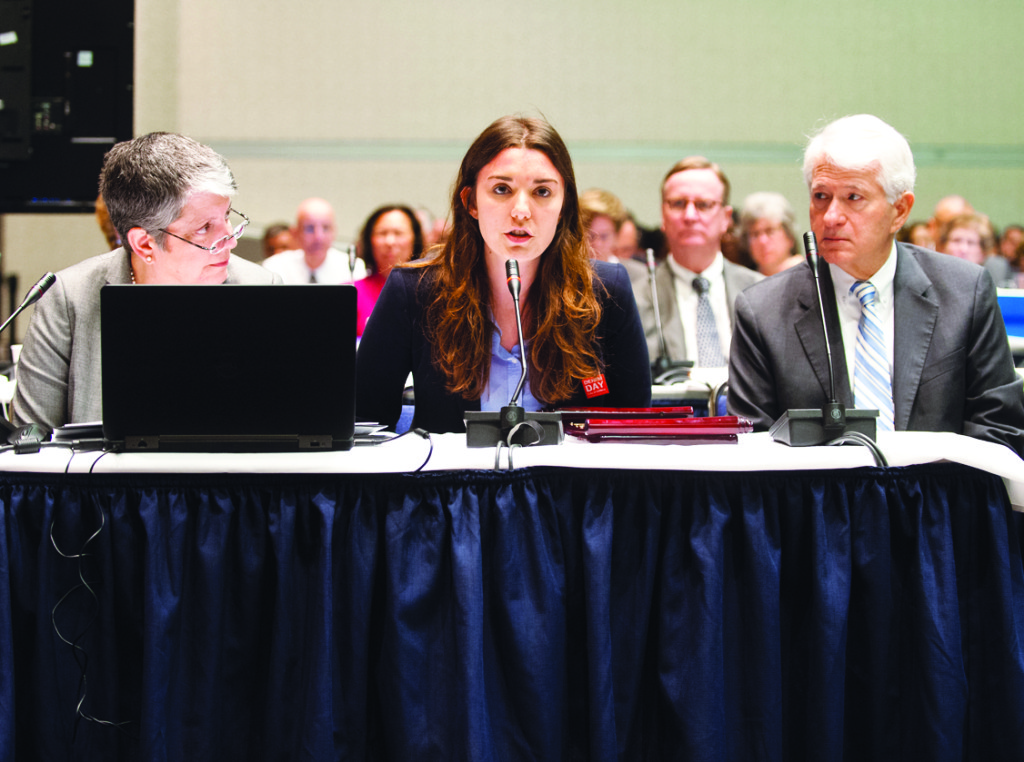 A version of this story appeared on page 3 of Thursday, May 15, 2014’s print edition of the Daily Nexus.