Alameda Park was filled with music, booths and activities to publicize environmental issues

The local Earth Day festival, founded in 1970, was first inspired by a devastating oil spill that hit the Santa Barbara coastline the previous year and was accompanied by the creation of the Community Environmental Council, which hosts the annual festival. The event included various booths and activities educating the public on environmental issues such as global warming, celebrating Earth and nature.

Representatives from the Gaucho Certified Farmers Market set up a booth at the festival to advertise the weekly market and encourage festivalgoers to eat locally produced food. Fourth-year UCSB environmental studies major Tiffany Huynh said farmers markets are superior to supermarkets for a variety of reasons, such as their support for increasing biodiversity and reducing overall pollution.

“It helps keep genetic diversity… and [you] know where your food is coming from and you know that it’s not genetically modified,” Huynh said. “You also reduce greenhouse gas emissions because of all the traffic involved in transporting produce.”

Celebrating Earth Day reminds people of their caretaker roles in the global biosphere, according to Huynh.

“It kind of provides people with a sense of ‘We are a part of the Earth,’” Huynh said. “There’s no other place like this, and if we don’t care for it, we’re kind of losing out.”

Another group present at the festival, Heal the Ocean, came to promote their current campaign to recapture wasted water from Santa Barbara’s sewage treatment plant.

Santa Barbara uses about 12 million gallons of water a day, with eight million gallons of this going through the local sewage treatment plant, according to Ruston Slager, a member of Heal the Ocean. Slager said the group hopes to reuse as much of this water as possible and to keep contaminated liquids from polluting the ocean.

“We are working … to try to capture as much of that water to use again if possible, to keep that water from going into the ocean,” Slager said.

If this waste is released into the ocean, the consequences could be damaging, Slager said.

“It’ll continue to degrade the quality of our ocean, and the ocean is the source of life,” Slager said. “It’s very important not to let that source be contaminated.”

Maya Trifunovic, a second-year math major who celebrated Earth Day, said it is important for students to remind themselves of the strain that humans put on the Earth and to do what they can to reduce the damage.

“It’s so easy to get caught up in assignments, exams and other responsibilities and forget that none of those things would be here without the Earth that’s suffering so much right now,” Trifunovic said. “A lot of work needs to be done and people need to be aware to care.” 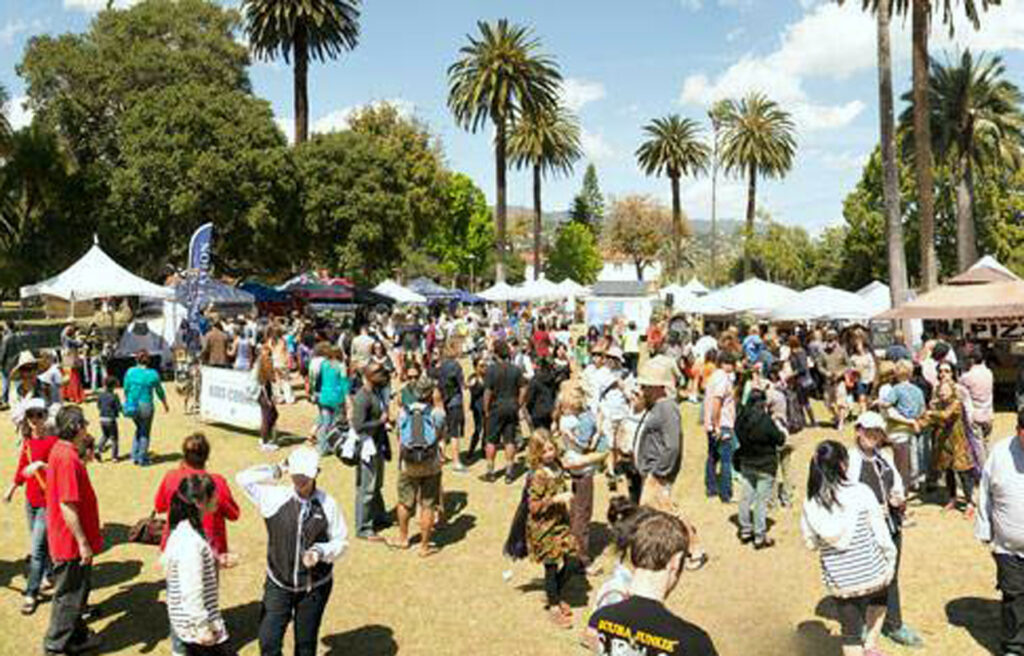 The festival was filled with local organic food, musical talents, a green car show and environmental groups. The annual event started after an oil spill in 1969 off Santa Barbara’s coast.

A version of this story appeared on page 1 of Monday, April 28, 2014’s print edition of the Daily Nexus.