Biochemistry assistant professor Irene Chen has recently been selected for the Searle Scholar Award, an annual prize given to just 15 scholars nationwide, making Chen the third faculty member at UCSB to receive the award in the program’s 33-year history.

As a Searle Scholar, Chen will be receiving $100,000 per year for three years for her research. Chen’s research focuses on the evolution and the design of biomolecular systems, and she has synthetically evolved molecules in order to observe complex molecular fitness landscapes.

Throughout the course of the Searle program’s history, 527 scholars have been chosen for the honor and about $111 million has been awarded to support research in the biomedical field. Since 1980, the Searle Scholar Program has been awarded to select assistant professors who have recently begun their first tenure track position at one of the 155 participating research institutions. The program was established by the international pharmaceutical company, G.D. Searle & Company, and is known for its innovative products such as Enovid, the first commercial oral contraceptive.

In addition to researching mutations and the resulting altered genetic information in ribonucleic acids (RNAs), Chen has also observed how a number of bacteriophage prevents bacteria from spreading genes that resist antibiotics. Currently, Chen is studying the early evolution of the RNAs that could perform biochemical functions to learn about how natural selection and random chance affected the origin of life. Her focus is to find out whether the biophysical effects of functional RNAs have biomedical functions.

In light of her research, Chen said she feels thrilled and honored to receive the award, which she emphasizes will allow her to dive more deeply into her projects.

“I’ve very excited, not only because of the grant itself, but also because it feels like a vote of confidence in some new project ideas in my lab,” Chen said.

According to Administrative Grants Coordinator for the Searle Scholar Program Jennifer Stadler, the program particularly looks for scientists early in their career.

“Usually, we look for … one who shows great potential for being able to make great advances within their field,” Stadler said.

According to Physics Professor Pierre Wiltzius, and Susan and Bruce Worster Dean of Science in the College of Letters and Science, receiving a Searle Scholar Award is an especially notable achievement for UCSB because it highlights the biology department’s increasing prestige. Although UCSB has been recognized in areas of other sciences such as chemistry and physics, this award indicates that the field of biology is gaining strength and recognition, Wiltzius said.

Wiltzius also noted Chen’s many accomplishments since her arrival at UCSB in January 2013, some of which he said includes receiving a million dollar grant for her current research.

“We are so proud of her,” Wiltzius said. “I am so happy that we could convince her to come and join us because she had other opportunities as well to go to other institutions, other colleges, other universities and we were able to attract her. So, this is wonderful for UC Santa Barbara.”

In addition to becoming a Searle Scholar, Chen is also a current Simons Investigator with the Simons Foundation Collaboration for the Origin of Life and received the David White Research Award for the International Society for the Study of the Origin of Life in 2011. She has also received a research grant from Foundational Questions in Evolutionary Biology Fund and was a member of the Bauer Fellowship at Harvard University from 2007 to 2012. Chen has numerous publications and has presented at various talks, such as at Caltech, Cambridge and the Max Planck Institute in Dresden, Germany. 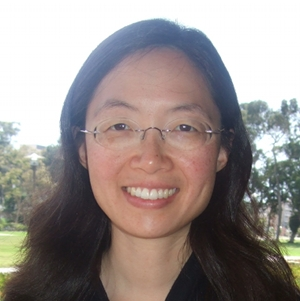 A version of this article appeared in the Thursday, April 10 edition of the Daily Nexus.