Respected geneticist Svante Pääbo of the Max Planck Institute for Evolutionary Anthropology in Germany gave a lecture about Homo sapien human genomes in the Loma Pelona Center yesterday, as a part of the Sage Center for the Study of the Mind’s Distinguished Fellows series.

During the lecture, Pääbo presented research comparing the genome of modern humans to those of Neanderthals and Denisovans. Listed in 2007 as one of Time Magazine’s 100 most influential people, Pääbo is one of the world’s leading geneticists and spearheaded the effort to map the Neanderthal genome, a project completed in 2010.

At the core of Pääbo’s work is a question regarding the significance of genetic contributions by Neanderthals have made to the modern human genetic code. Pääbo said he initially believed this was an impossible question to answer but was clearly proven wrong.

Recent advances in technology allowing researchers to analyze smaller pieces of bone have made the breakthrough possible, according to Pääbo, who said a tiny piece of bone belonging to Denisova, a previously unknown branch of early man, was discovered in 2010.

Smaller than a penny, well-preserved and 90 percent-intact, the bone came from the pinky of a girl. Pääbo and his team were able to extract mitochondrial DNA from the bone and create a genetic sequence, with which they were then able to determine the geographic locations of populations of Neanderthals and Denisovans.

During the presentation, Pääbo displayed a map showing the movements of Neanderthals in Western Europe and Denisovans in Eurasia and China. As shown by the map and other findings, the top geneticist’s research indicates that Neanderthals moved east and mixed with Denisovans about 50,000 years ago. However, Pääbo’s research has also charted the movement of early man out of Africa about 500,000 years ago, which is when they mixed with Neanderthals in the Middle East; Pääbo termed this mixing “leaky replacement.”

According to Pääbo, the genetic makeup of an average person from Eurasia or China is approximately 2.5 percent from these early humans, whereas for people from Fiji, Australia and Melanesia, this number rises to approximately 7.5 percent. Additionally, Pääbo speculates that researchers may be able to read into the data to determine behavioral patterns and possibly even identify ancestors of Neanderthals.

Rick Hartman, an audience member, heard about Pääbo’s findings in the news but was interested to hear about them first-hand.

“The take-away is that everybody that is walking around has got about two or three percent of those in genes in their body — [genes of] people that have been dead for 30,000 years,” Hartman said. “That’s pretty remarkable stuff.”

But Hartman also said he was impressed with the level of expertise Pääbo and his crew had in handling and analyzing the artifacts in their research.

“If you ask most biologists how long DNA will last, you know they’ll say after about 20 years the DNA is basically gone,” Hartman said. “These guys are getting it from these little tiny pieces of stuff that is 90 percent degraded, and they’re managing to build the whole thing.”

Pääbo will give another SAGE lecture next Monday at 3:00 p.m. in Bren Hall, Room 4016. He plans to further discuss the genetic contributions of early man to modern humans — including the topic of when these groups became physiologically different. 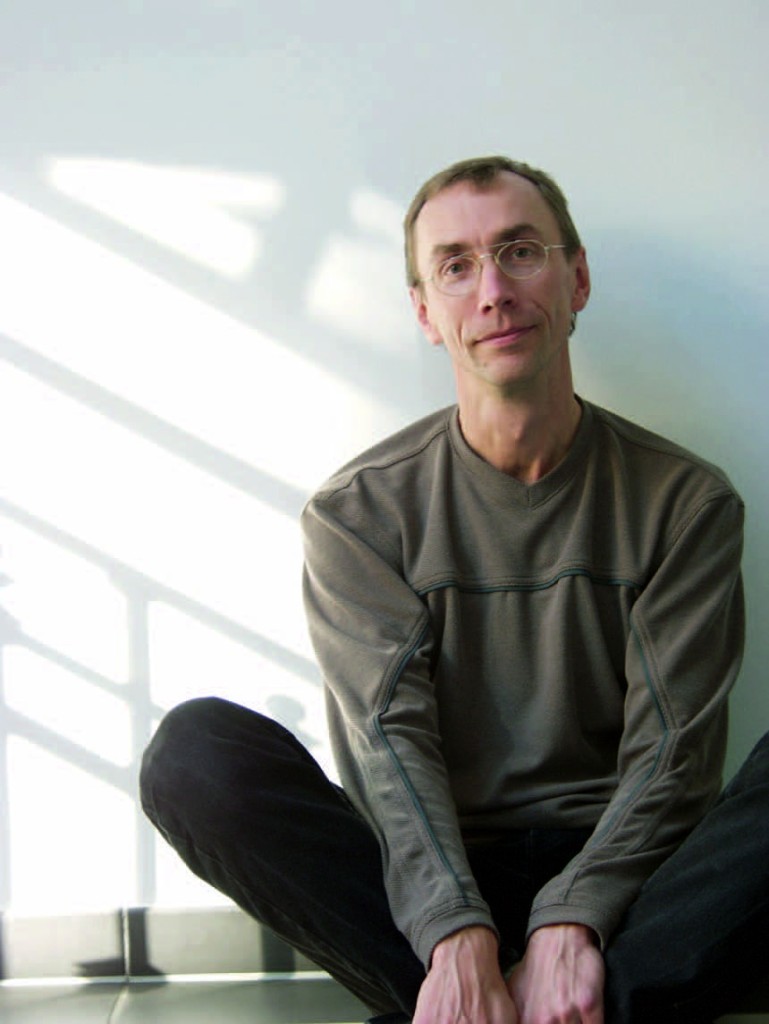