The Daily Nexus
News
Sedaris Returns to Santa Barbara For Night of Storytelling, Satire
March 3, 2014 at 5:06 am by Elliott Wright 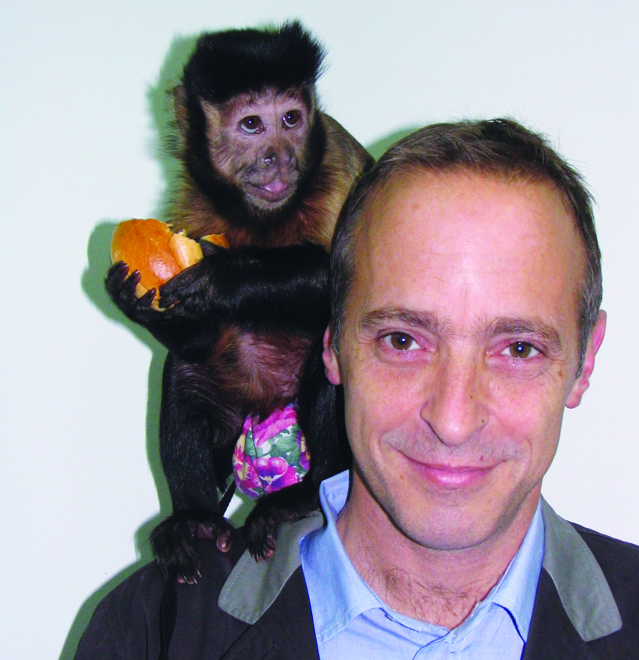 Hosted by UCSB Arts & Lectures, the performance covered a range of topics, such as taboo and relatable subject. A book signing for his April 2013 release, Let’s Explore Diabetes With Owls, followed the event. Sedaris, a best-selling author and National Public Radio (NPR) celebrity, is known for his satirical wit and observant social commentary. Also a popular comic essayist for The New Yorker, Sedaris has written numerous bestselling books, including When You Are Engulfed in Flames, Squirrel Seeks Chipmunk: A Modest Bestiary and the aforementioned Let’s Explore Diabetes With Owls, which are available worldwide in 25 languages.

Fans new and old attended the performance. Angela Weidmann, a Santa Barbara local who has previously seen Sedaris perform twice before, said she enjoys his earlier works, particularly Me Talk Pretty One Day, a bestselling collection of essays.

“I re-read his books a lot, and I still like the older ones,” Weidmann said. “In Me Talk Pretty One Day, he needs speech therapy because he can’t pronounce ‘S’s. He just evades the speech therapist by always using words that don’t have an ‘S’.”

Meanwhile, Kevin McDonough, a UCSB alumnus who graduated in 1977, said he has wanted to see Sedaris perform for years and finally decided to take his night off from work to commute from Thousand Oaks for the event. McDonough said one of his favorite works from Sedaris is When You Are Engulfed in Flames, another book with a collection of essays that brings up humorous and bizarre social situations.

“I liked When You Are Engulfed in Flames because the thought of him trying to stop his cigarette habit by going to Japan was hysterical,” McDonough said. “I’m not a smoker, but I know how difficult it is for people to quit smoking. I was just in hysterics reading that book.”

Leah Millar, a student at Anacapa School, said she “couldn’t breathe” for half the show because she was laughing so much. Millar said her favorite part of the evening was when Sedaris explained a book signing experience for a male college student after a previous performance. According to Millar, Sedaris said the student asked for a comment that was shocking and offensive, so Sedaris obliged with “Dear Mary Lou, your son left teeth marks on my dick.”

Dan Capa, a Microsoft employee, was visiting Santa Barbara for business purposes over the weekend and took the opportunity to see Sedaris speak. Capa said he enjoyed Sedaris’ style, which he described as “witty and off-beat.”

“I find his wit just very spot-on, very observant,” Capa said. “I find all of his work to be just very unique, not many perspectives are very similar to his. It’s very off-beat, but still very intellectual.”

Rachael Letter, a long-time fan who saw Sedaris live for the first time, laughed as she said she thought his comedy was not mainstream. Letter called the culture of his fan base “underground.”

Nancy Isley, a fan who follows Sedaris on NPR’s This American Life, spoke highly of Sedaris’ radio show and said he carries an ability to captivate audiences, even if much of his performance was, as Isley thought, simply an act of reciting the words in his books.

“His delivery is awesome, and I think it’s awesome that people are here just to hear him read out of a book,” Isley said. “He’s just on the stage reading from a book; and look, this place is pretty packed.”

Francis Pat, a friend of Isley’s who saw Sedaris perform for the first time, said she was introduced to Sedaris’ work by listening to This American Life and commended his ability to cover a wide range of topics.

“Even when he writes about serious subject matters, he writes really well,” Pat said. “It’s like reading somebody’s diary. It’s like really from the heart.”

A version of this story appeared on page 3 of Monday, March 3, 2014′s print edition of the Daily Nexus.

With a little thought, surely this person could have fitted in one more “very”?

“I find his wit just very spot-on, very observant,” Capa said. “I find all of his work to be just very unique, not many perspectives are very similar to his. It’s very off-beat, but still very intellectual.”