The Daily Nexus
Artsweek
Prima Ballerina Misty Copeland Continues to Shine at ABT Despite ‘Unlikely’ Beginnings
February 27, 2014 at 5:00 am by Alexandra DeSanto

Many ballerinas, from an early age on, dream of joining American Ballet Theatre — one of the most reputable classical ballet companies in the world. While only a handful of talented dancers make it far enough to achieve this dream, a smaller number accomplish it within only a four-year time period. That’s where Misty Copeland, American Ballet Theatre’s third African American female soloist, comes in.

Although a unique story within itself, Copeland’s tale is one I have grown to know very well over the last couple years. A close family friend of mine, Cynthia Bradley, discovered Copeland when she was only 13 years old. Not yet a dancer at the time, Copeland was spotted on a basketball court at a local Boys & Girls Club of America in our shared hometown of San Pedro, California. At the time, Bradley, a dance teacher, was starting a program with the Boys & Girls Club to bring in students on full scholarship who might not be exposed to classical ballet. Copeland was selected to be one of them.

Although a rather late age to start dancing, it was clear that Copeland had a natural talent for the art from the moment she started taking classes. She was a fast learner and, without difficulty or hesitation, could execute every movement accordingly. Besides from shining on the dance floor, she also immediately developed a love and passion for ballet. What seemed like a sudden discovery in a local Boys & Girls Club would, in turn, shape Copeland’s entire future.

However, a great deal of Copeland’s origins in ballet remain unheard of. I have been lucky enough for Bradley to tell me these stories.

Prior to being discovered, Copeland lived a life in poverty with her mother and five siblings and not at all associated with dance. Once Bradley recognized her extraordinary talents and began working with her, she suggested that Copeland move in with her, her husband and their son on the weekends to train on a serious level. Since 13 is such a late age to start dancing, they only had a short amount of time to catch up on years of practice.

After several years, a cumbersome custody battle ensued between Bradley and Copeland’s mother, and the young ballerina was forced to move back in with her biological family — leaving her world of dance with the devoted Cynthia Bradley behind.

But this setback did not stop Copeland from pursuing her goal of becoming a professional ballerina. At age 15, Copeland won first place in the momentous Los Angeles Spotlight Awards, which led the Los Angeles Times to name her as the Best Young Dancer in the Greater Los Angeles Area. From here on out, Copeland was on the path to success. She moved to NYC and joined American Ballet Theatre at age 17 and since 2007 has been one of their six soloists.

As an African American soloist, Copeland uses a great deal of her public image to promote diversity within the dance community. Classical ballet comes with a burdensome image: one of the tall, slender, Caucasian female. Copeland, a five-foot-two African American woman with curves and an athletic build, does not fit into this stereotype. But she is able to use this to her advantage. Representing African American ballet dancers across the U.S., Copeland aims to expunge this stereotype. Instead she emphasizes the importance of racial variety within the fine arts. By working against discrimination, Copeland sets the precedent for diversifying the array of performers across all stages of America.

To help fight this battle, ABT launched “Project Plié,” an initiative “to increase racial and ethnic representation in ballet and diversify America’s ballet companies,” as stated on ABT’s website. Copeland is actively involved in this initiative, which offers scholarships and training programs to expose young people of color to ballet.

This March, Copeland will publish her eagerly anticipated memoir, Life in Motion: An Unlikely Ballerina. In the memoir, she exposes many details about her life as an African American ballerina with ABT and the challenges she had to overcome to earn that title, including the struggles she faced when she first started dancing. As a story that hits close to home, I can guarantee that Copeland’s upcoming book will be remarkable and eye opening. 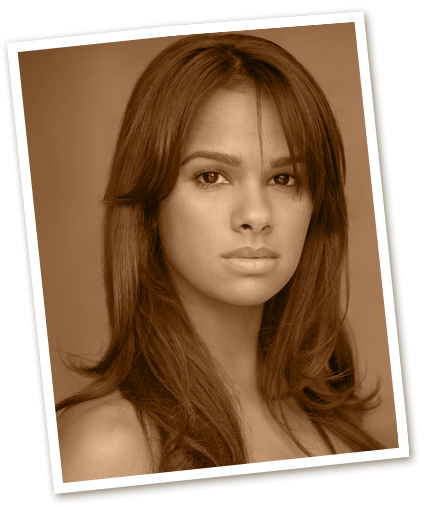 Photo Courtesy of Boys and Girls Club of California

A version of this story appeared on page 10 of Thursday, February 27, 2014’s print edition of the Daily Nexus.