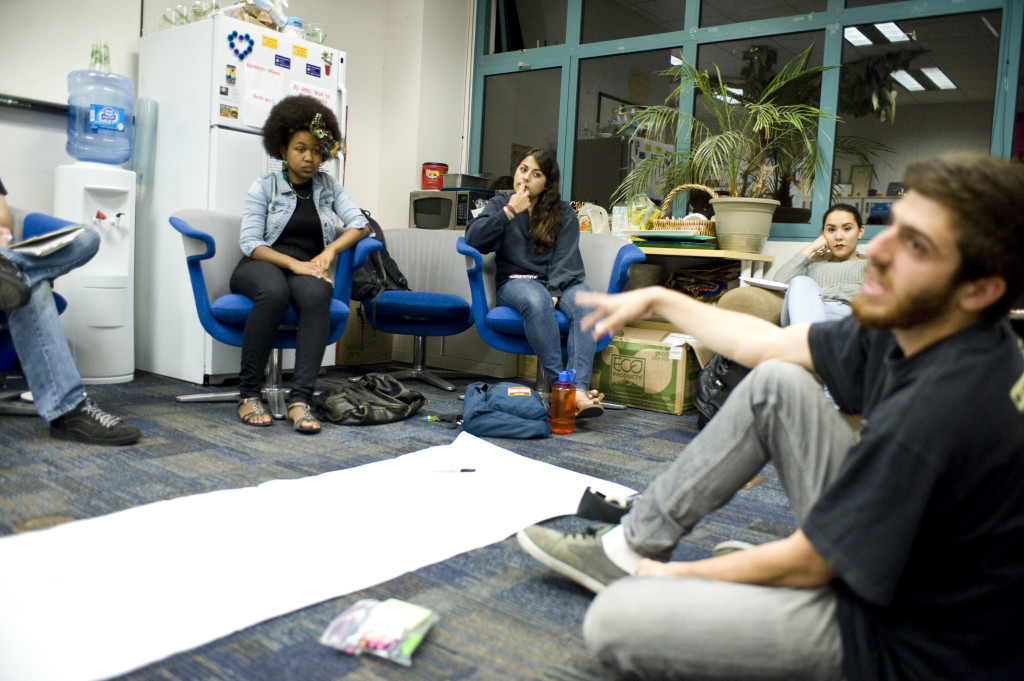 Human Rights Board hosted a teach-in entitled “The ‘Other Side’ of War” to break down popular assumptions regarding the definition of war yesterday afternoon at the Parking Lot 22 lawn.

Taking place from 12:30 p.m. to 2 p.m., the event was led by three student speakers — Anisha Ahuja, Adeel Lakhani and Raufin Raeida Khan — who challenged the audience to think about critical questions surrounding the nature of war and its implications on American culture. Their discussion was held in light of this year’s Human Rights Week theme, which focuses on particularly underrepresented minorities and marginalized groups.

Lakhani, a fourth-year chemistry and biopsychology double major, said it is difficult to point fingers at who is responsible for United States military interventions.

“It’s hard to place the blame on why certain wars are fought on a single serviceman, because really, you can’t,” Lakhani said. “If you think about it, joining the military — a lot of times — is a practical economic decision.”

During the teach-in, Lakhani asked students to express their opinions on who they believed was responsible for starting wars. Audience responses varied, ranging from major media figures to government officials.

Ahuja, a third-year political science and feminist studies double major who also serves as a co-chair of Human Rights Board, said she believes it is not difficult for the U.S. military to find an issue to fight about.

“If there weren’t wars in the Middle East, what would happen to our military? Would we send them to Somalia? What would we do?” Ahuja said. “The United States has lots of enemies around the world. It’s really easy for the United States to find some conflict to get itself into to keep its military active.” 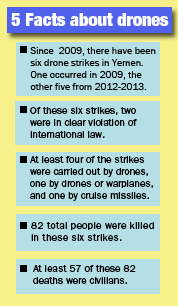 Human Rights Board provided documents detailing information and statistics on modern-day warfare at the event. One of the papers explored Post Traumatic Stress Disorder (PTSD), which is oftentimes experienced by military soldiers who have been active in a war zone, as well as a number of health concerns related to the use of chemical weapons.

During her portion of the teach-in, Khan, a third-year mathematics and black studies double major, focused on discussing the nature and effects of collateral damage from war. Khan incorporated different articles in her talk, such as one detailing the dramatic rise in birth defects in Iraq following U.S. military intervention and another discussing the physical, mental and economic consequences of PTSD.

In response to the event, Mohsin Mirza, a second-year sociology major and one of the participants in the discussion, said the teach-in plays an important role in discussing and educating UCSB students about war.

“It is important that students know how and why war is perpetuated in this country,” Mirza said. “They need to know about the profit associated with it and the destruction it causes to countries and veterans.”

A version of this article appeared on page 3 of November 13, 2013’s print edition of the Daily Nexus.