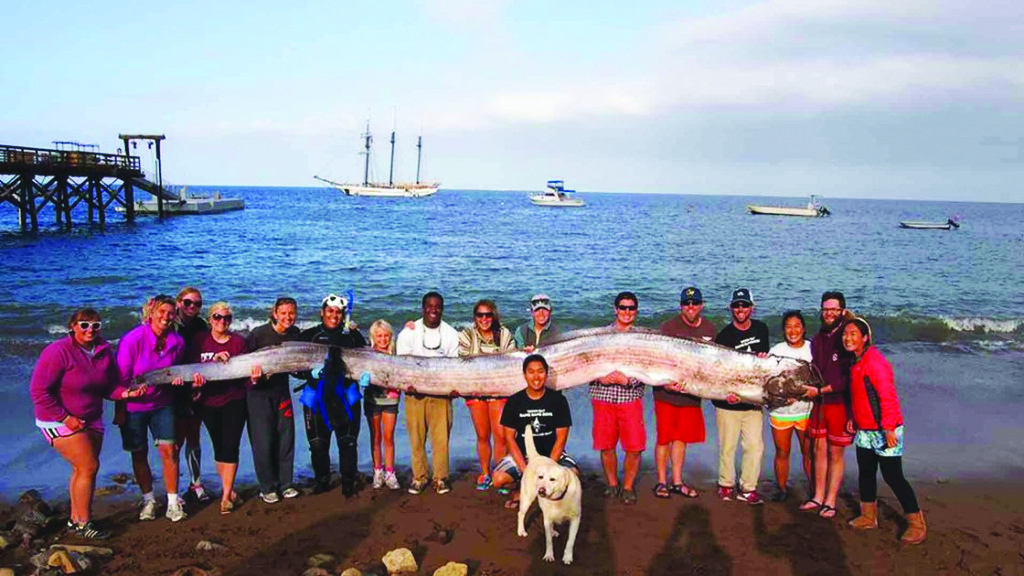 An 18-foot oarfish was found off the coast of Catalina Island. Oarfish are rarely seen, deep sea creatures, but two have managed to wash ashore in California within a week of each other.

A team of UCSB researchers with the Department of Ecology, Evolution and Marine Biology (EEMB) dissected the body of an 18-foot oarfish that was found on Catalina Island on Oct.13.

The oarfish — an extremely rare, snake-like, deep sea organism — was one of two that washed up along the beaches of California, with the organisms washing upon the shore just two days apart. Led by EEMB professor Armand Kuris, the research group opened up the creature’s gills, stomach, intestines, gallbladder and spleen, according to a press release.

The team’s most prominent findings upon dissection include the discovery of a significant number of parasites — such as several large tapeworms, two small roundworms and a spiny-headed worm. Despite having limited tissue to work with, the findings provide a very rare look into deep sea ecologies, as it is usually difficult for scientists to acquire samples of such unique, deep sea organisms.

Known as the world’s largest bony fish, oarfish can grow up to 50 feet long. They also carry a reputation for only appearing on the surface due to seismic activity, so their appearances are sometimes thought to indicate the possibility of an upcoming earthquake.

A version of this article appeared on page 3 of October 30th’s print edition of the Daily Nexus.