The Daily Nexus
News
New Art Display Debuts in Davidson Library: A Highlight of Marginalized Communities
October 15, 2013 at 5:00 am by Colene Eng

Featuring 12 silkscreen prints created between 1983 and 2009, the exhibition highlights marginalized communities such as transgender individuals and homeless youth. Gamboa, whose photographs and artwork have been featured in various exhibits for almost 30 years, is known for photographically documenting the punk-rock music scene on the streets of East L.A. in the late 1970s and 1980s. A graduate of the Otis College of Art and Design in Los Angeles, she rose to fame with her “Hit and Run” fashion shows — which featured disposable paper streetwear — and much of her work merges the creative realms of music and art.

“Altered States” draws its 12 pieces from the California Ethnic and Multicultural Archive, or CEMA, where Gamboa is an artist in residency at UCSB. Many of Gamboa’s images challenge viewers to delve deeper into their understanding of common dichotomies, such as pain and pleasure, male and female and human and object.

Sal Güereña, director of CEMA, said the exhibit will allow students to better understand the estranged and oppressed, yet still optimistic, environment that many marginalized groups live in.

“It will be thought-provoking to really think about some of the issues and our understanding about the subaltern reality about marginalized people,” Güereña said. “They have that alienated ambience, but they also have self-reclamation and self-affirmation.”

The exhibit is being presented in conjunction with a Regents’ Lecture entitled, “From the Queen of Angels Through the City of the Sinful,” which Gamboa will present Wednesday evening at Campbell Hall. Co-sponsored by the Center for Black Studies Research, the Department of Chicana and Chicano Studies and CEMA’s Department of Special Collections, the lecture will focus on bridging art and music.

Gamboa will also give an Artist Talk entitled, “Altered States: Diane Gamboa and the Aesthetics of Provocation,” on Oct. 23 at the Mary Cheadle Room of Davidson Library. The talk will focus specifically on the artwork in the exhibition, as well as on Gamboa’s inspiration for the pieces.

First-year chemistry major Peter Chen, who is currently considering a minor in art history, said he has been following Gamboa’s work for awhile and looks forward to seeing it displayed on campus.

“I’m very excited to check out her artwork,” Chen said. “I think it’s good that she’s pushing our boundaries and really making us think about the type of social injustice that surrounds us every day.”

A version of this article appeared on page 1 of Tuesday October 15th’s print edition of the Daily Nexus. 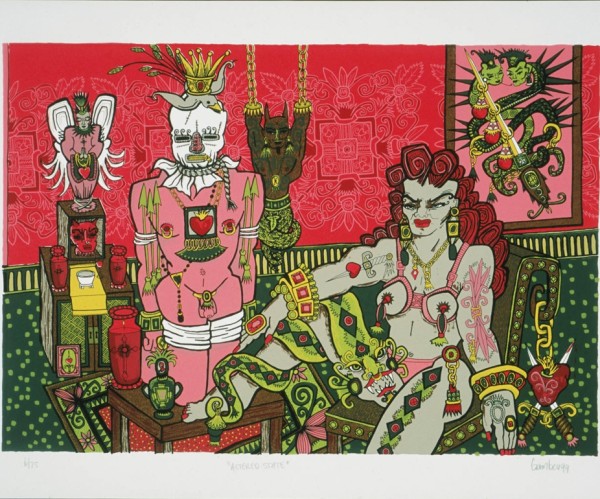 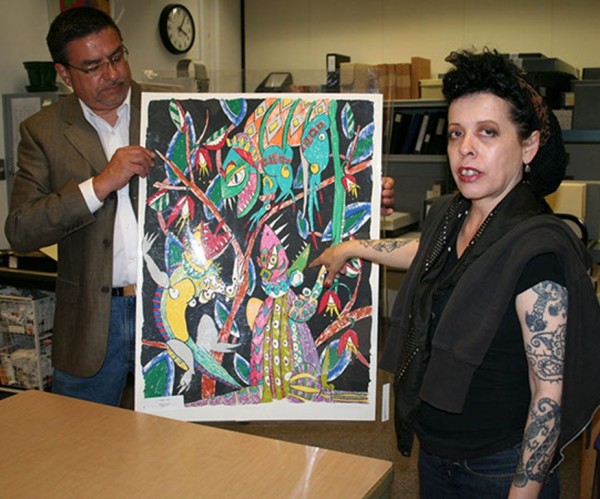