The Daily Nexus
Opinion
Horniness and Hunger: More in Common Than You Might Think?
October 9, 2013 at 5:15 am by Echo Meyers

As a rebellious teenage girl brought up in a household where “The Talk” was simply not talked about, I had to think of my sexuality as my secret weapon, my little secret. But after my first time, I realized that sex was great. It was the key to my maturity — it was liberating! And not just intercourse itself; all aspects of human sexuality fascinated me, from courtship to first kisses to all that sexy, dirty nastiness that follows. I mean, if Helen of Troy could bring down an entire empire because some guy wanted to bang her, the sex must have been worth it.

I mean, if you think about it, what is every living being’s ultimate goal? Survival. And what is survival if you cannot pass on your quality traits to the next generation? Whether you like it or not, you have been hardwired to reproduce, and therefore 99% of us humans are sexually charged (excluding the Shakers and those who identify as asexual, of course).

Whether you’re waiting for marriage or have already lost count of your I.V. flings, you have to understand that we all have urges. Think about your relationship with food: When you’re hungry, you eat. And when you deny yourself food, that urge to eat doesn’t just go away — it actually worsens over time. Horniness is strikingly similar to hunger. It is a completely natural human drive, one that has kept our species alive for thousands and thousands of years. If we hadn’t explored this primal instinct from the very beginning, our kind would have wasted away, starving for the nourishment we could only give to each other.

Obviously we don’t need to repopulate the Earth anytime soon, but that doesn’t mean these urges have faded away. Plain and simple, sex feels good, and so does eating. The brain releases pleasure signals when you feed and when you fornicate — think of the evolutionary “Four Fs”: fighting, fleeing, feeding and fucking, all controlled by our friend, the hypothalamus. So why deny yourself of two of the greatest feelings in the world?

Of course, there is always the problem of overindulgence. What happens when you overeat? You develop a wide variety of problems, your ass included. We all know obesity is one of the most pressing health issues in America, along with Type II Diabetes, heart disease and high blood pressure. Sex can have a hefty price tag as well. Unplanned pregnancy, STIs and the emotional trauma that can arise from risky behavior are just some of the reasons why so many preach abstinence.

But my tried-and-true motto? Everything in moderation. Find a balance. If you can physically and emotionally handle a hookup every night of the week, go for it! If you want to slow things down with a committed relationship, that’s cool too! Fine with taking things in your own hands for a while? Dandy! I, myself, at 4’9” and a hundred pounds, cannot eat five heavy meals a day, but I still have my favorite, go-to recipes. And of course, a light snack every once in a while certainly curbs the urge.

A version of this article appeared in the Wednesday, October 9, 2013 print edition of the Daily Nexus. 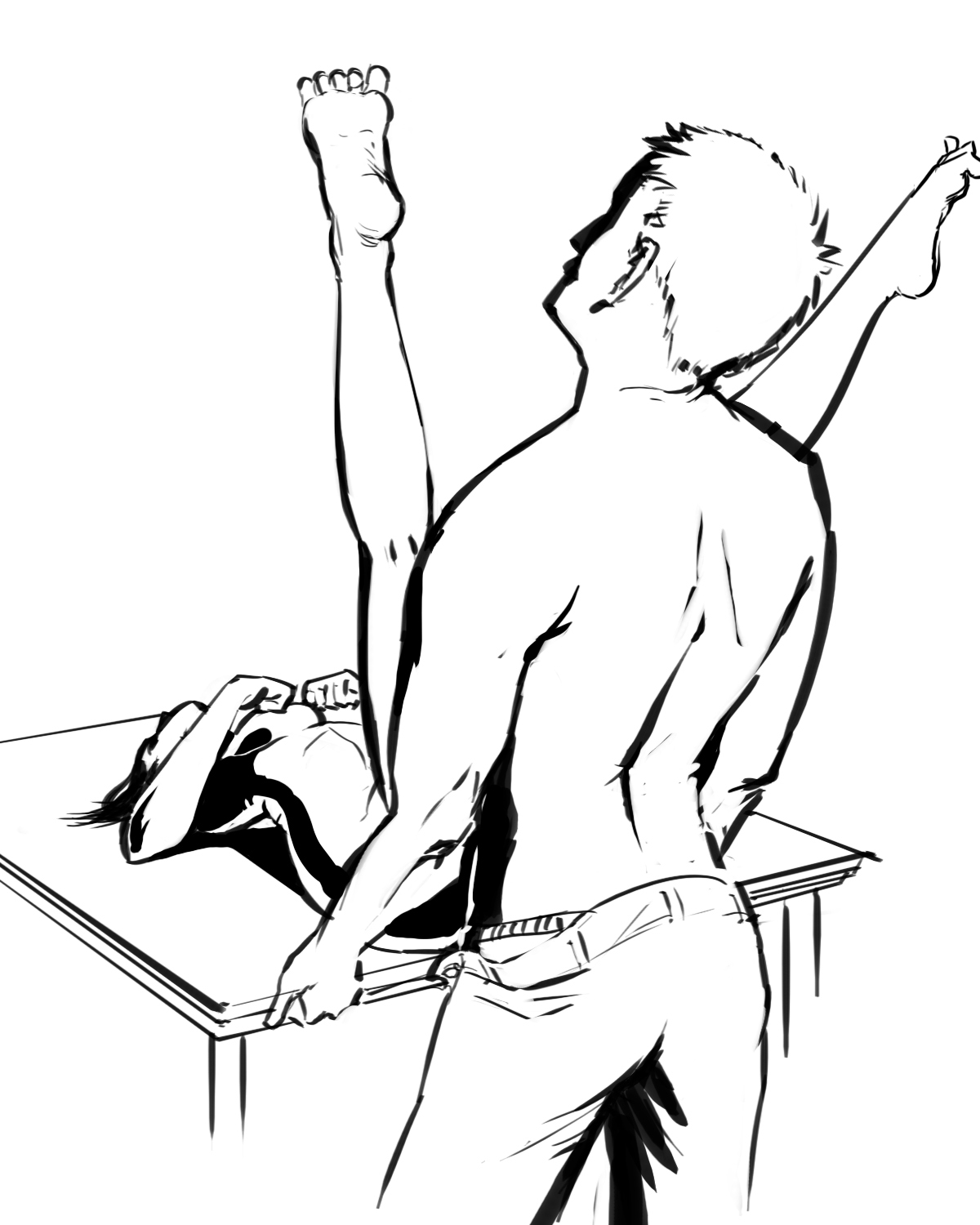