The Daily Nexus
Artsweek
OLS 2013: Listening Outside of the Comfort Zone
September 26, 2013 at 6:55 am by Audrey Bachelder

First looking at the Outside Lands lineup, I was not stoked. Houndmouth and Anuhea? The Men? Social Studies? Who were these people? I didn’t know any of the bands. After seeing Stevie Wonder at last year’s festival, it felt like nothing could stack up. Outside Lands wasn’t gonna be a thing this year.

Less than 24 hours before Foy Vance got on stage as the first act of the weekend at Golden Gate Park, I made an impulsive last-minute decision that the weekend ticket price would be worth it to see Paul McCartney for two hours. So I went to Ventura, hung out at an In N’ Out, and met up with two strangers from L.A. who sold me a pass. It was two o’clock in the morning, and I was going to Outside Lands.

This is a story of a girl who didn’t know she was going to a festival until about 22 hours before it started. Naturally, she didn’t do any of her research (she didn’t even have a mixtape to listen to), only really knew about three of the 80+ bands (which consisted of Paul, Phoenix, Red Hot Chili Peppers … embarrassing, she knows), and had nothing to wear (major issue for a lady, lemme tell ya).

Thankfully, none of that superficial stuff mattered, because contrary to popular belief, festivals are not about showing off which bands you know or what the hell you’re wearing. A certain Jimmy Kimmel video of hipsters lying about their knowledge of bands at Coachella did a good job of exposing that trend. But now I know from experience: I came in ill-prepared and came out armed with some great new music to make into a car mix, pronto. Outside Lands 2013 didn’t have the most impressive lineup or face-melting headliners, but it had a lot of great smaller bands that will most likely grow to rule every festival as reigning champions in the next five years.

On Day 1, I was told by my friend Melody that we had to see Houndmouth and Wild Belle. Houndmouth was … sexy. Soulful and rootsy, the kind of music you’d want to listen to on the floor with the lights off and candles lit. Lead man Matt Myers was a jumper, slamming his feet down on Panhandle Stage with every breathy word.

Fifty yards away, Wild Belle lit up the Twin Peaks stage. Dressed in all white, the brother-and-sister band produced a smoky, reggae sound. Lead lady Natalie Bergman crooned love songs into the microphone with her zesty, indie pop voice and riled everyone up in the crowd with shout outs like, “If you know how to move yo’ bodies, do it nowwww.” Her brother Elliot rocked the keyboard and chipped in occasionally.

I hadn’t known Houndmouth or Wild Belle but that’s the beauty of not having any expectations and finding out about bands on the spot. Forget about music appreciation class, just save those four units of expensive funds and go to Outside Lands.

On Day 2, I spent the whole time in some flimsy tank top because I was too hot from jumping around. There was a lot to jump around to. Jurassic 5, Baauer, Phoenix and the Yeah Yeah Yeahs ate up the crowd. The best parts of the day were spent front row for Gary Clark Jr. and Young the Giant. Clark’s fuzzy guitar sound meshed well with his smooth voice. He was so smooth. So smooth. A native to Austin, Texas, that southern jazz sound showed up in his set, which consisted of all of four (maybe five?) songs. His guitar solos were ten minutes long and no one complained.

“When Gary played, it was like, FINALLY. A man! A man had arrived,” said third-year English major Natalie O’Brien.

Outside Lands was Young the Giant’s first California festival, and they seemed to have a crazy good time. As one of the younger bands (everyone was in their early twenties), their excitement really showed on stage. They were sort of like a litter of golden retriever puppies. It was fun to watch.

“Young the Giant seemed very genuine as performers. You could tell they truly liked each other and cared a lot about their music,” said third-year biopsychology major Matt Hughes.

On Day 3, I ventured into an overlooked area of Outside Lands, a woodsy stage hidden behind Choco Lands. This particular stage was a place for misfits — Scottish men with mime face paint resided here, and so did anyone who preferred to sit on a log and listen to an accordion rather than jump around in a mosh pit to Dillon Francis. The woodsy hideaway was a great place to get dusty. Irish punk bands played wild tunes, and men in kilts made ladies dance with them in an equally wild fashion.

The other great part of the day was spent admiring Trombone Shorty & Orleans Avenue. Trombone Shorty was another artist that I had yet to discover, and he blew my mind. Troy Andrews got his stage name at three years old, when he learned how to play a trombone twice his size. He’s a child prodigy-turned adult phenomenon, and he brought the ultimate jazz appeal to Sutro stage.

“Trombone Shorty was easily my favorite performer, and I had never even heard of them prior to attending Outside Lands,” said third-year environmental studies major Calvin Hara.

So maybe Outside Lands 2013 didn’t have a stacked lineup. So some of the bands were obscure. So D’Angelo didn’t show up. So what? It was probably the most wonderful weekend of them all, and part of the reason was that I wasn’t stressed out about seeing tons of bands I’d been dying to see. Instead, I got to explore. I got to find out about new music and witness great things and realize what I had been missing: Young the Giant, Wild Belle, Houndmouth, Trombone Shorty and Orleans Avenue, Foy Vance, Smith Westerns, Kurt Vile, Fishbone … Now they are safely tucked away in my iTunes Library.

Next time you’re afraid you don’t know the music and you won’t be able to sing along to every lyric — just don’t be. Be surprised. It’s fun, and better than a music appreciation class, I promise.

Trombone Shorty and Orleans Ave will be performing at Campbell Hall as part of an Arts & Lectures performance on Jan. 23, 2014. Audrey Bachelder suggests that you see him. Buy your ticket: Now. 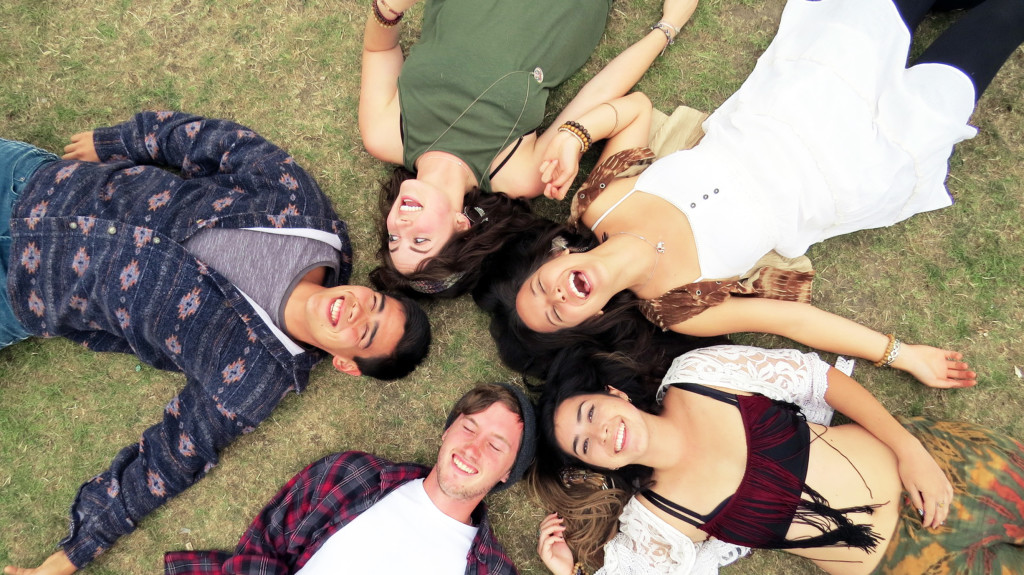 A version of this article appeared on page 13 of the September 26, 2013 print issue.
Print