The Daily Nexus
News
The Nexus Says Goodbye to Treasured Alum
July 17, 2013 at 5:00 am by Marissa Wenzke

The Daily Nexus lost one of its own when Jeffrey McManus, leader of Daily Nexus Alumni Group and CEO of the online technology startup Codelesson, passed away earlier this month. He is survived by his wife Carole, his daughter Celeste (age 11), his son Revelin (age 7) and his sister Jill Booth-Clibborn.

Around the Nexus office, current staffers knew Jeffrey as an outgoing alum who brought together all generations of Nexites through his own personal creation: the Facebook Group “UCSB Daily Nexus Alumni.” In the past year, he transformed the Nexus’s annual alumni event from a humble gathering of less than 20 people to a full-blown extravaganza, complete with educational seminars, a guest speaker and loads of ‘Nexus-style’ celebrations.

During his time at the paper, from 1987 to 1990, Jeffrey compiled comical and witty pieces for the Arts and Entertainment section of the paper and acted as an editor for the paper’s weekly Friday magazine — the Weekend Connection — which gave UCSB a breakdown of Santa Barbara’s finest in arts, food and culture.

While working at the Nexus, Jeffrey paid his way through school, acting as, in his own words, a “One-Man Temp Agency” for professors and administrators on campus, or “the tech guy” for new computer systems, according to Kaitlin Pike, former editor in chief and 2007 graduate.

He travelled to Germany to cover the fall of the Berlin Wall, and spent time exploring Europe before moving back to the U.S. to work at the Camarillo Daily News. He later moved to San Francisco to launch his tech career and settle down with his wife Carole and their two children.

One of his contemporaries, Melissa Lalum, said Jeffrey was a member of the Nexus during some of its glory days, when it accumulated multiple awards from the California Intercollegiate Press Association.

“Back then, we won everything,” Lalum said. “We were going against all these schools that had really prestigious journalism programs, and they taught journalism…professors were teaching them. But we taught each other journalism, and Jeff was definitely part of that.”

But his ability to unite current staffers with past editors and writers has now marked Jeffrey as a unique member of the Nexus community. For editorial staff members from probably every decade of the paper’s existence, Jeffrey is a familiar name because he never hesitated to reach out and voice his passion for the paper.

His wife Carole said the alumni group he closely spearheaded allowed him to mentor and assist recent grads and current staffers in exactly the way he hoped and intended.

“He was really proud of being able to do that — getting people to rally, and just seeing [the group] grow into something really special and connecting people,” Carole said. “More than even his time at the Nexus, these past couple of years, being able to mentor the next generation, was something he was hugely proud of.”

Lalum said Jeffrey’s commitment to building a close and well-connected Nexus network was much like his commitment to forming communities in other areas of his life, particularly in his family life and with his children.

“Community really mattered to Jeffrey…and it was never for a selfish purpose. It was so people could come together,” Lalum said. “It didn’t matter if it was a journalism community, or a tech community. He even got family communities together at a park up in San Francisco… And if it weren’t for him, I don’t know where our group would be, necessarily. We stayed in touch, we care about each other; but he cared about you guys…He was always like, ‘What can we do to continue to help the Nexus? How can we continue to make a difference in their lives?”

Ravi Bhatia, a former sports editor who graduated in 2011, said he first came into contact with Jeffrey through the Nexus alumni group.

“He was the mentor I hoped would be mine one day, a guy that I could hit up later when I was ready to take the plunge and leave Los Angeles for San Francisco. He didn’t know me, but I knew he’d be there to help me out, because we were Nexus folk. And Jeffrey seemed to know more than anybody that Nexus folk look out for each other.”

Former Science Editor Yishian Yao, who graduated this past year, said Jeffrey made long-reaching efforts to guide her when she made the move for San Francisco following graduation.

“After all the Nexus alumni activities, he continued to stay in contact, giving helpful job searching advice, inviting us to events in San Francisco, and sending the occasional message when something popped up he thought we might be interested,” Yao said. “When I finally found an apartment in San Francisco, Jeffrey was excited and said he’d even gotten Saeed and me a housewarming gift, saying he couldn’t wait to see the place. He showed me so much kindness, and we’d only met in person a few times.”

For Arda Jooharian, former assistant news editor and recent Nexus grad, Jeffrey made the same efforts to reach and assist her in anyway he could.

“Even though Jeffrey was 20-odd years older than me, we were homies. The first time I met Jeffrey was the A.S. elections results this year. He came down to the Hub with the Nexus team, proceeded to buy us an inappropriate amount of pitchers, and just engaged in general badassery. Jeffrey was a great friend and mentor, he cared so deeply for the future of the Nexus and all of us there.”

But even as Jeffrey conveyed his love for the Nexus, his passing has brought together nearly every person he has touched — whether through his family, through his earlier work in journalism or though his later work in the tech field.

“Only when he died, did I realize that he wasn’t just ‘Nexus Folk,’” Bhatia said. “At 25 years old, I’m still at that point in my life where the Nexus is the best thing I ever did. Jeffrey reminded me that there’s so much more than the four years in college, so many more people whose lives I could impact for good. Jeff loved the Nexus, but it didn’t define him. He might have thought so, but from the pictures I’ve seen recently, the Nexus wasn’t a fraction of who he was.”

Tom Nelson, another Nexus alum and close peer of Jeffrey’s, echoed the same sentiments expressed by his other friends and family members. But according to Nelson, Jeffrey’s love and generosity rested most heavily in his family. 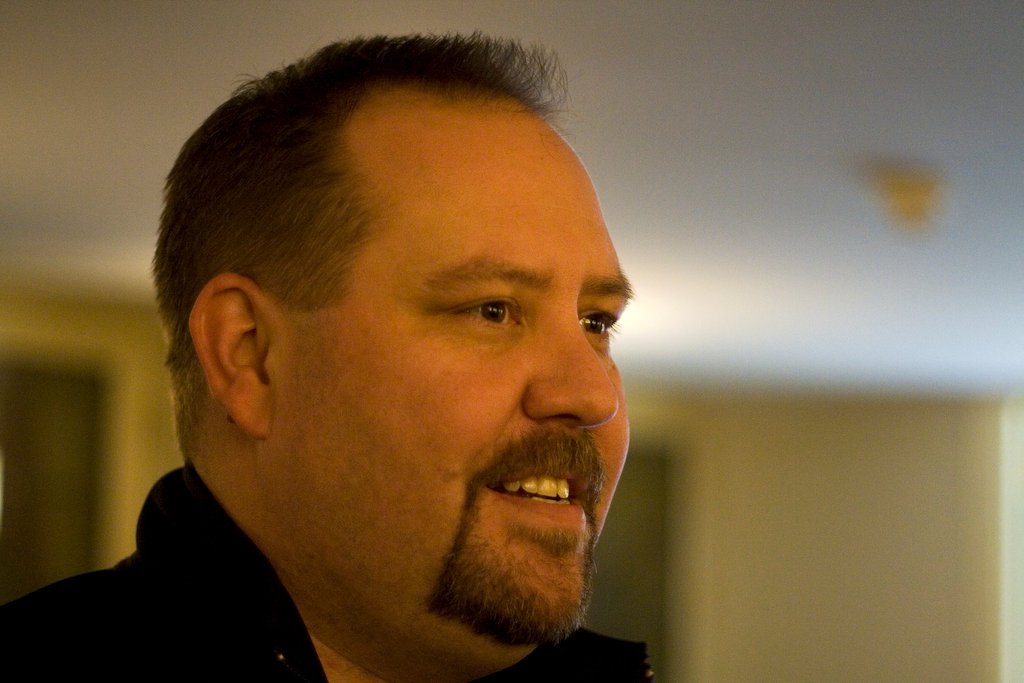 [Correction:  The print version of this article stated that Jeffrey helped found an English language newspaper in Prague with a group of fellow Nexus alums. The newspaper was actually founded by his colleagues and he was not directly involved in its formation.]

A version of this article appeared on page 4 of the July 17th, 2013′s print edition of the Nexus.

Thank you for this touching tribute to my brother Jeffrey. It has been wonderful to understand his connection to NEXUS and to all of you. I am grateful to hear how he has attempted to mentor and guide others. I know it would make him happy to understand that his legacy is living on in this way.

I don’t know whether or not McManus cared about obits, but I think it’s pretty safe to say that this is the paper he’d have most wanted his to run in.