Former UCSB basketball legend Brian Shaw was officially named head coach of the Denver Nuggets on Tuesday, his first opportunity to lead a team of his own after coaching in the NBA since 2005. Shaw has experienced tremendous success as both a player and a coach throughout his career and will now take over a promising young Nuggets’ squad that finished third in the Western Conference last season with 57 wins.

A native of Oakland, CA, Shaw transferred to UCSB after two seasons at Saint Mary’s College and immediately established himself as one of the best ever to don a Gaucho uniform. Shaw played two seasons at UCSB from 1986-1988 garnering All-Big West honors both seasons. In his senior season, Shaw was named Big West Player of the Year and was also an All-American en route to leading UCSB to its first ever NCAA tournament in 1988.

Shaw impressed scouts during his time at UCSB and was the Boston Celtics first round draft pick (24th overall) in the 1988 NBA Draft. During his 14-year playing career in the NBA, Shaw played both point and shooting guard for seven different teams. His best statistical season came in his second year in the NBA, when Shaw averaged 13.8 points, 7.6 assists and 4.7 rebounds in 79 starts for the Celtics.

Perhaps Shaw’s most memorable moments in the NBA came during his final four seasons in the league, which he spent with the Los Angeles Lakers. Shaw helped the Lakers win three consecutive NBA titles from 2000-2002, playing alongside greats such as Kobe Bryant and Shaquille O’Neal.

Aside from his professional career in the NBA, Shaw also won a gold medal at the 1986 FIBA World Championships playing for the US national team.

Before accepting the head coaching job with the Nuggets, Shaw spent the previous two seasons as the associate head coach for the Indiana Pacers and helped develop young players such as Roy Hibbert and Paul George. This past season, Shaw tutored fellow Gaucho Orlando Johnson during Johnson’s rookie season in the NBA in which the Pacers fell to the eventual champion Miami Heat in a seven-game Eastern Conference Finals showdown.

After 14 seasons as a player and eight seasons as an assistant coach, Shaw will finally get to show the NBA why he has been such a commodity on the coaching market the previous four seasons. Shaw replaces the reigning NBA Coach of the Year in George Karl and inherits a young and talented Nuggets’ roster highlighted by players including Ty Lawson, Kenneth Faried and Andre Iguodala.

Perhaps the best player in UCSB history, Shaw continues to sculpt his basketball legacy and will look to have the same success as a head coach that he has had at every stop throughout his impressive career. 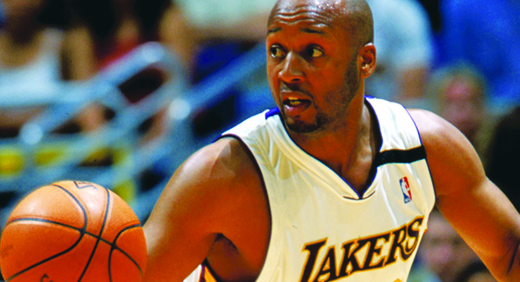 A version of this article appeared on page 5 of the June 26th, 2013’s print edition of the Nexus