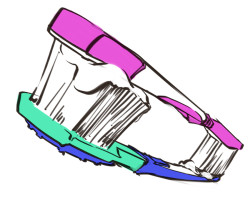 If you want to make your man happy, there is a deceptively simple three-part plan that is guaranteed to work one hundred percent of the time: show up naked, bring beer and put on “Batman.”

I’m sure that I sound plain stupid to the majority of you (unless you’re of the male gender, in which case I bet you’re just as stoked as I am), but give me a minute and listen to what I mean before you judge my process. I, being a heterosexual man, love women, beer and Batman and the combination of these three things will be what I live for until the day I die, but that’s not what I’m trying to get at here. Although these three steps seem like a joke, they each attack central problems that plague relationships: insecurity, selfishness and seriousness. If you give yourself over to my system for just one week, you’re in for a closer, more intimate and much, MUCH more pleasurable experience with your partner. So just hear me out …

When you’re trying to get your boy all hot n’ bothered, you need to leave both your insecurity and, if he’s lucky enough, your clothes at the door.

There are few things sexier than a girl who is brave enough to take some control in a relationship. This means saying what you like, how you like it, when you like it, where you like it and not being afraid to be the initiator and get specific with your boy.

Sexy-sneak-attack him next time he walks in the door: put on some of his favorite lingerie, tackle him onto your bed (counter, table, couch, floor — the list goes on), proceed to take off said lingerie and then do all those things that you said you’d save for his birthday. He’ll be living the dream, and I bet you he’ll do his best to make sure you feel the same.

Then, when it’s his turn, tell him if all he’s doing is bouncing around like a kid in a Jolly Jump. I promise you that it’s better to say in the moment, “That’s not doing anything for me; put your back into it.” If you wait for him to look up one time and see you staring blank-faced at the clock, counting minutes while he’s busy thinking he’s blowing your mind (sore subject), you’re only losing out on your own pleasure and destroying his manhood.

What I’m trying to say is you need to be completely naked in each sense of the word every time you show up to play with your man, or it will definitely be embarrassing for one of you, probably him. A combination of insecurity and shame does not make a night one to remember, for the right reasons at least.

Although beer is the golden blood of happiness and does actually make the world go round, I don’t mean that you can make him happy just by bringing him beer (certainly helps, though). On this one I mean you need to think about what you bring to the table when push comes to shove. If you’re not doing the pushing or the shoving, you need to seriously reevaluate your sexual tactics.

Basically, take into consideration that guys need to feel like they’re being taken care of — not babied, but taken care of.

Remember his fantasies. Chances are that your man is not Christian Grey and does not dream of tying you to a telephone post while using some medieval torture device to get off. However, if Mr. Grey is actually your man, then please disregard this section.

Every single boy has dreams of different freaky ways he wishes he could get it on and most of them are harmless and exciting. The problem is that far too often, these fantasies are disregarded because the act itself is “good enough.” I’m here to tell you that if you let him wear his Batman mask and talk in the Dark Knight’s voice as he explores your Batcave with his Batmobile, you will have given that man a memory to be cherished until the end of time.

All I want to say on this one is, take his fantasies into consideration next time you are trying to enjoy yourselves, and I’m sure he’ll remember it the next time he has the opportunity to return the favor.

E. Nasty will send your Batgirl suit to the dry cleaners. No starch needed.

A version of this article appeared on page 8 of the Wednesday, May 1, 2013 print edition of the Nexus.

I love the way you phrase but wensday hump would be much better without the cliches. You can phrase beautifully and still talk about sex. It’s incredibly ironic to talk about remaining ‘classy’ yet simotaneously using phrases as “sexy-time”. This writer has promise, but needs a bit of pruning. Unless of course the nexus’s goal is to squash out intellectual integrity. In which case disregard my letter.

I think this article is amazing and hilarious… great job!

Decontextualized, pandering nudity, alcohol that I’m never going to drink, and a face-punching cartoon man are among the least appealing things I can imagine in a relationship. I hate these kinds of guides no matter which gender they claim to speak for/to. They only contribute to the myth that all sexual exchange must be a guessing game. You know what’s really sexy? When partners ASK each other what they want and NEGOTIATE what they’re willing to give. Also, men are NOT simple creatures. We are socialized to be simple, but we deep down we’re not. Sure, we have our own… Read more »

What the fuck did I just read?