No Santa Barbara County beaches indicate water quality meeting state health standards due to storm water runoff following heavy storms and flooding across the county as of the week of Jan. 9. 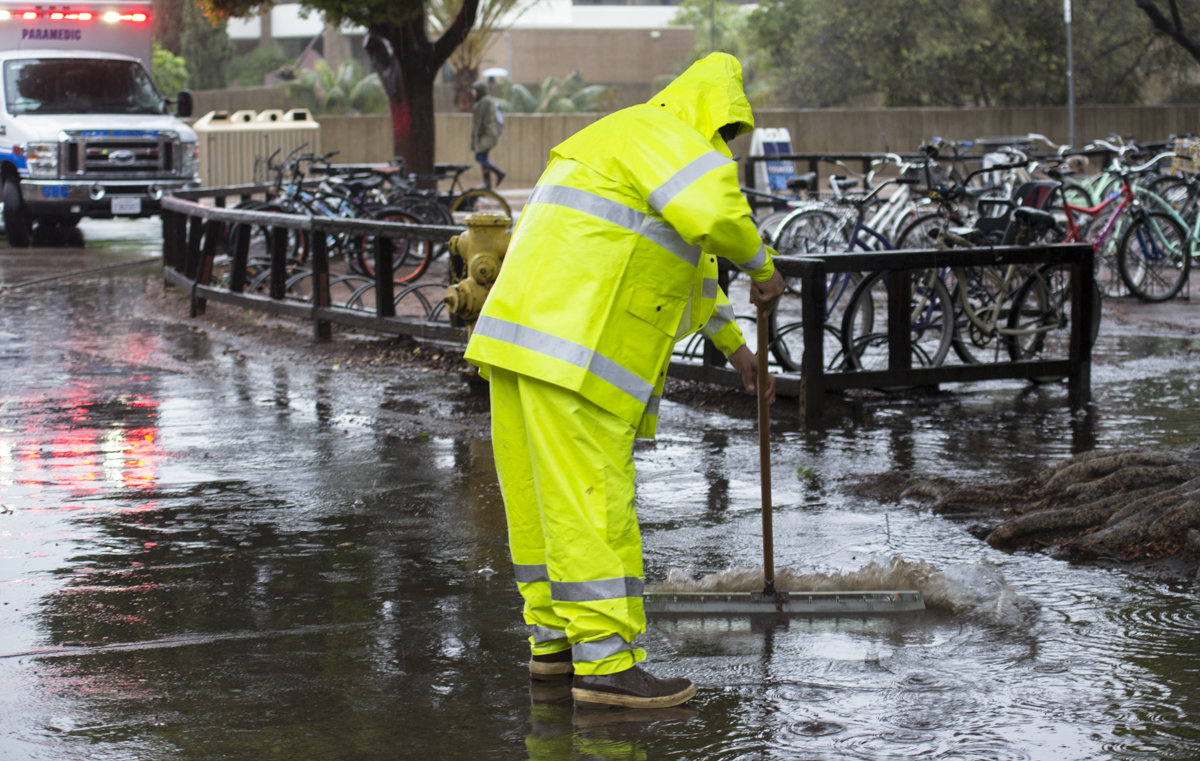 The sources of pollutants in the water runoff mostly exist in urban areas. Nexus File Photo

The following county beaches are at a “warning” beach status and have indicated that the bacterial levels have exceeded state health standards: Carpinteria State Beach, Hammond’s Beach, Butterfly Beach, East Beach at Sycamore Creek, Leadbetter Beach, Arroyo Burro Beach, Hope Ranch Private Beach, Goleta Beach Park and Gaviota State Beach Park. Individuals are advised to stay out of the ocean at a minimum of 50 yards at beaches with a “warning” beach status.

East and West Beaches at Mission Creek are closed due to the water being fully contaminated by fecal bacteria and raw sewage. El Capitan State Beach, Refugio State Beach, Guadalupe Dunes and Jalama Beach County Park were not sampled due to road closures.

“Sands beach and Goleta beach were most recently sampled on January 11, 2023,” Environmental Health Services Director Lars Seifert said in a statement to the Nexus. “A health warning has been issued for Goleta beach as sample results for fecal indicators exceeded State health standards at the time of sampling. All beaches countywide are currently under a general rain advisory due to recent rain storms.”

Santa Barbara County Public Health Department (SBCPHD) issued its most recent beach closure at 5:49 p.m. on Tuesday for Miramar Beach and Fernald Point Beach due to 5,760 gallons of sewage being released from a compromised sewage line to San Ysidro Creek on East Valley Lane.

“Storm water is untreated rain water that flows through the drain system into creeks, the ocean, and other waterways,” a SBCPHD press release read. “Unlike the municipal sewer system, water carried by a storm drain system is not treated.”

This release of sewage into various storm drains and creeks can also lead to blockage in drain lines, resulting in damaged drain pipes that can allow the untreated water to flow into the ocean while the pipes are not fixed, according to the press release.

Santa Barbara County Fire Department (SBCFD) Public Information Officer Scott Safechuck emphasized the expansive range water runoff can source from, with rainfall washing off any and all bacteria into sewer systems in the city that eventually drains into the ocean.

“Anytime there’s rain, that rain washes off … surfaces, the ground, the streets, all deposits from vehicles and fuel and oil that’s in the gutter, homeless encampments that are adjacent to waterways, creeks that are adjacent to farm equipment or farm animals,” Safechuck said. “All that stuff gets washed off and down through the creek system and waterways and enters the ocean.”

Seifert explained the process of stormwater runoff cultivation following a storm, as the heavy rainfall in the area creates untreated water that can directly flow into various natural water sources.

“Stormwater during a significant rain event is not captured and treated at a sewage treatment plant, so runoff from rain can carry pollutants directly to creeks or storm drains, which then flow to the ocean,” Seifert said in a statement to the Nexus.

SBCPHD issued a press release on Jan. 4 to advise individuals in the county about the potential health risks of untreated rain water runoff and recommended waiting for at least 72 hours following a storm to participate in any water contact activities.

Individuals should also avoid areas near the outfall from drain pipes, as these areas may carry stormwater runoff that may carry bacteria and pollutants that can endanger the community.

“Over 72 hours following the rain event, stormwater runoff impacts will lessen once the rain stops and fecal bacteria that could cause human illness will dilute or die-off over time in the ocean environment reducing the risk of illness after 72 hours,” Seifert said in a statement to the Nexus.

Coming into contact with the untreated storm water runoff while swimming or surfing in the oceans off countywide beaches can increase the risk of rashes, fevers, chills, ear infections, vomiting, diarrhea and more, according to the SBCPHD.

A continuing issue throughout the winter storm that the SBCFD is grappling with is the number of swimmers and surfers attempting to conduct water contact activities during and following storm events. There have been 100 reported water rescues in the county and three reported rescues in Isla Vista, according to SBCFD Chief Mark Hartwig.

Safechuck emphasized the dangers of being exposed to storm water runoff in the ocean when attempting water contact activities despite beach closures and warnings.

“I speak from firsthand experience, as a part of our ocean rescue team as well as an avid surfer, that [there is a] high likelihood of getting an infection or getting skin rashes due to the contaminants that are in the ocean and getting very sick,” Safechuck said. “There’s the sewer system that can be over inundated from flooding, and now you’re entering different types of contaminants into the water that reaches the ocean.”

With the county now entering a dry period following the storm, efforts are shifting to focus on assessing rain and oil saturation levels, all while monitoring ocean water quality levels year round.