The Daily Nexus
Music
Allison Russell wears her heart on her sleeve in debut album performance
December 6, 2022 at 3:50 am by Hannah Rott 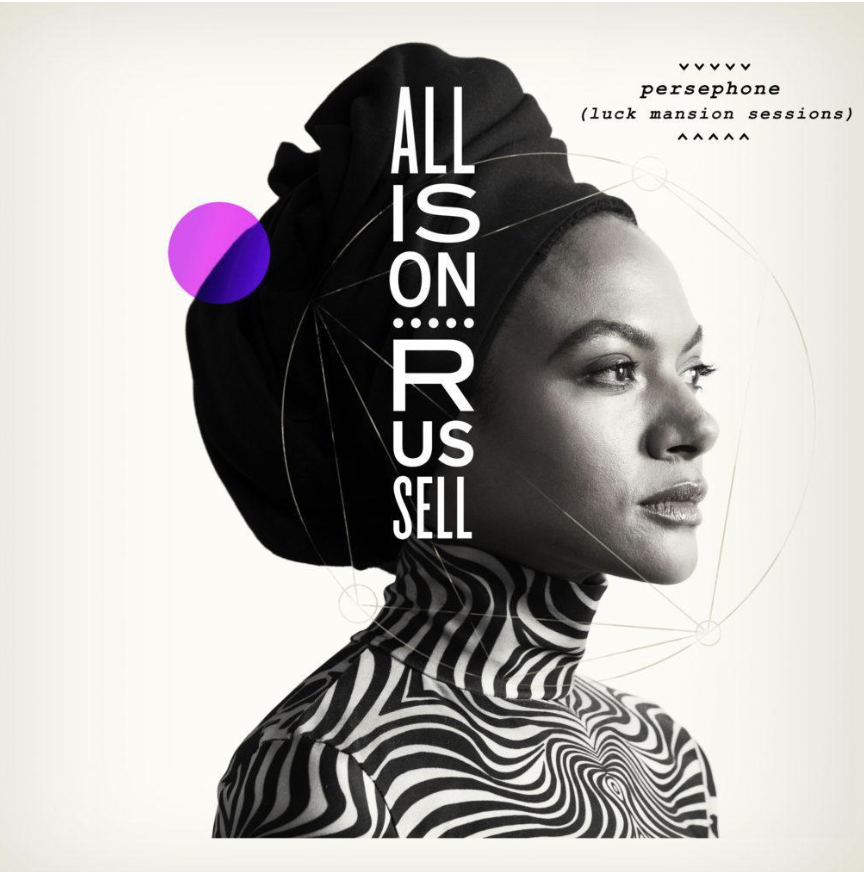 On Nov. 16, UC Santa Barbara Arts & Lectures welcomed Canadian singer-songwriter Allison Russell to perform her debut album, “Outside Child,” at Campbell Hall. A peppering of students and families resided among the predominantly elderly crowd, casually dressed and eager to hear a taste of folksy Canadian Americana. The same black puffer parka jacket could be spotted among the shaggy blonde hair of Southern California locals. Old friends ran into each other and new ones were made as the attendees chatted quietly in attentive anticipation.

Caitlin O’Hara, the director of public lectures and special initiatives for UCSB Arts & Lectures, introduced the three-time Grammy nominee and winner of the Juno Award for Contemporary Roots Album of the Year in 2022. At around 8:15 p.m., the band wordlessly entered the stage, all dressed fairly unique yet simple, which felt reflective of their bare-bones style of music. They began their set with various percussion and synth sounds, immersing the audience in a natural atmosphere reminiscent of grass blowing in the wind.

Starting off strong with a highlight of the album, “4th Day Prayer,” Russell closed her eyes, threw her head back and recounted the abuse she suffered at the hands of her adoptive parents. The audience seemed to be holding their breaths as she passionately uttered an obviously very personal line, “Father used me like a wife / Mother turned the blindest eye.”

After the song, Russell went on to explain that the album “Outside Child” was based on her extremely traumatic childhood and how she found hope through her belief in love, her chosen family and her desire to become an admirable ancestor for future generations. Toward the middle of the set, this idea of feeling a connection with one’s ancestors and recognizing their influence on individual lives was explored when Russell performed “Hy-Brasil.” This song truly came to life after the lyrics ended and Russell paid homage to her African roots in her clarinet solo that was backed with bongo drums and percussion shakers.

Russell commanded the stage with her soulful voice and the impassioned, comfortable way she moved. The entirety of the performance consisted of a peculiar mix of English and French, solos from each member of the band and moments of spoken poetry. Before jumping into her song, “All Of The Women,” Russell stayed true to her positive demeanor and uplifted her audience by repeating a line from “You’re Not Alone,” a collaborative song with fellow singer-songwriter Brandi Carlile: “We are not what we have lost. We are more than the sum of our scars.”

Russell has been an essential member of various folk bands, including Po’ Girl, Birds of Chicago and Our Native Daughters. The release of “Outside Child” in 2021 signified her stepping out into a solo musical career.

An obvious kinship existed between the band members, which consisted of Russell on vocals and clarinet, Joy Clark on guitar and vocals, Elenna Canlas on keyboard and vocals, Ganessa James on bass and vocals and Elizabeth Pupo-Walker on drums. About halfway through the set, Russell referred to her bandmates as “utter goddesses” and praised them for their many talents and the substance they brought to the band.

Just before playing their last song, Russell thanked her family members and team and then prompted everyone to sing “Happy Birthday” to the stage manager. This further fostered the distinct feeling of intimacy between the band and the audience, created by the interactions between bandmates and the way Russell treated the audience.

Her passion did not stop there, however, as she eagerly encouraged the concert attendees to join her in singing the chorus of “You’re Not Alone,” the collaboration mentioned previously between Russell and Carlile. Initially timid, the audience repeated the line “We have love” until they became a soft choir for Russell to riff off of. Instilling a sense of hope and belief in the goodness of the world was certainly a major goal of Russell for the night.

Russell introduced one of her final songs, “Nightflyer,” and attributed it as the reason her album was commercially successful and nominated for many awards. Written for and inspired by her daughter, this song’s gospel-adjacent harmonies and easygoing melody seemed to release all the tension in the room. Each member of the band appeared to be intrinsically connected as they swayed their heads and closed their eyes in unison.

The band concluded the set with a preview of an unreleased song, “Georgia Rise.” Russell shared that the song felt particularly relevant in the wake of the recent midterm election — specifically with the uncertainty of female reproductive health care rights in the United States. The song’s sunny tone and hopeful lyrics felt like a promise of a better tomorrow from the effort put forward today.

On that night, Russell found a balance between creating authentic art and promoting a positive message. The audience left feeling pleasantly fulfilled and walked out with perhaps a little more compassion and love for the world than when they walked in.

Are you from New York even???