This year was an incredible time for music. The year began with albums like “DS4EVER” by Grammy-nominated rapper Gunna and “CAPRISONGS” by English singer-songwriter FKA twigs. As the months trickled by, “Time Skiffs” by experimental-pop band Animal Collective and “Laurel Hell” by singer-songwriter Mitski were released, both of which wowed me.

The early springtime brought “CRASH” by Charli XCX, a hyper-pop classic, and “Crest” by beloved Drain Gang’s Ecco2k and Bladee. In late March, “I Know NIGO!” was released by fashion designer and record producer Nigo, his first full-length album since 2000. Then, in April, “Everything Was Beautiful” by Spiritualized, one of my most anticipated albums of the year, and “RAMONA PARK BROKE MY HEART” by Vince Staples (which was so close to making it in my top 10) were released. Omar Apollo’s “Ivory” and Lizzy McAlpine’s “five seconds flat” featured heartfelt tellings of love lost and love gained.

The fall brought us Rina Sawayma’s “Hold The Girl,” Bladee’s “Spiderr,” Björk’s “Fossora,” Mavi’s “Laughing so Hard, it Hurts” and billy woods’ “Church.” Additionally, 2022 was blessed with two new Westside Gunn projects, “Peace ‘Fly’ God” and “10.” There are a handful of albums yet to be released this year that I am highly anticipating, namely Weyes Blood’s “And In The Darkness, Hearts Aglow,” BROCKHAMPTON’s “The Family” and slowthai’s “UGLY.” But now is the time! I present to you my top 10 favorite albums from 2022, with No.1 being my ultimate favorite. 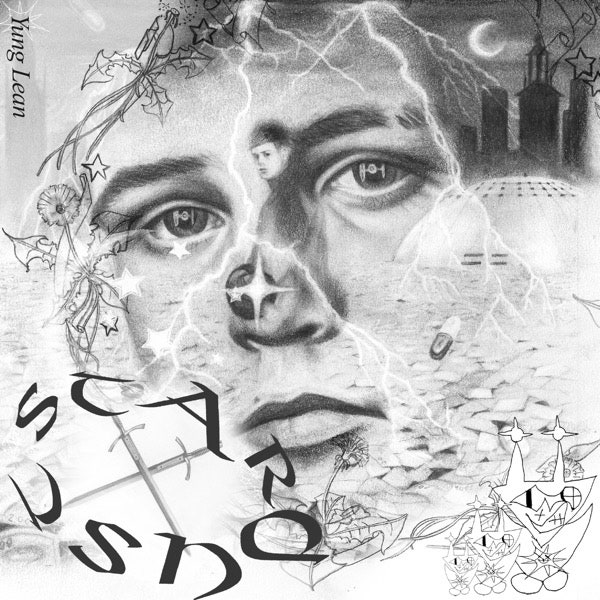 Released on April 7, Yung Lean’s eighth studio album “Stardust” delivers the Swedish rapper’s classic energy. The features are stellar: FKA twigs, Thaiboy Digital, Bladee and Ecco2k, to name a few. The album opens with the absolutely insane track “Bliss,” one of my favorite songs from the whole year. FKA twigs and Yung Lean sing, “I only want it when it feels like this / I only wanna feel the bliss on bliss / Pray to God you’re good for me.” Yung Lean hopes that this almost ecstatic relationship, filled to the brim with bliss, is healthy for him. The album continues with some of the most impeccable sound production I’ve heard from Yung Lean. “Stardust” is unlike anything he’s ever released, and it was such a treat to get this album from him. 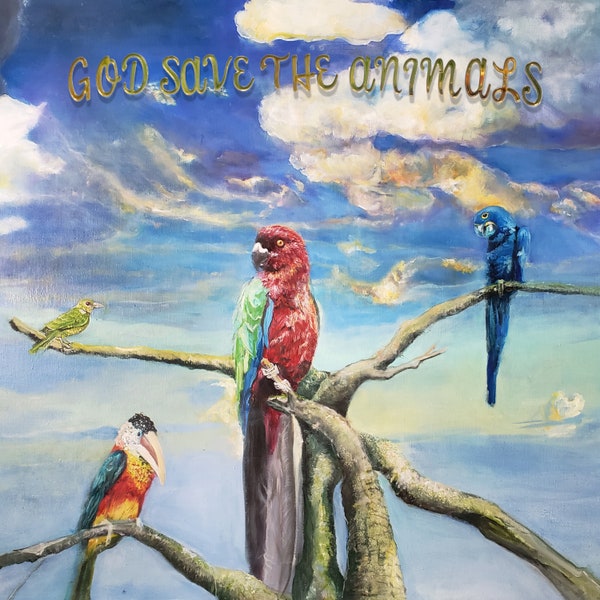 One of my favorite artists, Alex G’s newest album “God Save The Animals” was released on Sept. 23. The album tests the autotune waters and features some of the most vulnerable lyrics the Pennsylvania alt-rock artist has written to date. Upon the first few listens to the album, I was not all that into it, but after seeing him perform it live, I fell in love with it. I was blessed to be able to go to Alex G’s Los Angeles concert on Oct. 21. “God Save The Animals” is composed of vastly different sounds. The track most special to me is “Miracles,” in which Alex G sings, “How many more songs am I supposed to write before / I can turn it off and say goodnight?” Many have speculated that this will be Alex G’s last album given these lyrics. 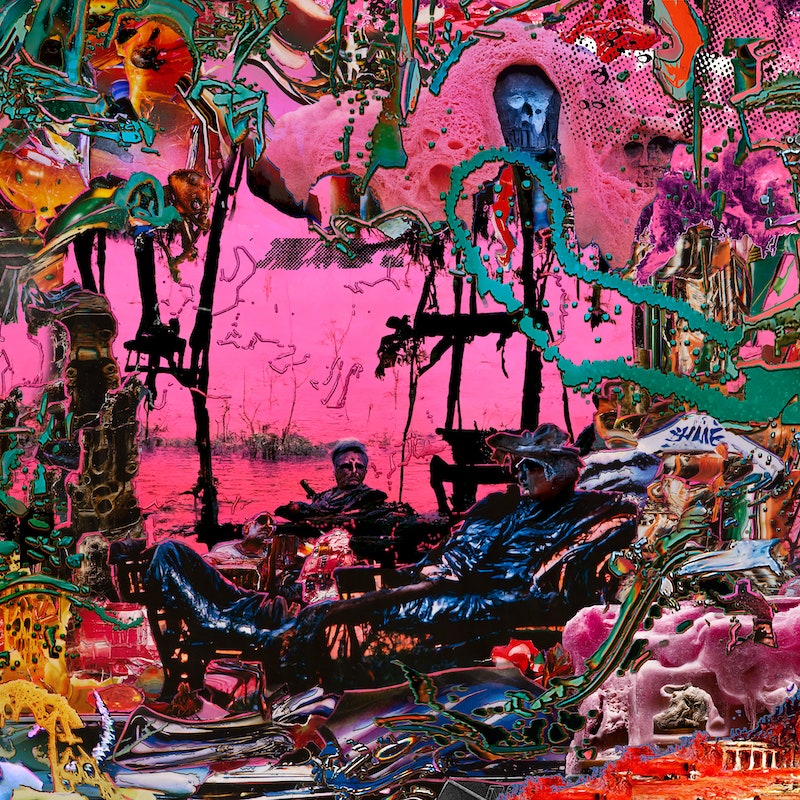 London harsh rock band black midi released their third studio album, “Hellfire,” on July 15. “Hellfire” delivered the usual batch of black midi’s raspy and metallic noise. The album opens with its self-titled track composed of lyrics such as, “There is nothing you will find running at full speed / Without a dent, factory-shine / Always slightly out of time / Always, always dust / Always, always, always no such thing as luck.” This track sets the theme for the album: the decay of working-class people. Many black midi fans, myself included, are excited to see what they come up with in the future as each album release gets weirder and harsher. 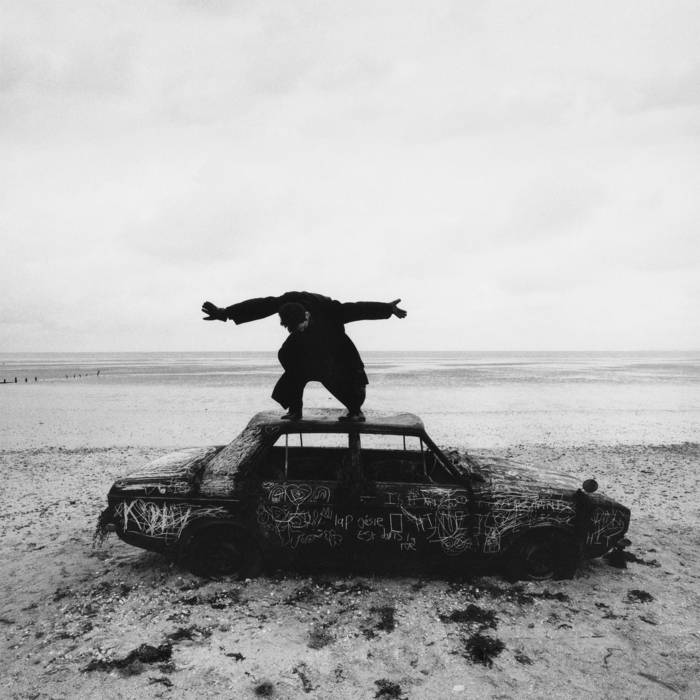 Released on Oct. 14, The 1975’s fifth studio album “Being Funny In A Foreign Language” is a beautiful and heartfelt album; each time I listen to it, it feels like I am receiving a warm hug on a cold day. When lead singer Matthew Healy was interviewed about his band’s latest album, he told The New York Times, “I just feel sorry for kids that are drowning in whatever: self-hatred, the burdens of social media, even wokeness. All of these things that are just vessels for people to feel better about how [expletive] their life is.” The second-to-last track, “About You,” is one of the most gut-wrenching songs I’ve heard in a long time, featuring lyrics such as, “There was something about you that now I can’t remember / It’s the same damn thing that made my heart surrender.” This year was a really tough year for me emotionally; I am still recovering from some pretty nasty heartbreak, and while I do not miss them at all, something about this track taps into that bitter mourning for what was once a good thing. 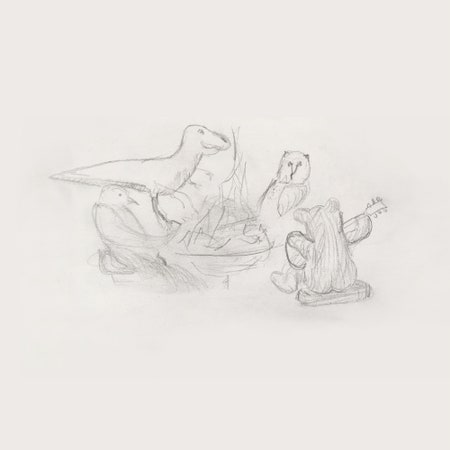 Indie-rock band Big Thief’s longest album to date, “Dragon New Warm Mountain I Believe In You,” features unique noises — namely on the second and third tracks “Time Escaping” and “Spud Infinity,” respectively — and icy vocals from lead singer Adrianne Lenker. While I am not the biggest fan of large albums, “Dragon New Warm Mountain I Believe in You” does a large album very well. Released on Feb. 11, the album has a very soundscape-esque feel and delivers the band’s classic warm, folk noise. My favorite track “The Only Place” features lyrics such as, “When all material scatters / And ashes amplify / The only place that matters / Is by your side.” Even if you are single and have lost all hope in love, Big Thief manages to change your mind with their soft vocals and instrumentation. 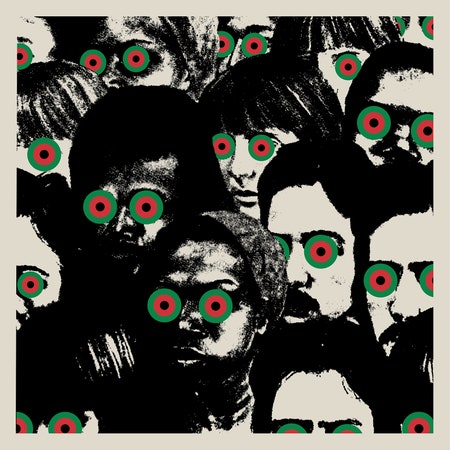 “Cheat Codes” was released on Aug. 12 by Danger Mouse and Black Thought, a beloved duo in the rap and hip-hop communities. A long-awaited and anticipated album — with its recording beginning in 2018 — NPR music editor Sheldon Pearce writes, “Here, he [Black Thought] finally locates himself within his songs: as a hometown hero who brought rap game theory to national TV yet remains cognizant of the Black struggle, who is trying to reconcile the world he’s entered with the one he’s from.” MF DOOM fans, myself included, were blessed with a posthumous DOOM feature on the album’s sixth track, “Belize.” Danger Mouse had collaborated with DOOM before; the two released a collaborative album in 2005 titled “THE MOUSE & THE MASK.” What’s even more special is that “Cheat Codes” evokes a sound reminiscent of DOOM’s 2004 album “Madvillainy.” 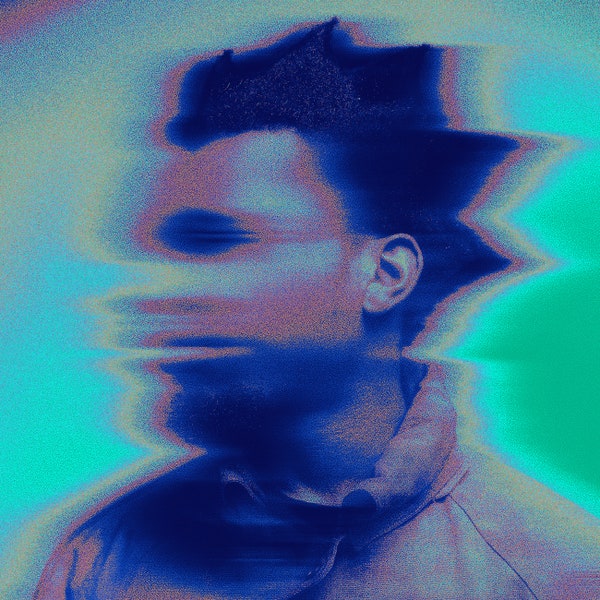 A self-proclaimed favorite album by the rapper himself, Denzel Curry’s “Melt My Eyez See Your Future” was released on March 25 and has some killer features including slowthai, 6LACK, JID and Buzzy Lee. Curry just keeps getting better in his discography; my first listen to this album when it came out was such a special and wonderful experience. My love for this album is indescribable. My favorite track “X-Wing” includes lyrics like, “Am I killin’ it or am I losin’ it? / ‘Stead of counting sheep, I count dollars / Ridin’ high, Chevy Impala.” This track taps into Curry’s extremely impressive career and its subsequent monetary success, but it also contains very intimate lyrics about rappers dying early, a very real fear of his and many other musicians today. 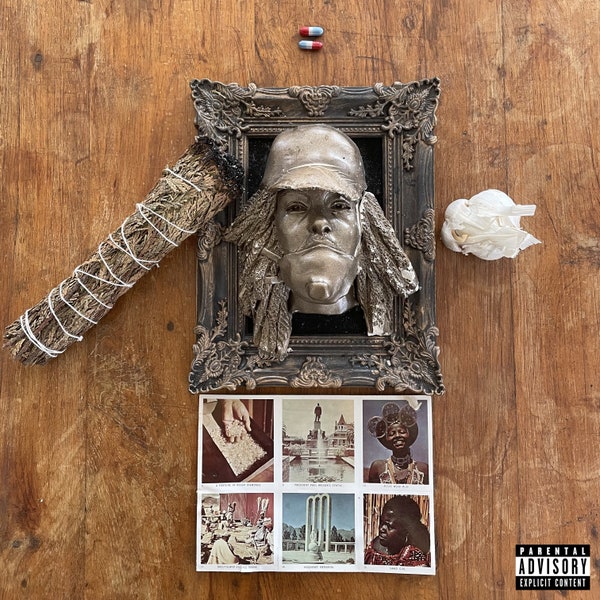 While it’s not my favorite album by rapper Earl Sweatshirt, “Sick!” is one of his strongest albums, with lyrics discussing the COVID-19 pandemic — something that is hard to do well. The Los Angeles-based rapper’s fourth studio album features production by The Alchemist, Black Noi$e and Navy Blue. Earl tests out new instrumentals and vocals on “Sick!” while still maintaining his classic energy. Released on Jan. 14, the album’s ninth track “Titanic” is easily the strongest off “Sick!,” featuring great ad-libs from Na-Kel Smith, an Odd Future vocalist (although some people, such as myself, thought the ad-libs were from Lil Uzi Vert). An Earl Sweatshirt album was the ultimate gift from my 2022 year. 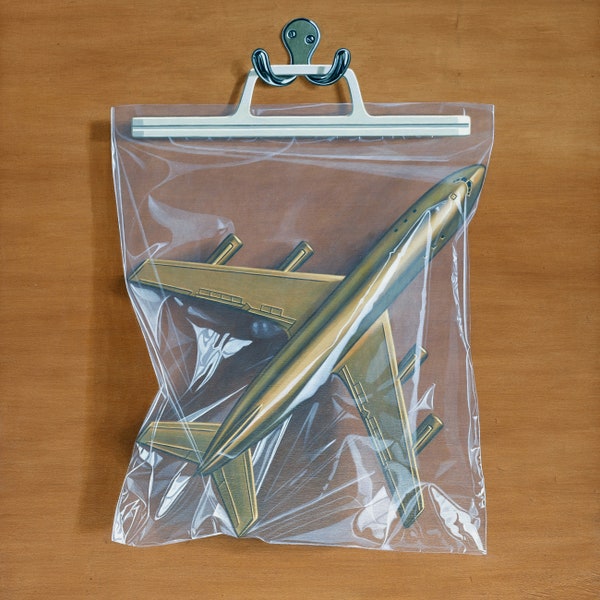 English rock band Black Country, New Road released its second studio album “Ants From Up There” on Feb. 4. The band is composed of six members, each delivering their own unique noise and personality. The instrumentals on this album are beautiful, especially on tracks such as “Chaos Space Machine” and “Mark’s Theme.” My personal favorite track, “Snow Globes,” features lyrics such as, “Your friend, the one that you loved / Did you keep him on your side? / Did you ever get to ask what on earth he meant by / ‘Might take some time to learn how to use thеse bodies right / But it is for this that God has gave us both thе night,’” and “Oh, god of weather, Henry knows / Snow globes don’t shake on their own, ah.” Each time I listen to “Snow Globes,” I get absolutely destroyed, and I just can’t seem to get enough. 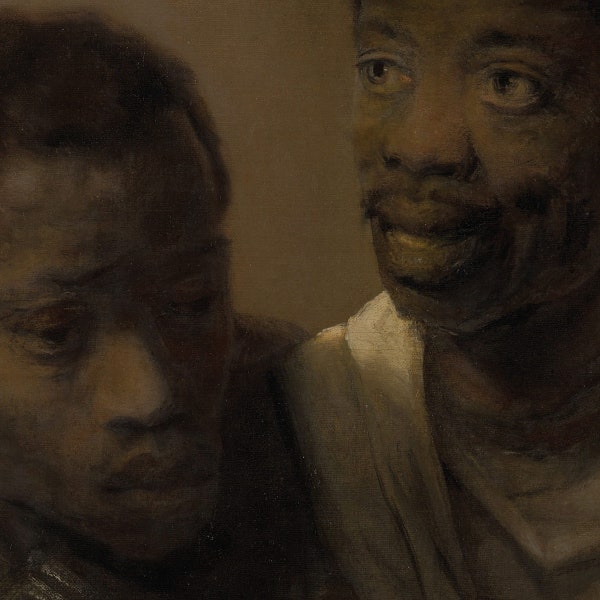 Rapper billy woods has quickly become a favorite of mine. One half of the Armand Hammer duo (along with Elucid), woods has racked up an extensive discography. He released two studio albums in 2022, “church” and “Aethiopes.” “Aethiopes” — released April 8 — has zero flaws; from beginning to end, I am hooked. The flow, instrumentals and lyrics are insane — he is the king of experimental rap. The album’s 11th track “Protoevangelium” is absolute perfection. Woods sings, “That’s a no for me beloved and the rhymes are mostly rubbish / I get it / Tryna pay the rent, but that’s not black empowеrment / That’s you tryna pay the rent.”

Pitchfork contributor Dean Van Nguyen writes, “woods has always rapped with unbreakable forward movement—flowing in long sentences, never dwelling too long on any syllable—that lends itself well to storytelling.” While not my favorite woods album, “Aethiopes” does everything right and has changed the way I view experimental rap/hip-hop. The album manages to mix heavy social commentary with a wide array of instruments and sounds, even including bagpipes on the track “No Hard Feelings.” Woods said in an interview with The FADER, “Conceptually, it was one of the more complex ideas I’ve ever tried to tackle on an album. It’s a lot of ideas, big and small, of a significant depth. I guess, to me, there’s a lot going on about Blackness as an idea, Africa as an idea, Africa as a reality.”

My Companion mother makes 55 bucks an hour on the PC(Personal PC). She has been out of w0rk for quite some time however last month her check was 11,000 bucks only w0rking on the PC(Personal PC) for 9 hours per day.
…
For more detail visit this article——————————->>> https://easyhomeincome2.pages.dev