The UC Santa Barbara men’s and women’s swimming teams handily defeated UC San Diego on Nov. 5, with the men decimating the Tritons 187.5-74.5 and the women prevailing 134-128. 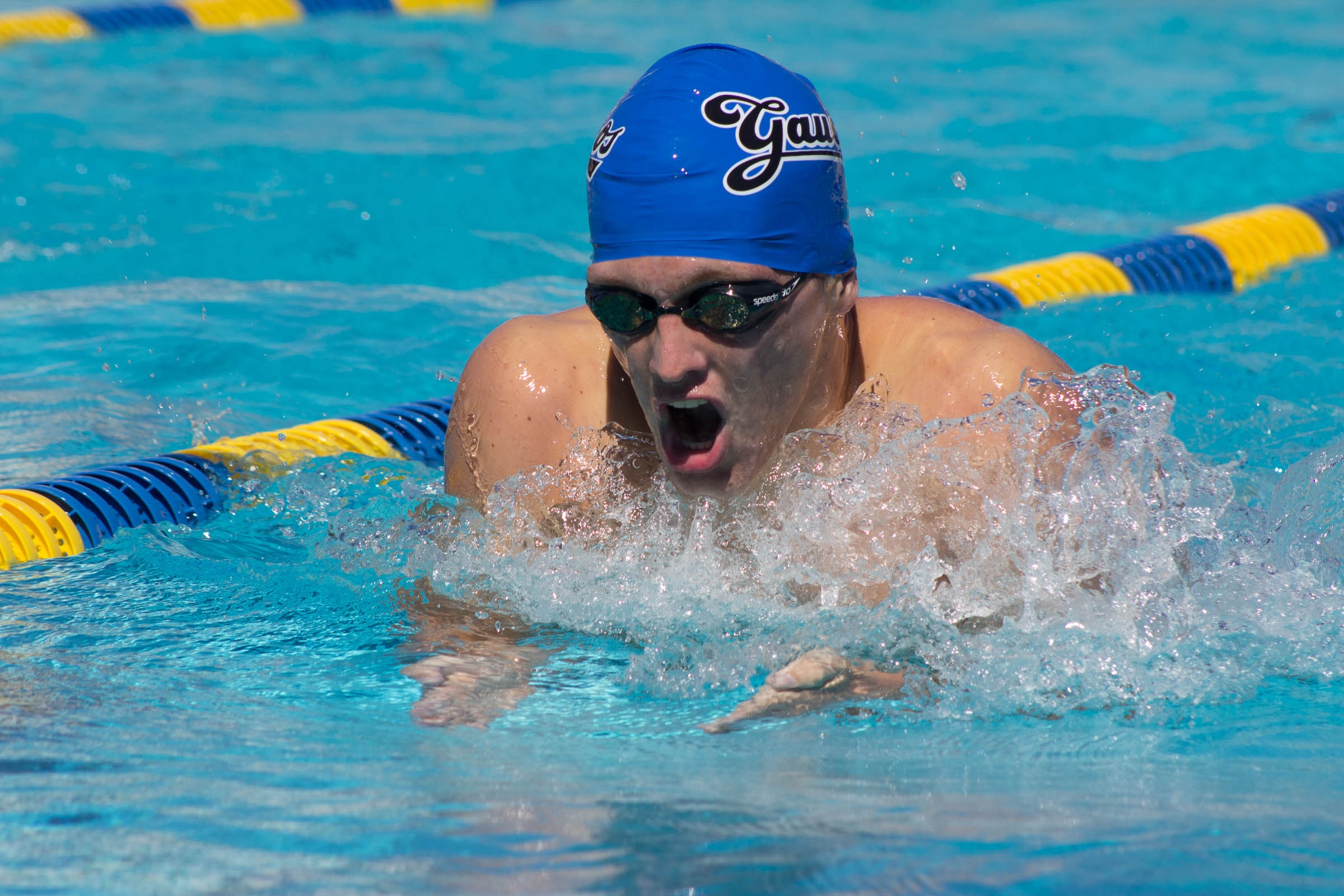 UCSB also faced off against Pepperdine University, and while the school does not have a men’s swim team, the Gauchos beat Pepperdine’s women’s team by a commanding 221.5-39.5 final score.

The Tritons performed exceptionally well against UCSB in their last matchup — both of UCSD’s teams won by significant margins in 2021 — but UCSB was determined to bounce back against their rival, and this year they did so in an impressive fashion.

“You can just tell by our record … this year as compared to last year; we just came to win this year,” sophomore Austin Sparrow said. “[UCSD is] also a very, very fast team and very competitive with us, but we wanted to show that we were the better team this year and hopefully [will be] for years to come.”

While the team experienced a collection of individual successes throughout the meet, such as sophomore Matthew Driscoll and freshman Nina Statler’s respective first-place finishes in the 50-yard freestyle, the team’s triumphant relays are what ultimately secured a victory for the Gauchos.

“Our saying this year is ‘only Gauchos beat Gauchos,’” she continued. “It doesn’t matter who touches the wall, if it’s me or a friend or any of my teammates. All that matters is that Gauchos are scoring points for the Gauchos.”

Like most other collegiate sports teams, UCSB swimming requires a supportive, convivial team culture to be successful. One measure the organization takes to maintain a sense of camaraderie between swimmers is to combine the men’s and women’s practices, as opposed to keeping the two teams separate for training.

“A lot of practices on other collegiate teams are split between men and women … but we don’t do it like that,” Nibarger said. “We have the women race the men, the men race the women and so on, and it’s just a very strong team dynamic where the men and women are able to race and cheer on each other and encourage each other.”

After Saturday’s meet, the men’s team holds a 2-0 win-loss record, while the women similarly stand at 2-1. With their respective strong starts to the season, both Gaucho teams will look to win the Mountain Pacific Sports Federation Swimming Championship [MPSF].

“The goal is always to win the [MPSF] conference,” Sparrow said. ​​“​​I’m really excited to see what [times] everyone goes at our upcoming midseason meet and then I know that however fast we go, it’ll carry on to our conference meet.”

The Gauchos’ next meet is the Utah Tech Invite in St. George, Utah, which will take place from Nov. 16-19.