County Supervisors Gregg Hart and Joan Hartmann drafted a letter to the Office of the Chancellor last year expressing concerns about the proposed Munger Hall dormitory, documents obtained by the Nexus show. 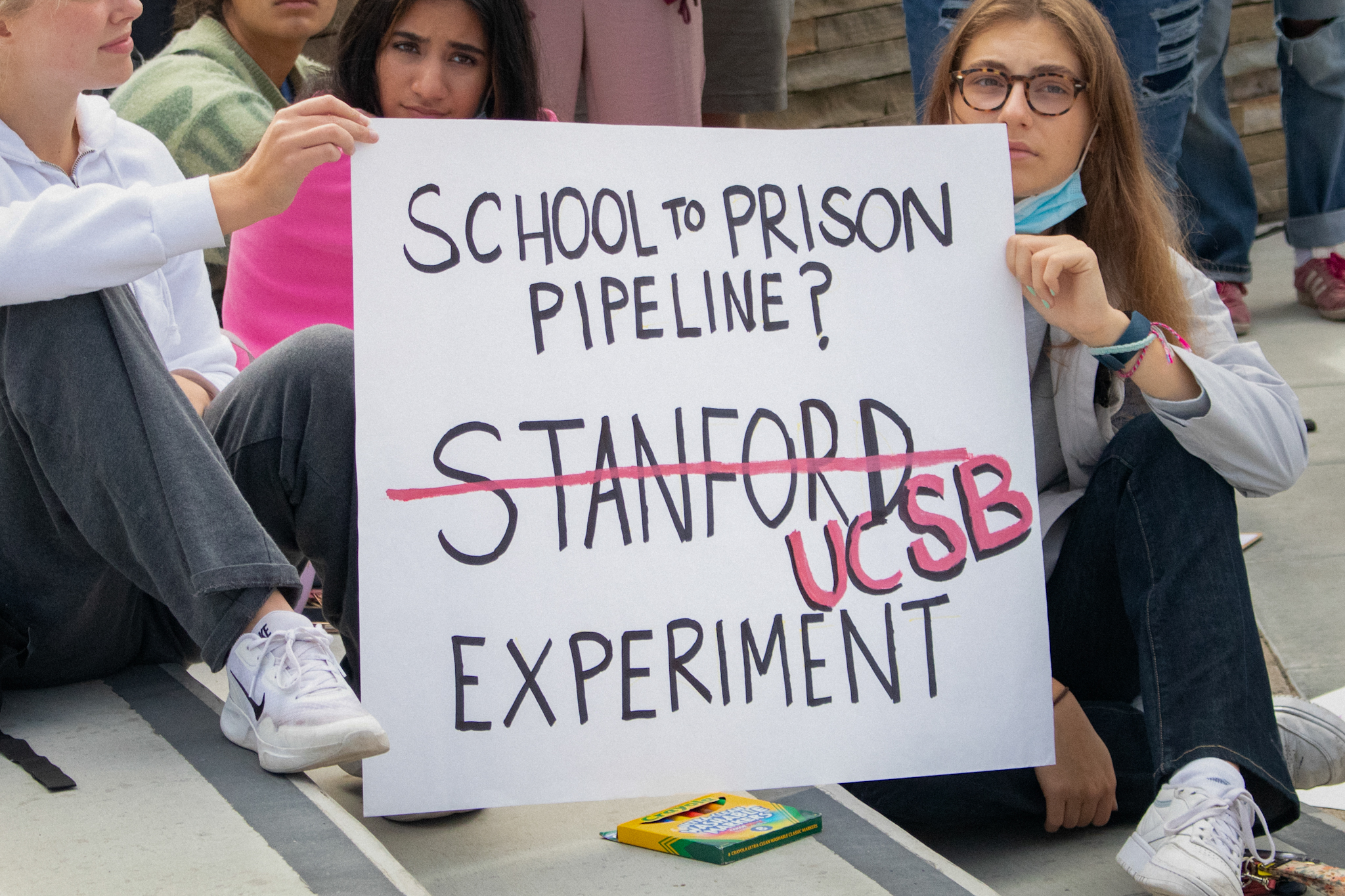 “This project borders on experimentation and is of grave concern to public health and safety officials,” the supervisors wrote.

The undated letter, obtained by the Nexus through an anonymous source, provides insight into the concerns the supervisors and a number of county officials had with the Munger Hall project last fall. The supervisors took issue with the scale and density of the project and its use of artificial windows in student bedrooms.

County leaders only learned about the plans for the dormitory the day it was publicly announced on July 27, the letter said. Following the announcement, the County Sheriff’s office, Fire Department, Planning & Development officials and Public Works all voiced concerns about the project to the university privately in writing on Aug. 12, 2021, according to the letter.

Officials raised a number of issues related to emergency response, questioning the ability of UC Santa Barbara to evacuate and situate several thousand students from the building and the difficulty for emergency personnel to access windowless bedrooms.

Rob Hazard, a division chief at Santa Barbara County Fire Department, said to the Nexus that the department delivered private comments to UCSB to suggest changes and areas that the project’s Environmental Impact Report should address.

Hazard expressed concerns regarding coordinating fire and emergency responses at Munger Hall by way of Mesa Road, the only route to access to the proposed site of the housing complex. Hazard said the road often experiences heavy traffic congestion when events occur on campus and in Santa Barbara, impeding emergency response to the dormitory.

If a significant fire involving even a quarter of the building were to occur, it would require a response from every fire truck in the Santa Barbara south coast, according to Hazard.

“It would completely tie up the entire county. All of the fire agencies in the county would be, in some manner, impacted,” he said.

The dorm would rely almost entirely on its internal fire suppression systems to prevent a catastrophic fire.

“It’s so far outside anything that we’ve ever seen before … essentially an almost 100% reliance on the interior fire engineering systems of the building to prevent a catastrophic fire,” Hazard said.

The letter demanded UCSB to address county officials’ safety concerns, given that any shortcomings related to safety would present a burden to the county.

“In the event of a singular medical emergency or a large-scale event, compensating for the public health and safety shortcomings of this facility, as currently proposed, will fall squarely on the shoulders of Santa Barbara County Fire, Sheriff and Emergency Medical Services,” the letter read. “Their concerns must be heeded and addressed in order to protect the health and safety of the first responders and those they are sworn to protect.”

The supervisors wrote in the unsent letter that their concerns about the project were derived from the project’s announcement in the form of a Notice of Preparation letter and presentation, which provided an overview of the project, and that the project should not be constructed as outlined in the announcement.

“Housing must be built today that cannot compromise students’ wellbeing,” the letter concluded. “We urge the University to return to the vision of the 2010 LRDP and supporting EIR, and establish an immediate path forward that delivers the envisioned housing plan with urgency and puts an immediate stop to the proposed project.”

County staff sat in on the presentation and were surprised by the proposed physical scale of the project, Hartmann’s District Representative Gina Fischer said in a statement to the Nexus.

“Staff was quite surprised about the proposed size, particularly the height of the project, and the confirmation that individual bedrooms would not have access to natural light,” she said. “We greatly look forward to UCSB, a crown jewel of the Central Coast, fulfilling its desperately needed housing obligations.”