The Daily Nexus
Sports
Men’s soccer fizzles to No. 2 to end regular season
November 4, 2022 at 7:30 pm by Jacob Davis

The UC Santa Barbara Gauchos fell to No. 2 behind the UC Riverside Highlanders after they dropped points in the final two games of conference play. The team will still maintain the No. 2 position in the Big West Tournament despite the 2-2 tie to the UC Irvine Anteaters and the 4-1 loss to the Highlanders. The No. 2 spot assures a first round bye that will see the Gauchos directly through to the semifinals. 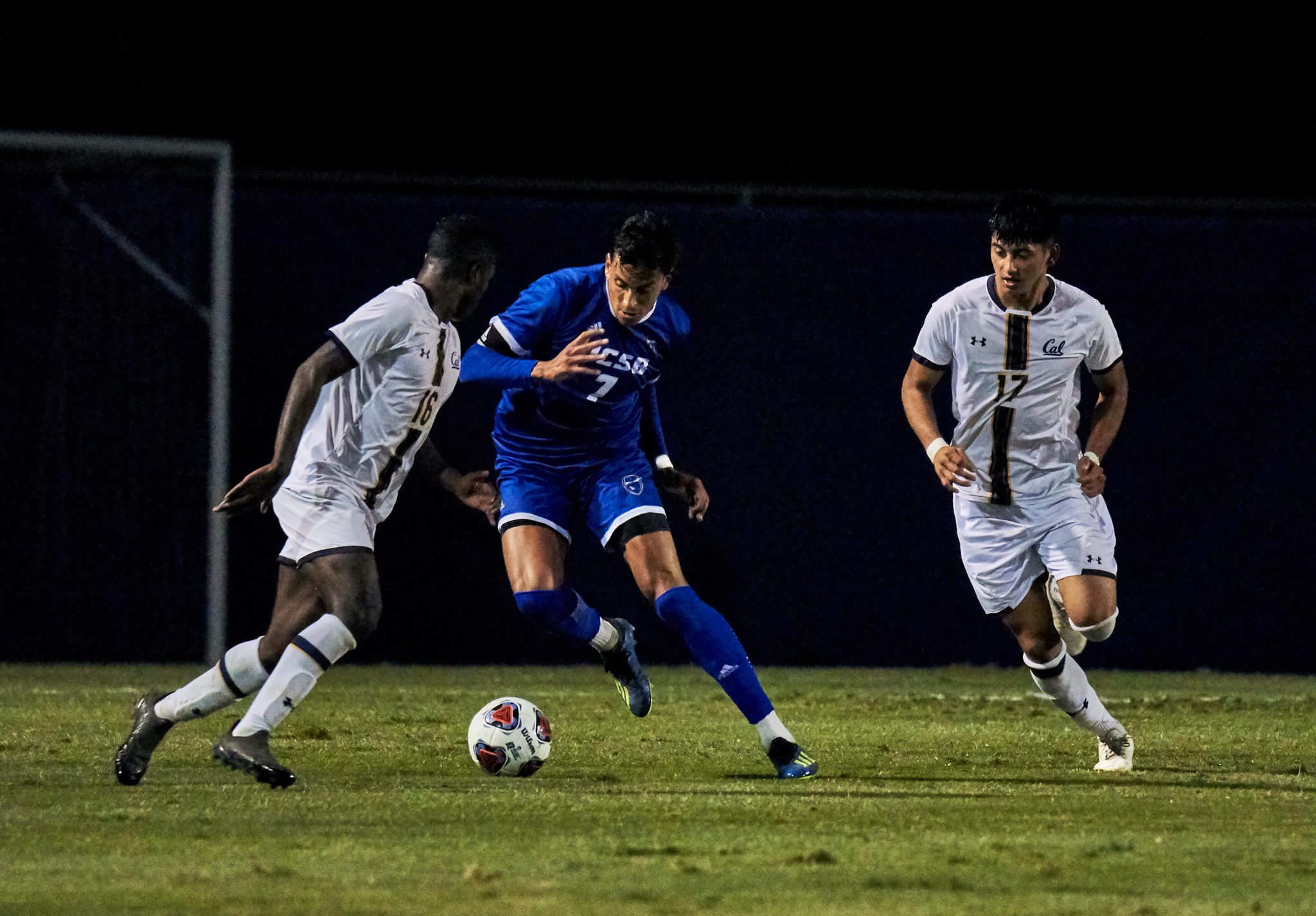 The Oct. 26 match against the Anteaters was a makeup game that was postponed due to weather on Oct. 15. Junior midfielder Finn Ballard McBride added 2 more goals to his impressive season and moved into 4th all time scorer with 31 goals. Ballard McBride took the responsibility for the penalty earned by sophomore defender Pablo Figueroa and faked the Anteater goalkeeper with a stutter step. His brace came from a precise through ball from junior midfielder Nemo Philipp which he shot across the face of goal into the left side of the net. McBride converted 2 of the team’s 4 shots on goal, but were limited to 11 overall compared to the Anteaters’ 16.

The defense was pounded by the Anteaters’ attack who had 10 shots on goal. Junior goalkeeper Leroy Zeller impressively made 8 saves, but ultimately let 2 through — one off a free kick and the other from a rebounded shot.

The team’s defensive woes continued into Saturday, Oct. 29, where they conceded more goals in one game than the rest of their conference games combined — amazingly, that total was only 4. The first 2 goals for the Highlanders mirrored the Anteaters’ in the game prior — a set piece and a rebounded shot — highlighting some weak points in the Gaucho defense that previously tied the school’s shutout record. Zeller has been impressive with his saves throughout the season, but when he is tasked with a difficult stop that can’t be trapped, the back line needs to be quicker in taking back possession and clearing the ball from danger.

The offensive was more lively in the match despite the result. The Gauchos outshot the Highlanders 17-10 with 10 of them on goal but failed to convert any of them. The team encountered a similar issue in their 1-1 draw with the Cal Poly San Luis Obispo Mustangs. The recent struggle with finishing has prevented the Gauchos from securing a win in the last 3 matches.

The Gauchos have a week to fix their offensive and defensive troubles before their next match on Saturday, Nov. 5, at Harder Stadium. They will play the winner of the quarterfinal match on Nov. 2 between UC Irvine and Sacramento State.

A version of this article appeared on p. 7 of the November 1, 2022 print edition of the Daily Nexus.