People Assisting the Homeless in Santa Barbara is facilitating student volunteering regularly at the houseless shelter in downtown Santa Barbara. 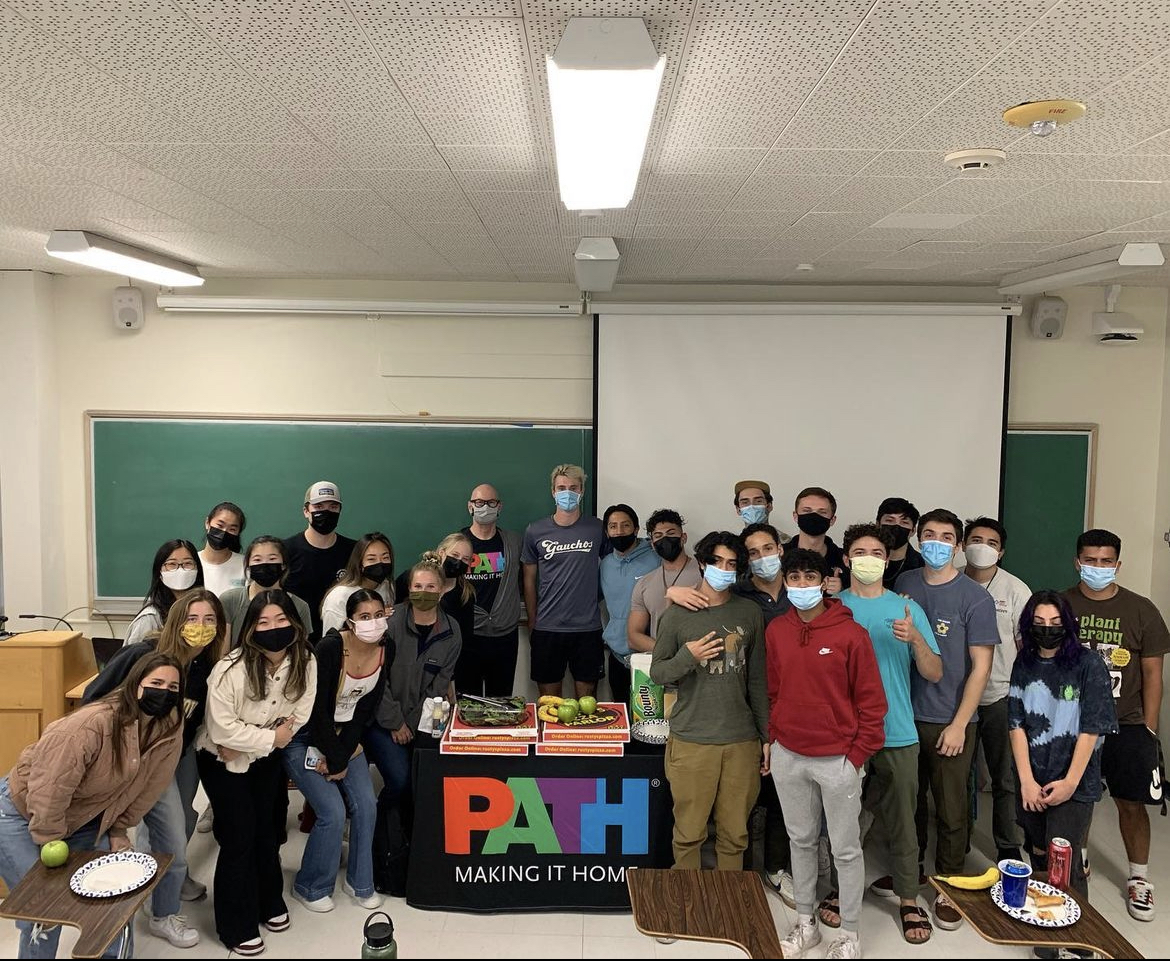 Currently, P.A.T.H. UCSB has around 80 regular members fulfilling breakfast, lunch and dinner shifts at the shelter. Courtesy of PATH UCSB

P.A.T.H. UCSB provides an avenue for students to regularly volunteer at the shelter, primarily through preparing and serving meals to P.A.T.H. residents.

The club was established last fall quarter, according to club president and fourth-year biopsychology major Camille Balagtas, but gained more traction in membership during winter quarter.

“I started volunteering in January, and my friend and I would go every Friday to serve lunch,” Balagtas said. “It’s really nice because when you’re serving food, most people are really open to talking to students and get really excited about talking about majors and classes.”

Balagtas said the club was initially started by several members of the Mu Delta pre-medical fraternity as a way of fulfilling volunteer hours but quickly expanded to all of UCSB. Volunteering once this quarter is mandatory for current members.

Currently, P.A.T.H. UCSB has around 80 regular members fulfilling breakfast, lunch and dinner shifts at the shelter.

The club is developing larger initiatives alongside their regular volunteering. According to Balagtas, the club received a $1,000 grant from the university through UCSB First, and additionally fundraised over $1,000 through events last year.

The club plans to distribute over $1,000 to houseless residents at P.A.T.H. in the form of Target gift cards.

“Originally, we wanted to actually go to Target and buy all the supplies, but we realized it’s a big thing for them to be able to purchase it on their own,” Balagtas said. “So we’ve transitioned into having that money be $50 to $100 Target gift cards for each resident to go and shop with their social worker. We’re actually handing out those gift cards this week.”

The club is hosting a winter clothes drive during Weeks 6 and 7 of fall quarter to provide warm clothing for shelter residents. Balagtas said the club also has money “on reserve” for any emergency supplies that the P.A.T.H. volunteer coordinator and Associate Director of Development and Volunteer Programs John Bowlin may request.

“J.B., who’s the main contact volunteer coordinator at P.A.T.H., lets us know if there’s an emergency and we need toothbrushes or toothpaste or anything else, so we have that money on reserve for him,” Balagtas said.

One endeavor Balagtas hopes to fulfill this year is holding social events that allow P.A.T.H. residents to speak to volunteers, as she said the time constraint of regular meal services allows little room for casual conversation.

“I could tell that a lot of the residents want to have that social outlet,” Balagtas said. “I know that that’s not true for everybody, but I have noticed that there’s a handful of residents there that do seem to enjoy casual conversation and miss that outlet.”

Balagtas proposed hosting a bingo night or coffee social hour run by P.A.T.H. UCSB volunteers, where there will be enough downtime for volunteers to “ask [residents] questions about their life or they could ask questions about our life,” if residents are open to participating.

Events in that vein would foster connection and contribute to a better understanding of the houseless population in Santa Barbara, Balagtas said. Through her regular volunteering at P.A.T.H., Balagtas said she developed connections with the houseless residents she met, and seeks to include as many people as possible in P.A.T.H UCSB’s efforts of aid.

“The people I’ve met have real stories, and they are people beyond being homeless,” Balagtas said.