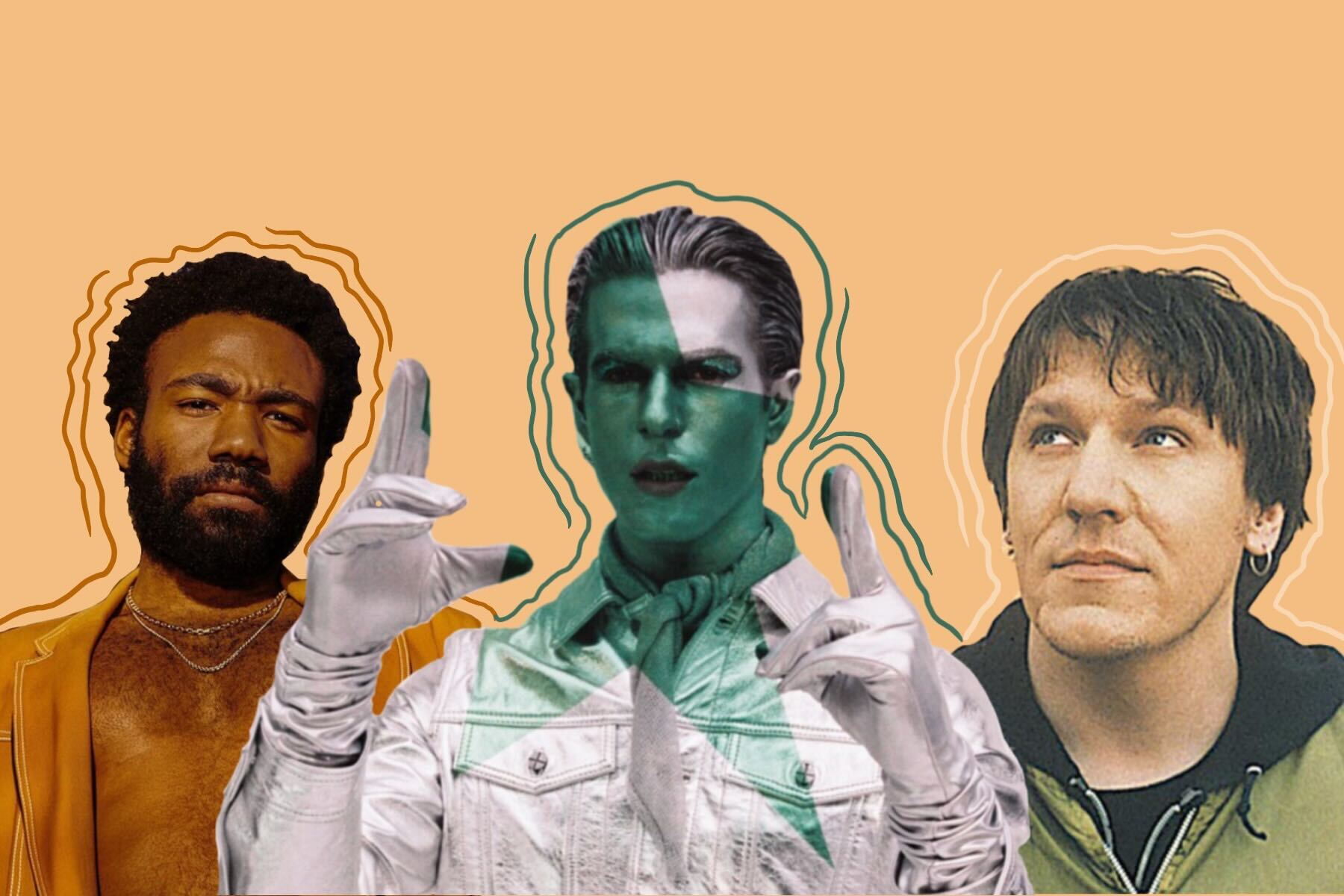 “Because the Internet” by Childish Gambino:

At the beginning of my sophomore year of high school, I took a trip out east to visit my sister at college. I flew to Massachusetts from my home state of Minnesota all alone. All I had with me was a little suitcase and a backpack filled to the brim with various notebooks, way too much stationary and an 800-page APUSH textbook. Although it wasn’t my first time flying alone, in that moment I felt like the most mature teenager to ever walk through an airport gate. Playing through my earbuds was Gambino’s second studio album “Because the Internet,” my favorite album at the time. The album held a special place in my heart — a classmate of mine showed me “IV. Sweatpants” in middle school, and I also had my first kiss freshman year while “3005” played in the background. I let Gambino’s vocals fill my ears and past memories flood my brain while walking through the airport and sitting in the backseat of a Lyft once I arrived in Massachusetts. I will always associate “Because the Internet” with my middle and high school years, and I frequently find myself seeking out those feelings during stressful times in college. My favorite track off the album is “III. Urn.” Gambino sings, “I watch ‘em all pass by / The moon and the stars,” which brings me back to that safe feeling of looking up at the tall midwestern trees adorned with bright orange and yellow leaves.

If I had to name a singular artist who completely encapsulates the feeling of autumn in their music, I would name singer-songwriter Elliott Smith without any hesitation. The longing for past warmth and simultaneous emotional preparation for the harsh cold are central feelings across all of Smith’s discography. As my third favorite artist of all time, Smith has shaped such a huge part of my life and has also helped deepen my love of music. It’s hard to name my favorite Smith album, since all of them are 10/10’s for me, but I do think “Either/Or” has to be my number one, just considering how much of an impact it has had on me. I started listening to this album at a very young age, unaware of Smith’s horribly tragic passing in 2003. When I was older, I learned more about Smith and his struggles with mental health, finding great comfort in this. What a beautiful concept — a more or less damaged human who made art that greatly helped those struggling with similar issues. My favorite track off the album is “Angeles.” Smith’s guitar strumming on this track is unbelievable; one person commented on a Youtube video of Smith playing this song live, “It’s tough not to screw up a song this hard to play. The finger picking isn’t a problem as much as the sheer speed is.”

Easily one of my favorite albums of all time, “Grace” by Jeff Buckley is an album near and dear to my heart mainly because it is one I grew up listening to. I went to Catholic school for a greater portion of my pre-college years, and Buckley’s cover of Leonard Cohen’s breathtaking song “Hallelujah” was — strangely enough — played at my Catholic school every now and then, and I also listened to it many times in the car with my mom. I stumbled across other tracks on the album, such as “Lilac Wine” and “Lover, You Should’ve Come Over,” while perusing the different albums my family had purchased on Apple Music on my iPod touch. “Grace” reminds me of the fall season while at Catholic school. Jeff Buckley also reminds me of my mother who, along with my father, blessed me with so many great albums that I listened to when I was young. Being out of state and having a very close relationship with my parents, I search for any way to experience those safe feelings of home. My favorite track off the album is “Last Goodbye.” In fact, this track features my favorite instrumentals off the whole album. Buckley sings, “Was there a voice unkind in the back of your mind / Saying maybe you didn’t know him at all / You didn’t know him at all,” which always seems to bring me feelings of comfort and safety knowing that I’m not the only one who has been fooled by love once or twice.

“Chip Chrome & The Mono-Tones” by The Neighbourhood:

I can easily say that “Chip Chrome & The Mono-Tones,” an album I listened to heavily last fall during the beginning of my freshman year of college, is my favorite album by the Neighbourhood (sorry not sorry). Although the fall quarter of my freshman year was not the easiest time in my life, I listened to some really great music, which definitely made up for the tough times. I had a math class section that ended at sunset, and one of my favorite memories was walking back to my dorm after my section ended listening to this album on repeat. Sometimes I wish I could relive my freshman year; I would’ve done a lot of things differently and become involved with more things, but then again, the whole point of freshman year is to figure out what you don’t like and don’t want to repeat. What I do know is that I am eternally grateful to have found an album such as this one to stick by my side during the rather tumultuous moments of the beginning of my first year of college. My favorite track off the deluxe version of the album is “Here We Go Again.” Lead singer Jesse Rutherford sings, “You say you want it to be great again / But it was never that way to begin with,” a jab at Donald Trump’s presidential slogan. Rutherford shared his thoughts on the political climate in the U.S. in an interview with Pigeons & Planes a month following the release of the album: “All we’re doing as a society now is pulling the curtain back, looking at all the gross bullshit behind it, and then staring at it and not knowing how to move forward from it.”