UC Santa Barbara — dubbed a Hispanic-Serving Institution in 2015— announced its membership to the Alliance of Hispanic Serving Research Universities this month. The Nexus spoke with Hispanic students affiliated with Latinx-serving campus student organizations to examine how successfully the university provides for Hispanic students. 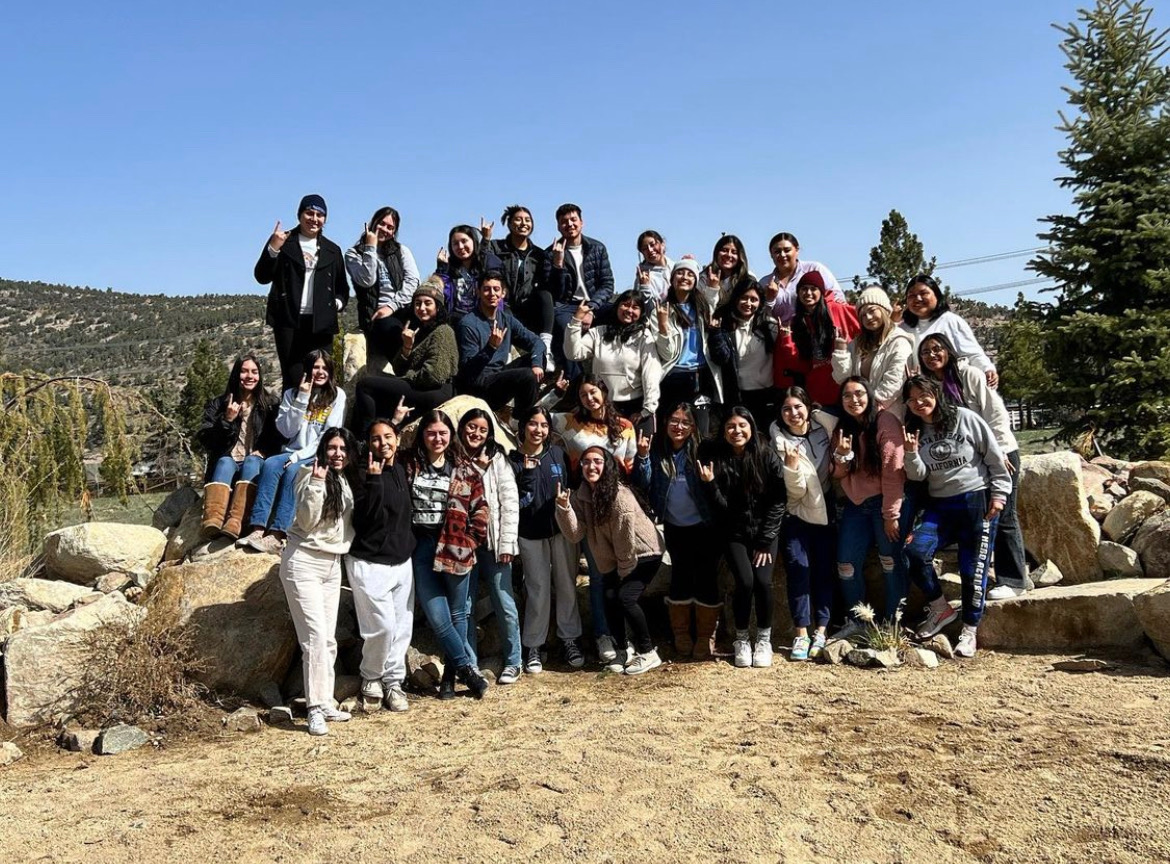 The Nexus spoke with Hispanic students affiliated with Latinx-serving campus student organizations to examine how successfully the university provides for Hispanic students. Courtesy of Hermanas Unidas

The goal of the alliance — which spans nine states and 20 other institutions — is to double the number of Hispanic doctoral students and increase the Hispanic professoriate by 2030, an August press release from UCSB stated.

UCSB has held the Hispanic-Serving Institution (HSI) designation — which is given when an institution’s 25% or more of enrolled students are Hispanic — for seven years, and was the first member of the Association of American Universities to earn the title.

The designation offers eligibility to apply for Minority-Serving Institution grants, internships and partnerships to fund various programs on campus that serve Hispanic students. Some of these programs include Educational eXcellence and Inclusion Training Opportunities, Field-based Undergraduate Engagement through Research, Teaching and Education, Opening New Doors to Accelerate Success, among others.

“UC Santa Barbara has been a trendsetter,” said director of the Chicano Studies Institute at UCSB and professor of Chicana/o studies Dolores Inés Casillas in the press release. “We are a stronger R-1 institution because we are a minority-serving institution. You cannot offer a top-tiered educational and research experience without a diverse body of students, faculty and staff.”

The University failed to respond to multiple requests for comment regarding the details of joining the alliance and the benefits it will provide Hispanic students and faculty.

Not all of UCSB’s Hispanic population believes that UCSB fully commits to supporting Hispanic students to navigate their undergraduate careers. For fifth-year history of public policy and law major Christian Zuniga, progressing through UCSB as a first-generation student was far from easy.

“I’m a first generation student — I have Mexican ancestry, my parents are immigrants, and I was kicked out of the university at some point,” Zuniga said. “I realized that it was a lot of things on my end, but also to the institution itself, I felt didn’t properly equip me with the knowledge and information as a first generation student to be able to deal with oncoming issues.”

Fourth-year Spanish major Erik Magana spoke to the lack of communication and awareness of resources on campus as a Latinx student, saying that he always personally had to go the extra mile to seek out resources.

“I feel like I’m doing good only because I’ve really, really taken the initiative to seek it out,” Magana said. “For someone who’s floating around, doesn’t know what they want to do, it’s gonna be really hard.”

Magana noted that within his own social circles, he’s seen his friends struggle to graduate on time or at all because of a lack of university support.

“The amount of friends that I’ve had not graduate because of one or two classes that they weren’t told about post graduation is ridiculous, and that’s just my circle,” Magana said. “That shows how understaffed and under-resourced academic advising is … and Latinx students are the ones that are going to be impacted the most, being that they’re more likely to be first generation and low income.”

“I personally haven’t used the resources on campus [because] I’m not quite sure how to get there,” Jaime said. “I think there could be easier steps for students to find out how to access these resources.”

Zuniga said he wishes he was aware of the resources available for academic assistance, and noted that being a HSI doesn’t stop at just meeting the threshold for enrollment of Hispanic students.

“Yeah, I got accepted, but how are they assisting me in retention and me graduating in a major that I initially came in with?” Zuniga said. “I remember when experiencing that, just feeling so frustrated and thinking that I’m dumb, when in reality, I feel like it was an institutional failure.”

Students expressed a consensus of frustration regarding the lack of communication between the university and Hispanic students, resulting in students being unaware of various resources or confronting an inaccessible system. As a part of Hermanas Unidas — a campus organization that provides leadership opportunities and resources for Latinx students — fourth-year sociology major Anelis Herrera saw many third and fourth years who were unaware of the organization’s existence until they joined this year for the first time.

“It always made me sad that we would get third and fourth years and we’d be like, ‘Why didn’t you join since your first year,’ and they’d say, ‘We didn’t know about the club,’” Herrera said.

For Jaime, the initiation and promotion of resources and services for Latinx students is primarily acted upon by student-led initiatives, with student campus organizations taking the lead in holding spaces for and supporting Latinx students.

“I feel supported by the org that I’m a part of, not necessarily the school,” Jaime said. “I think Hermanas Unidas has provided a home away from home for me. My first year was definitely very hard with socializing and trying to find a community out there, but this org has definitely made my school experience better.”

Magana said that UCSB must take greater care and effort in promoting resources and targeting such resources to Latinx students and other marginalized groups that need them the most.

“There needs to be so much more communication,” Magana said. “If you Google something, it should be the first thing that comes up. If there’s an event or tabling opportunities, all these campus resources should be there. Communication is a big part of why these resources that are supposed to be used are underutilized and are just not being targeted to the students that really need them the most.”

Above all, Magana said he wishes for the university to go beyond hitting a percentage of enrollment and work on academic retention and actively supporting Hispanic students through their journeys at UCSB.

“I think the biggest piece is just embracing the HSI status and not just using it as, ‘We’ve hit this percentage,’” Magana said. “Beyond just the recruitment, you have to go so much further with the retention.”

Magana added that a more immersive and frequent distribution of resources would benefit the Latinx student community at UCSB.

“We’ve been an HSI for seven years now — there should definitely not be such slow movement on such a big campus with these initiatives,” he continued. “The money is there. We need to have acknowledgement at the university level that we have the people here and the money is there … [We need] an immersion of HSI funded initiatives that do target the communities that are underserved here.”

I googled first Gen support for UCSB students and the top link sent me to firstgen.ucsb.edu and the page is completely filled with information.