The Daily Nexus
Music
Say the name – Seventeen and its worldwide influence
September 22, 2022 at 3:14 pm by Isabella Chichioco 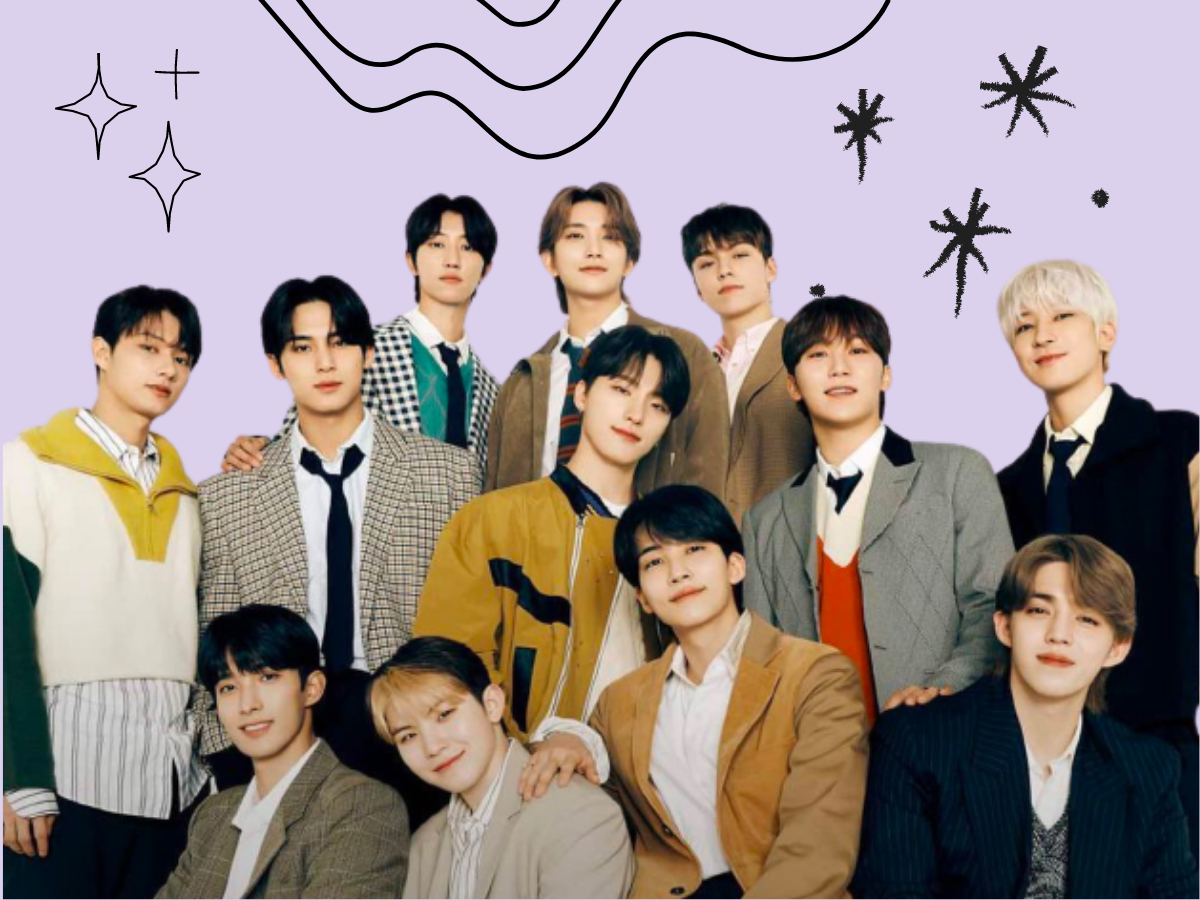 With the Hallyu wave, also known as the Korean Wave, slowly overtaking the west, K-pop groups have been solidifying themselves as artists to remember in the music industry. The Hallyu wave has roots from around the mid-1900s to the mid-2000s and it continues today, spreading South Korean culture to all parts of the world. One of the biggest contributors to the insurgence of the Hallyu wave is BTS, a seven-member-boy group who have broken numerous records in the music industry. Although BTS paved the way for many K-pop groups, many other talented K-pop groups have taken over the billboard charts since.

One such group is Seventeen, a thirteen-member-boy group signed under the South Korean company Pledis Entertainment. Seventeen made its debut in 2015, and since then, the K-pop group has become a worldwide phenomenon. Seventeen recently concluded its 2022 world tour “Be the Sun,” and tickets sold out within minutes for many U.S. venues. The group will continue to perform and is set to headline at the LA3C festival this December along with other noteworthy artists like Megan Thee Stallion and Snoop Dogg.

One aspect that makes Seventeen a stand-out K-pop group is its chemistry and charming personalities off-stage. Seventeen is one of the bigger boy groups, consisting of 13 members since its inception. Despite the large number, all of the members can showcase their talents through various television shows off-stage that helped establish their name in both South Korea and across the world.

For instance, Boo Seungkwan, the main vocalist, joins as a guest star on several South Korean variety shows, introducing Seventeen to audiences that may not normally watch or listen to K-pop. Other non-South Korean members of the group, like Xu Minghao and Wen Junhui, also attend Chinese survival shows and guest shows, furthering their group’s name across Asia.

Seventeen grew its popularity with its members’ humor,  being known as the “funny K-pop group,” making a lasting impression in all the variety shows they guest in, such as “Knowing Brothers.”

The K-pop group also has its own variety show called “Going Seventeen.” The show has several episodes, some of which have amassed over 5 million views. Seventeen furthered its popularity with a YouTube documentary titled “Hit the Road,” which followed the members on their “Ode to You” world tour back in 2020.

Not only does Seventeen make content in South Korea, but they also are featured in a lot of content in the U.S. as well. Their presence on famous talk shows and channels, such as Jimmy Kimmel Live and BuzzFeed, allowed Seventeen to grow their fan base overseas.

Another element that sets Seventeen apart from other K-pop groups is that they produce their own music and dance choreography. As K-pop idols usually expect a fast turn-around regarding the production of music albums and music videos, most groups have producers that produce music for them to ensure comebacks happen frequently. However, Seventeen self-produces most of their music, with vocalist Lee Jihoon, better known as Woozi, creating and composing many of their famous tracks, such as “HIT” and “_WORLD.” Additionally, members Hansol Vernon Chwe and Jeon Wonwoo also aid in lyric writing, creating most of the rap components in their songs. Not only does Seventeen write and compose most of their discography, they also choreograph most of their dances for their live performances. Main dancer Kwon Soonyoung, more famously known as Hoshi, choreographed the dance routines for many of the group’s songs, such as “Don’t Wanna Cry,” with this dance practice video amassing 19 million views. Although their dances are very difficult, Seventeen is able to showcase its synchronization in its dance moves, strengthening its popularity as a group that dances as one.

Seventeen established itself as a versatile force in the K-pop industry by maximizing the talents of all 13 members. Seventeen not only promotes itself as a group, but they also perform in three separate units: a hip-hop unit, a vocal unit and a performance dance unit. By taking full advantage of these subunits, Seventeen is, once again, able to create content and songs unique only to them.

For instance, in its recent world tour, “Be the Sun,” Seventeen’s three units all had a special production, creating a live performance that is distinctive only to their group. Seventeen is able to advance group promotion with individual units constantly showcasing their unique talents at different times than their counterparts. For instance, the performance unit was able to guest star in a variety show without the entire group present, and the vocal unit was able to create YouTube videos showcasing their songwriting process without the participation of other units. With the flexibility of multiple units and combinations of members, Seventeen can easily promote and show off the skills that their fans love them for.

Overall, Seventeen portrays a variety of skill sets and sides to its audiences that broaden its influence not only in South Korea but also internationally. They are also able to spread South Korean culture by showing international fans facets of their traditions. Through their on-stage and off-stage personas, self-made choreography and music and versatility in the music industry with hip-hop, vocal and performance units, Seventeen has become a household name in the K-pop industry.